Two wins at the Portland Expo over the weekend improve the Red Claws' record to a perfect 3-0. 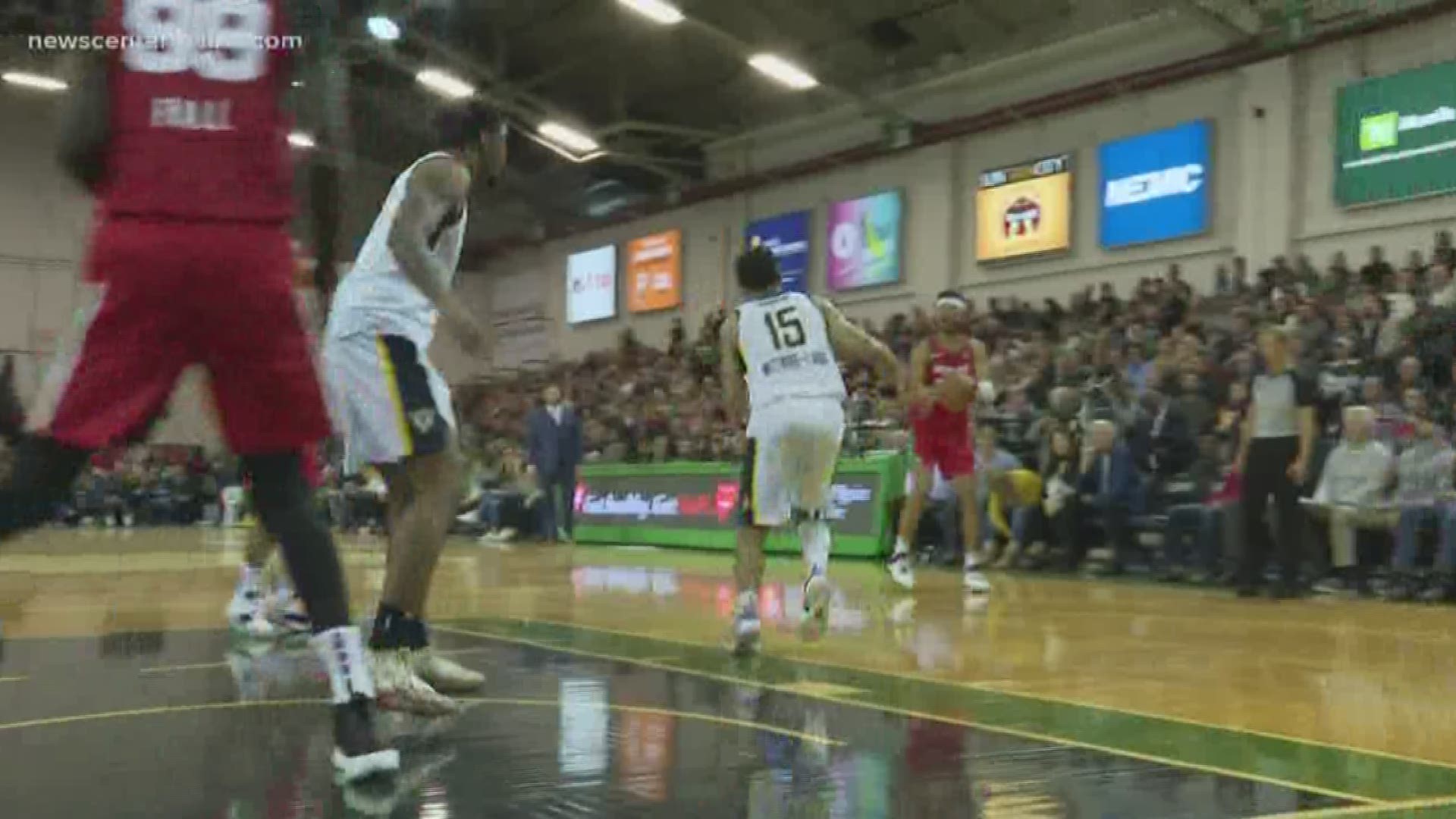 PORTLAND, Maine — As a tone setter for the rest of the season, the Maine Red Claws couldn't have done better than their opening home stand.

The sold-out crowd came to the Portland Expo on Friday, Nov. 15 with high expectations for the game against the Fort Wayne Mad Ants.

In their only previous game this season, the Claws set a new team point-scoring record with their 148-125 win against the Delaware Blue Coats. That game was played in Delaware on Saturday, Nov. 9, so Friday's game was the first chance for local fans to see the team in action.

Excitement for the team had begun building even earlier with the addition of Tacko Fall to the Red Claws roster. At 7 feet, 5 inches tall, people line up just to get a look at him. Adding to his appeal is his status as a two-way player for both the Red Claws and their parent club, the Boston Celtics.

Fall gave fans their money's worth in his first game at the Expo. He imposed his height on the Mad Ants with 6 blocked shots. His 16 points and 13 rebounds were also good for a double-double.

Joining Fall in the double-double club was Yante Maten. The 10 rebounds he pulled down were icing on the cake to go along with his team-high 22 points.

But the Mad Ants refused to be intimidated. Despite trailing by as much as 15 points in the third quarter, they cut the deficit to a single basket in the game's final minutes. Just in the nick of time, Tremont Waters came through with a three-point play to swing the momentum back to Maine, ending in a 103-100 win for the Red Claws.

RELATED: Tacko Fall a big help for a Maine non-profit

After a day off, the Red Claws went back to work on Sunday, Nov. 17, defending their home court against the Raptors 905. Three Maine players topped 20 points: Kaiser Gates (26), Tacko Fall (21) and Bryce Brown (20). Following close behind them were Jaysean Paige and Yante Maten with 17 points each.

All of those contributors on offense were too much for the Raptors, giving Maine another win, 129-115.

The Red Claws will put their perfect 3-0 record on the line in a rematch with the Raptors. But when next they meet on Wednesday, Nov. 20, it will be on the Raptors' home court in Mississauga, Ontario.