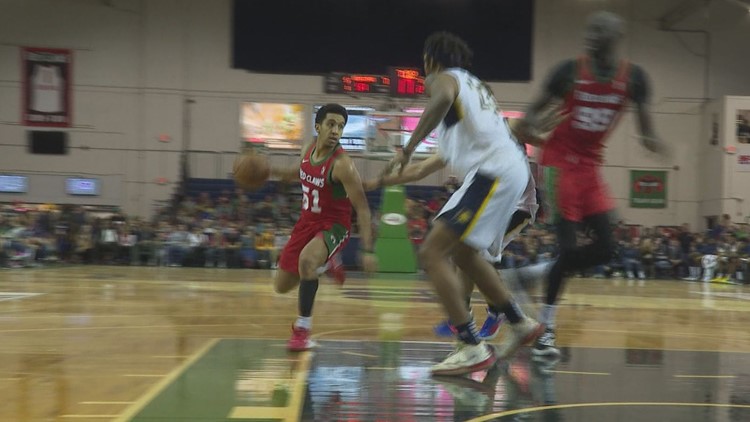 Photo by: NEWS CENTER Maine
Tremont Waters prods at the Fort Wayne Mad Ants' defense to try to find a weak spot in the Maine Red Claws' home opener at the Portland Expo on November 15, 2019.

Like fine wine, Waters can also be well aged

PORTLAND, Maine — Tremont Waters's young age of 22 belies the far bigger numbers that he puts up on the basketball court.

He celebrated his birthday on January 10 with a day off between games.

Waters has established himself this season as a standout player for the Maine Red Claws. The Boston Celtics have also used him to fill a few holes in their roster for a handful of games. His two-way contract allows him to alternate freely between the NBA and G League.

In his 16 games with the Red Claws, Waters has scored a team-leading 336. His towering impact is in inverse proportion to his status as Maine's shortest player at 5 feet, 11 inches tall.

RELATED: Having the Player of the Month wasn't enough for the Red Claws to carry the day

Waters turned in another outsize performance at the Portland Expo on the eve of his birthday. His 30 points made him the high-scorer in a 120-118 win over the Capital City Go-Go.

When the Red Claws needed a shot in the arm, Waters energized them with several key three-pointers. But another hero would emerge to join Waters in the spotlight.

The Red Claws wouldn't have won if not for a last-second shot by Kaiser Gates. It was no sure thing as it spun around the rim before finally dropping through the net as time expired in triple overtime.

After sleeping off his birthday celebration, Waters and the Red Claws will get back to work with their next game on Saturday, January 11 against the Grand Rapids Drive at the Portland Expo.

See the most fun anyone's ever had with a soggy Tacko 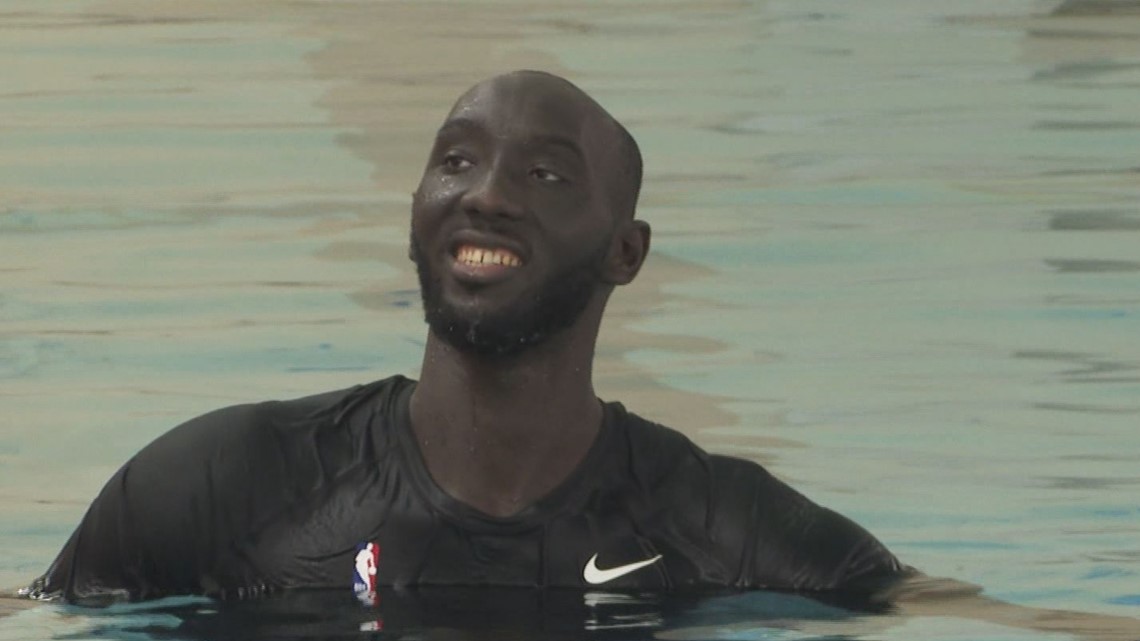