The Maine Principals Association Basketball Tournament is bringing people from all over the state to Augusta, Bangor and Portland 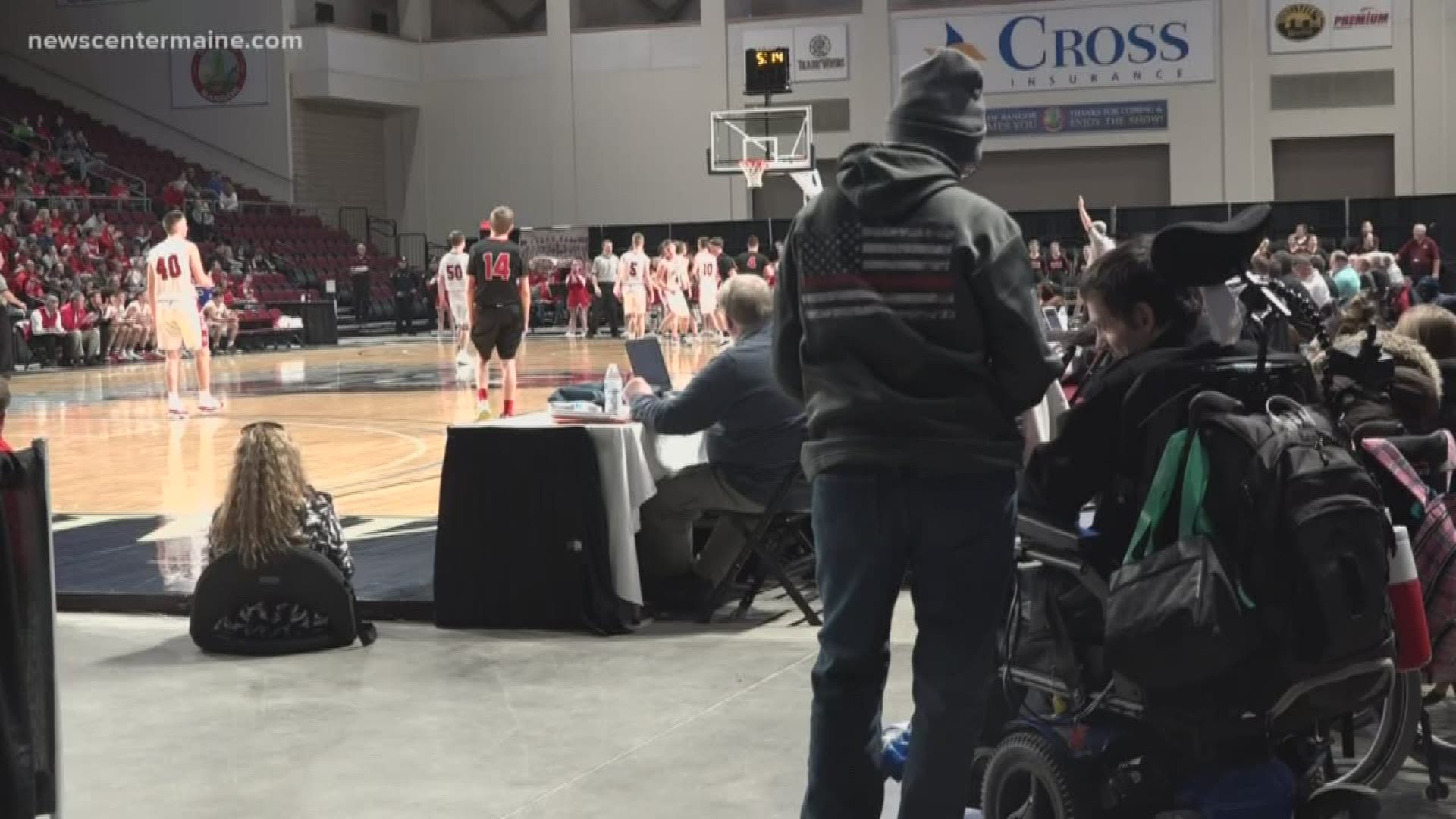 BANGOR, Maine — During the annual Maine High School Basketball Tournament, fans from all across the state flock to the courts to catch the action.

Some go for the love of basketball, others just to take in the atmosphere of competition.

"Being out in the community and um, cheering for the teams. It's really fun!" William Neal said. Neal attends the day program at Amicus with Sue Moody who works there.

Moody says it's important to get her group out in the community and to the games. Because they love basketball, too.

"They have just the same feelings we do and they love just as much as we do," she said.

Neal said it's important to get out in his community to show people that just because he has a disability, doesn't mean he's different.

"People with disabilities are just, just like you!" He said.