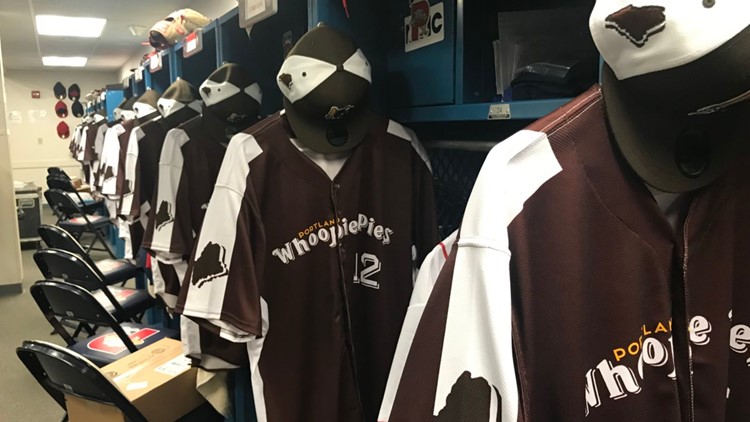 Photo by: Portland Sea Dogs
The uniforms are ready for the Sea Dogs to shed their old name and become the Maine Whoopie Pies for one game only on June 21, 2019.

PORTLAND, Maine — The baseball diamond is the latest war zone in the ongoing fight between Maine and Pennsylvania over whoopie pies.

The Portland Sea Dogs will look like a totally different team with a new name and new uniforms as they take the field on Friday, June 21 against the Fightin' Phils of Reading, Penn. Wearing special brown and white uniforms, the Sea Dogs will transform into the Maine Whoopie Pies for the length of the game.

The game between the Sea Dogs and Fightin' Phils could be considered a resumption of hostilities between the two states that each team calls home.

Chalk up a win for the Maine Legislature in round one of the whoopie wars. Round two rests on the shoulder of the Sea Dogs.