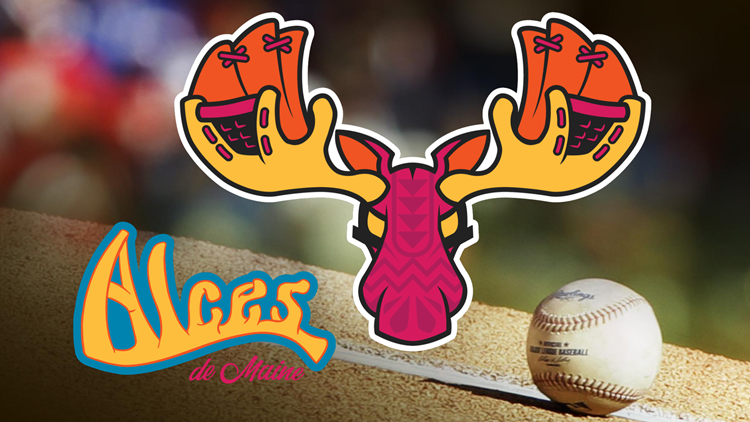 PORTLAND, Maine — With our long Canadian border and deep Acadian roots, French is the second language most commonly associated with Maine. But for one day this summer at Hadlock Field, Spanish will take its place.

The Portland Sea Dogs are inviting their fans to join them in a celebration of Hispanic culture at the game on Friday, May 15, 2019.

The event is part of an initiative across Minor League Baseball to strengthen ties to Hispanic communities within the areas where its teams are located. That community isn't as big in Maine where Franco-American culture remains predominant. Living here can be quite an adjustment for the Sea Dogs' Spanish-speaking players.

"Many of our players have a Latino heritage, it is important for us to support them, just as they have embraced our community in Maine," said Geoff Iacuessa, the President and General Manager of the Sea Dogs.

The Sea Dogs are showing their commitment to the outreach effort by giving themselves a total makeover. They'll assume a new identity for the game as the Alces de Maine, complete with new uniforms and logos.

Alces means moose in Spanish. Fittingly, a big rack of antlers will grace the team's uniforms. Its many prongs are meant to symbolize Maine's increasingly diverse population. The antlers are also stylized to evoke a pair of baseball gloves to show how Maine embraces cultural differences.

The Alces' opponents are also getting in on the act. They'll be playing against the Luchadores de Reading, otherwise known as the Reading Fightin' Phils.

Changing their identity has become an annual tradition for the Sea Dogs. Last season, they reinvented themselves as the Maine Whoopie Pies for a single game. These transformative stunts are also a way to increase revenue by creating new merchandise to sell.