The Blue Jays were denied by the Pennsylvania Department of Health Wednesday to play at PNC Park in Pittsburgh. 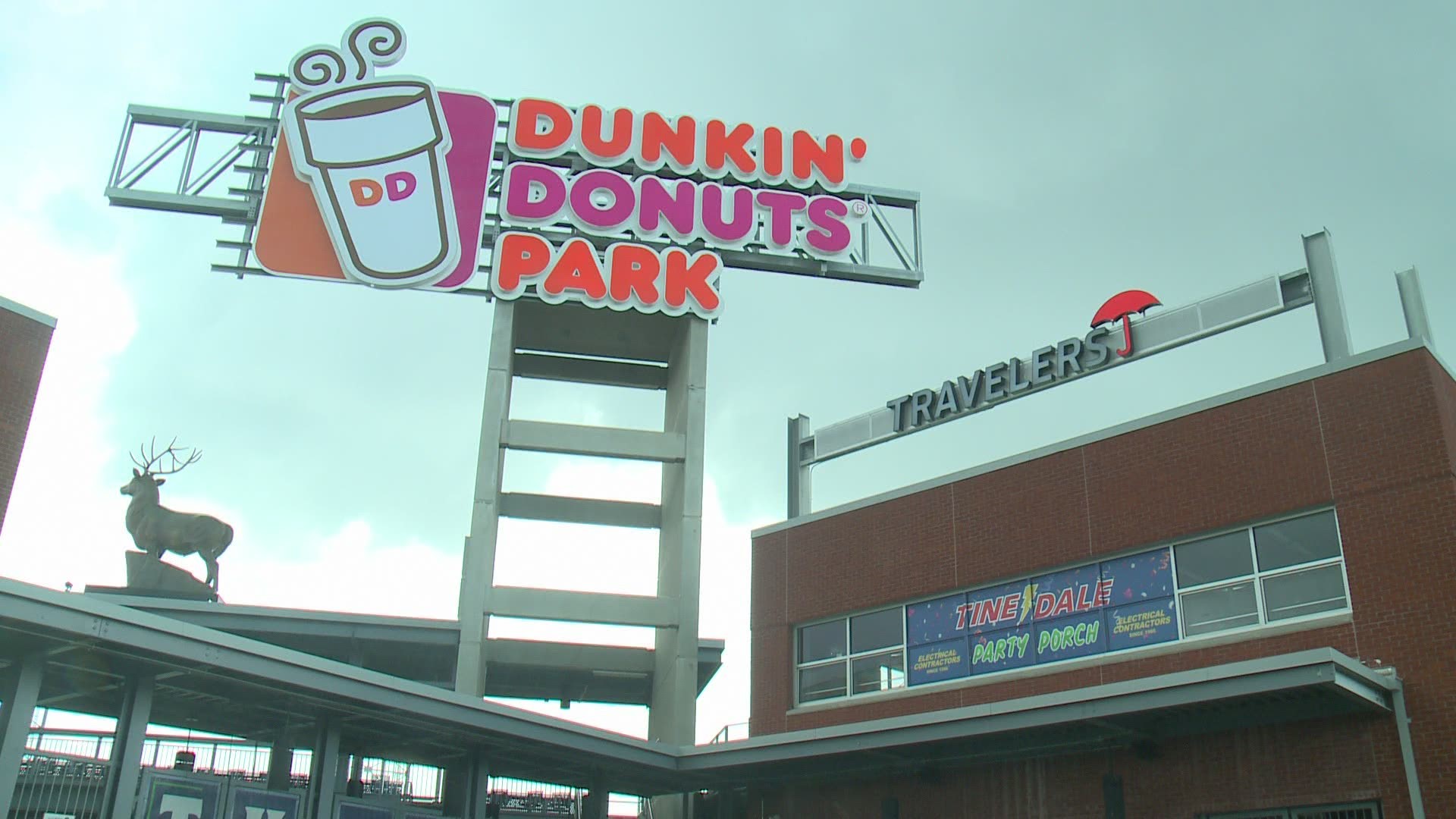 HARTFORD, Conn — On July 23, the first pitch of the 2020 MLB season will be thrown as America tries to return to normal amid the COVID-19 pandemic. However, the league's only non-American team has already hit a roadblock.

The Pennsylvania Department of Health announced on Wednesday the Toronto Blue Jays will not be allowed to play at PNC Park in Pittsburgh for the shortened season. The league has agreed on playing only 60 games as opposed to the standard 162.

Mayor Luke Bronin saw this on Twitter and offered a solution, have the Blue Jays play at the empty Dunkin' Donuts Park on Hartford.

Hey @BlueJays — #Hartford’s ready. And CT is just a better place to be.
Cc @GoYardGoats https://t.co/o6hQMKKBgc

The Hartford Yard Goats who call DD Park their home during the spring and summer months had their season in June canceled due to COVID-19. The 6,121-seat would be a viable option for both the city and the major league club.

The Max Restaurant which has restaurants all over Greater Hartford, CT/Springfield, MA region, also tweeted their support of the move.

We are ready. #Hartford https://t.co/ZmzppG7DIm

WGRZ reports Canada denied the Blue Jays' request to play in Toronto because the regular-season schedule would require frequent travel back and forth from the United States, where COVID-19 cases are surging. Canada has flattened the epidemic curve.

As of July 22, The Blue Jays have not responded to Bronin.