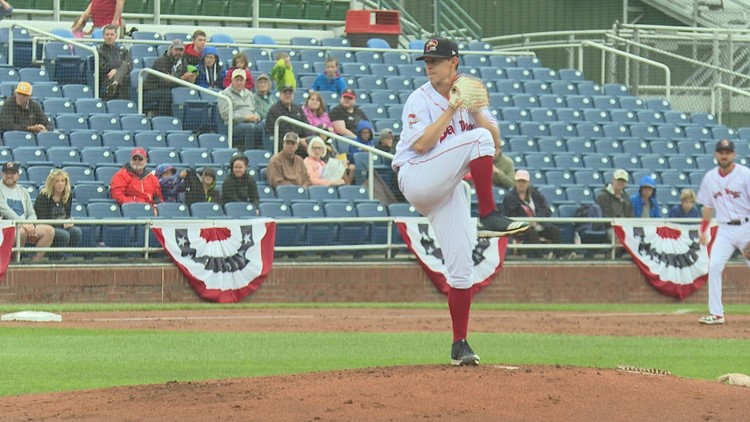 Photo by: NEWS CENTER Maine
Despite Matthew Kent's best efforts on the mound, the Portland Sea Dogs lost the last game of the 2019 season, 8-7, at home in Hadlock Field to the New Hampshire Fisher Cats.

Foresight is 2020 for the upcoming Sea Dogs season

PORTLAND, Maine — Baseball season ended in New England this week when the Red Sox failed to make the playoffs. The farm system has a big role to play in ensuring a better outcome next year. And the Portland Sea Dogs already have their preparations well underway.

The April weather can be a challenge in Portland with the threat of snow still a serious possibility. The grounds crew at Hadlock Field will get a bit of a break this year with only seven home games on the schedule for April.

The Sea Dogs will make up for their early travels by backloading the season with the year's longest homestand, running for eight games from Aug. 31 to Sept. 7.

Families that are looking for a holiday activity have several games from which to choose. The Sea Dogs will be at home on Memorial Day and Labor Day. Independence Day celebrations at Hadlock will take place a day early at the game on July 3.

The Portland Sea Dogs are the Red Sox's Double-A affiliate. They finished their 26th season in 2019 at the bottom of the Eastern League's Eastern Division with a record of 62-77.