Baseball is back for Maine teenagers

The independent summer league is allowing kids to make up a lost high school season at parks across the state. 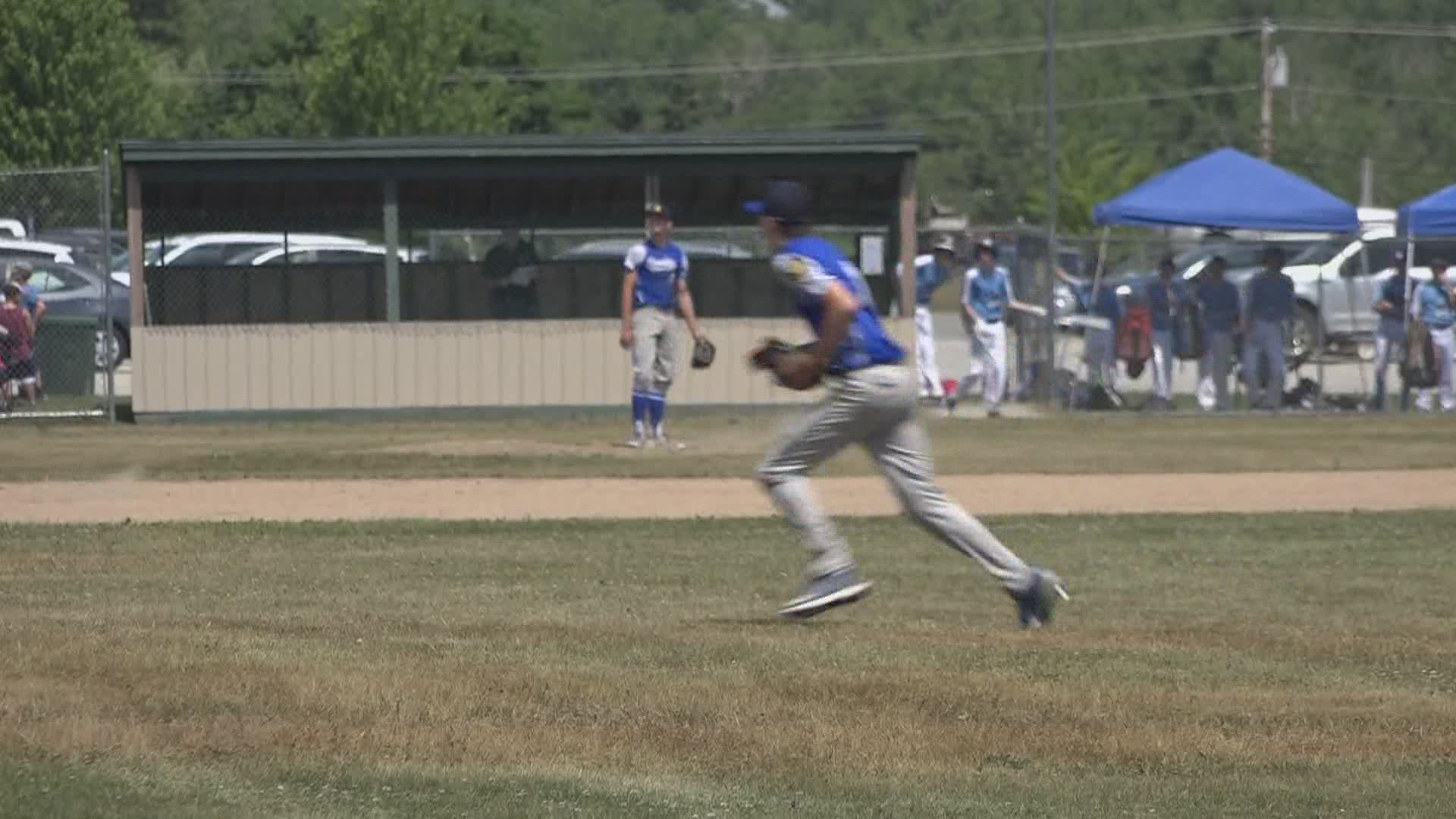 HERMON, Maine — Baseball and lobster rolls are two symbols of the summer here in Maine and now you can enjoy both at the same time.

After months of no sports for professional, college, high school, or youth athletes, some high school baseball players are finally able to take the glove and bat from the garage and to the diamond.

In years past, this would be the time of year for American Legion ball, the competitive summer league for high school athletes that follows after little league. But with current COVID-19 restrictions, that season was canceled.

So, some Legion coaches and organizers hatched a plan to give their kids a chance to play this summer.

“(The League) is giving the opportunity for kids to do something that they love and that they’re going to have some with and get outside, and that also means I get to watch baseball," Mid-Coast General Manager Christie Levesque said.

Mid-Coast, the Hermon Hawks, and the RverHawks, a team made up of Bangor area towns, competed in a round-robin doubleheader on Sunday.

These teams are in the U-17 age group. Another division of teams in the league is for players 18 years and under.

“Doubleheader on the weekend, one game during the week, a total of 16 games," Hermon Hawks Head Coach Royce Bailey said.

Bailey added each player needed to sign COVID waiver forms, and liability waivers before the season started. After all the paperwork, he was excited to give his players the chance to play ball again.

“They missed the whole season which can hurt especially developmental wise," Bailey added. “We don’t know what the next season’s going to be yet, it could be football it could be baseball.”

Bailey mentioned the possibility of playing baseball as a fall sport in the high school ranks this year. The Maine Principals Association and the Pandemic Project Task Force, a group of Athletic Directors and other officials, are still deciding what to do this upcoming fall.

According to the Task Force, everything is on the table right now including moving sports to different seasons which could mean this summer league is a perfect way to prepare for the high school season.

RELATED: “Everything is on the table." A group of athletic directors is trying to plan a safe return to fall sports

“It’s amazing, baseball is my favorite sport to play," said rising Hermon sophomore Daniel England. “It gives us time to practice and get ready because we missed an entire season.”

“The high school coach can see you playing, and it shows your dedication," Hermon classmate Johnny Kokoska added if baseball becomes a fall sport for 2020.

All players must practice social distancing which is enforced in a few ways. The pitcher and catcher are the ones allowed in the dugout beside the coaches, the reaming players must sit or stand six feet apart on the grass next to the dugout.

RELATED: As Maine's competitive golf season arrives, courses are seeing a growing interest in the sport

No handshaking or sharing of equipment is allowed between teams. Fans are also required for social distance while watching each game.

Bailey added the league's regular-season will run until August and top teams from the North and South regions will play in playoffs.

RELATED: Fairs are canceled, but one vendor is making sure people can still get a taste of the season