The skills competition run by the head coach of the Maine Mariners will be held on March 12 at the outdoor 'Rink at Thompson's Point' in Portland. 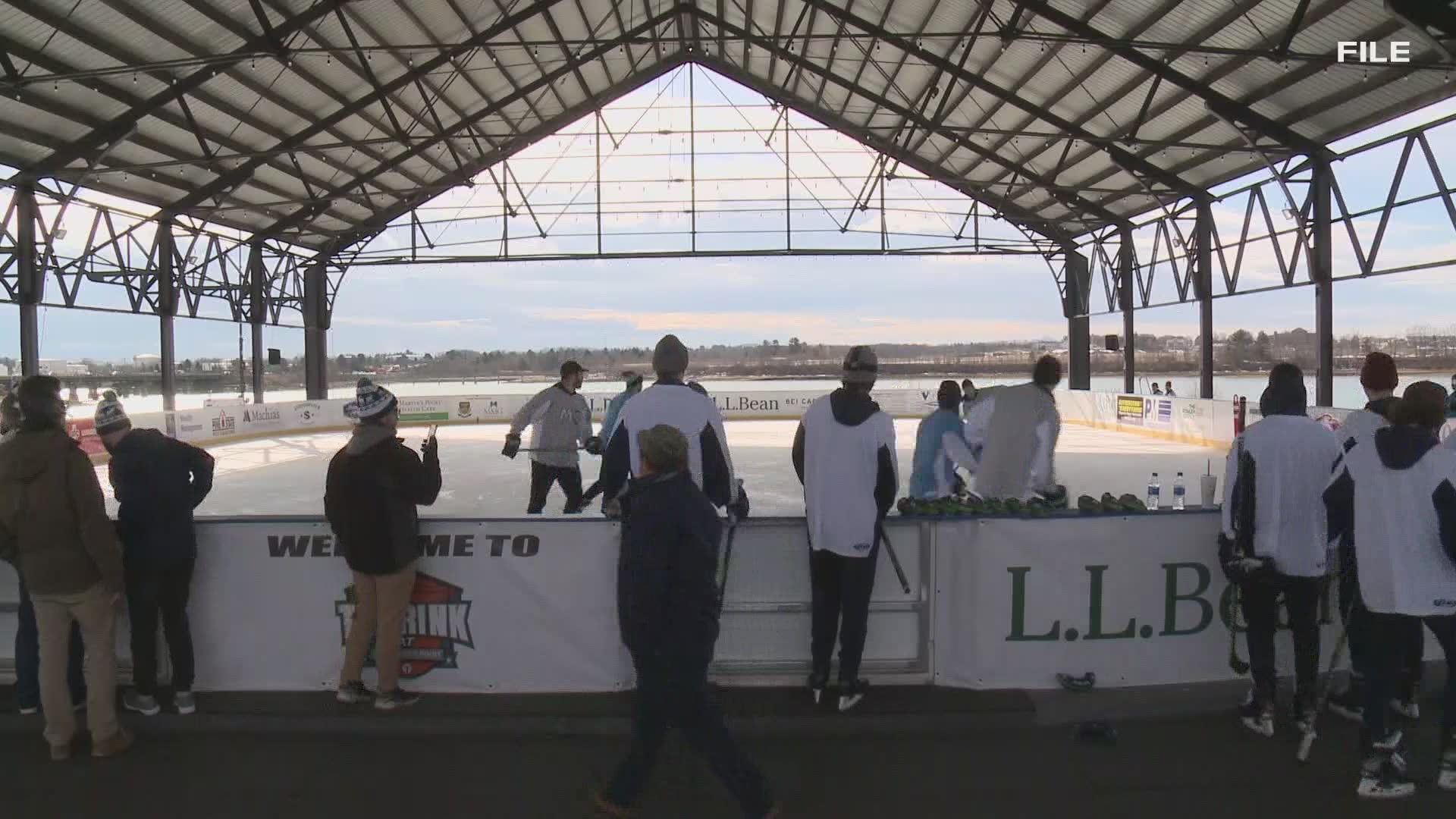 As players from professional levels to pewees have struggled to find ice time, one competition is giving players of any talent level the chance to show off their skills.

The Armstrong Skills Competition, hosted by Armstrong Hockey Skills, will allow hockey players of any age the chance to compete in hockey fundamentals: skating, shooting, and stick-handling.

Maine Mariners Head Coach Riley Armstrong and his wife are the organizers behind the March 12th event at The Rink at Thompson's Point.

"We want everybody of all ages, boys, girls, [different] skill levels, it doesn't matter. We just want to get people outside," Armstrong said Saturday.

As a hockey dad, Armstrong has watched his two kids go without playing games for months. And as a former professional hockey player turned hockey coach in the ECHL, he's also been left with an unusually open calendar this winter.

Before the 2020-21 ECHL season got underway, the league announced all teams from the North Division, including the Mariners, would not participate.

So, Armstrong and his wife started "Armstrong Hockey Skills" as a way to give back to youth and junior hockey players.

The three competitions will be familiar for hockey fans. Contestants will compete in three events: fastest skater, a puck relay, and hardest shot.

"Who doesn't want to think they can shoot the puck like former Bruin Zdeno Chara?" Armstrong asked. "I challenge the state of Maine to come out and show what we got going here in the state."

Armstrong mentioned a 38-year old has already registered, which can be done online at the Rink at Thompson's Point's website.

Armstrong says the goal of the event is to grow hockey in Maine and grow the Maine Mariners brand.

"In the 70s and 80s, Maine Mariners were thriving here and it's something that we want to bring back and I think the new generation of kids coming up, I think it's going to be Maine Mariner hockey for a while and (there's) no better way to kick it off with this sweet skills competition," he added.

Credit: Maine Mariners
The Maine Mariners line up along the boards to get their marching orders from head coach Riley Armstrong during the 2018-19 season.

The focus of the competition is obviously on hockey and having fun, but Armstrong added there will be raffles, jersey auctions, and other events.

“A lot of those proceeds are going to be going back into downtown to help some small businesses that got hurt by the pandemic that maybe weren’t even able to open up, you know we’re not going to be bringing in probably a million dollars but I think any bit can help people in this time right now," he said.

Whether you play in a beer league, a pro league, or a fantasy league, this event is open to any hockey player or fan.