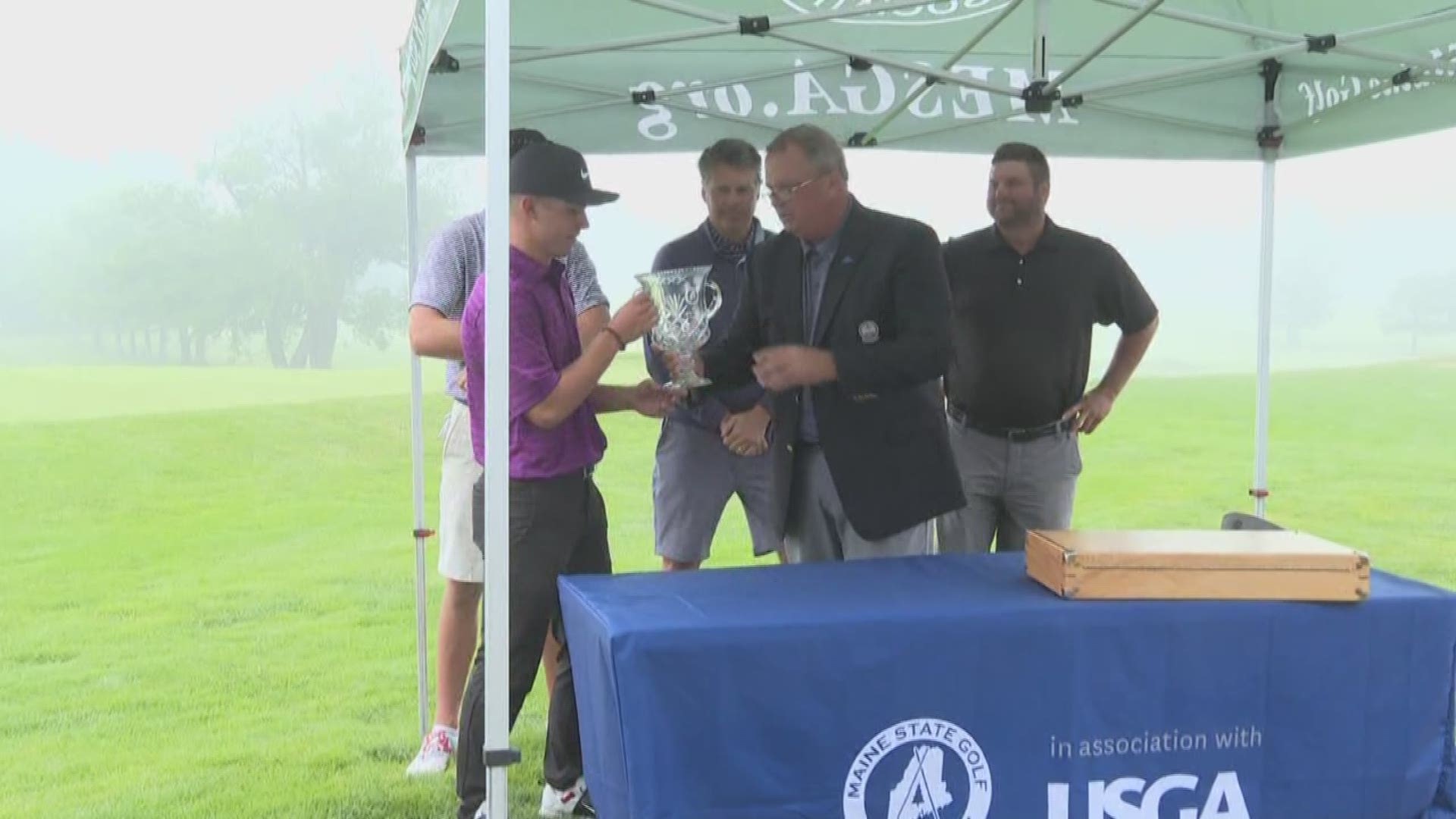 Cole Anderson came in third in the 2017 Maine Amateur, and second last year. This year, there was no question that the 18-year-old out of Samoset Resort was walking away with the trophy.

Anderson went into the final round of the tournament with a six stroke lead. He sunk three birdies and finished the day without a single bogey.

Anderson was calm and collected all throughout the foggy day, hitting his final putt for par on 18 and celebrating a resounding victory. He shot a 3-under 67 in the final round to finish 9-under in the tournament.

Anderson's closest competition, and the only other golfer to finish the tournament under par, was Reese McFarlane our of Purpoodock. He finished strong with the birdie on 18 to bring him 1-under on the day and 1-under total for the tournament.

Third place went to Jason Gall, who was playing on his home course. He sunk a hole-in-one in round two, but hit a few snags Thursday and finished 3-over.

Anderson has busy summer ahead, which includes a U.S. Amateur qualifier and a few other tournaments. He currently plays college golf for Florida State, but no matter where his sport takes him, next summer, he plans to be right back here in Maine defending his title.

"Even if it's just for this week, I'll come back," says Anderson. "This is a major on the calendar for sure. This is probably as excited as I have been about a win. I think it makes it a little more special considering the last two years I was close and had a couple of heart breakers."

Anderson changed from a black shirt to a purple shirt for the presentation of the Maine Amateur trophy. He says the Head Pro at Samoset, Gary Soule, has had a Samoset shirt standing by since the first time Anderson played in the Amateur. Soule said it would be ready for him to wear as soon as he won. Today, Anderson finally got to change into it.