The public skate park opens every day from 6 a.m. to 10 p.m. at Hayford Park in Bangor. 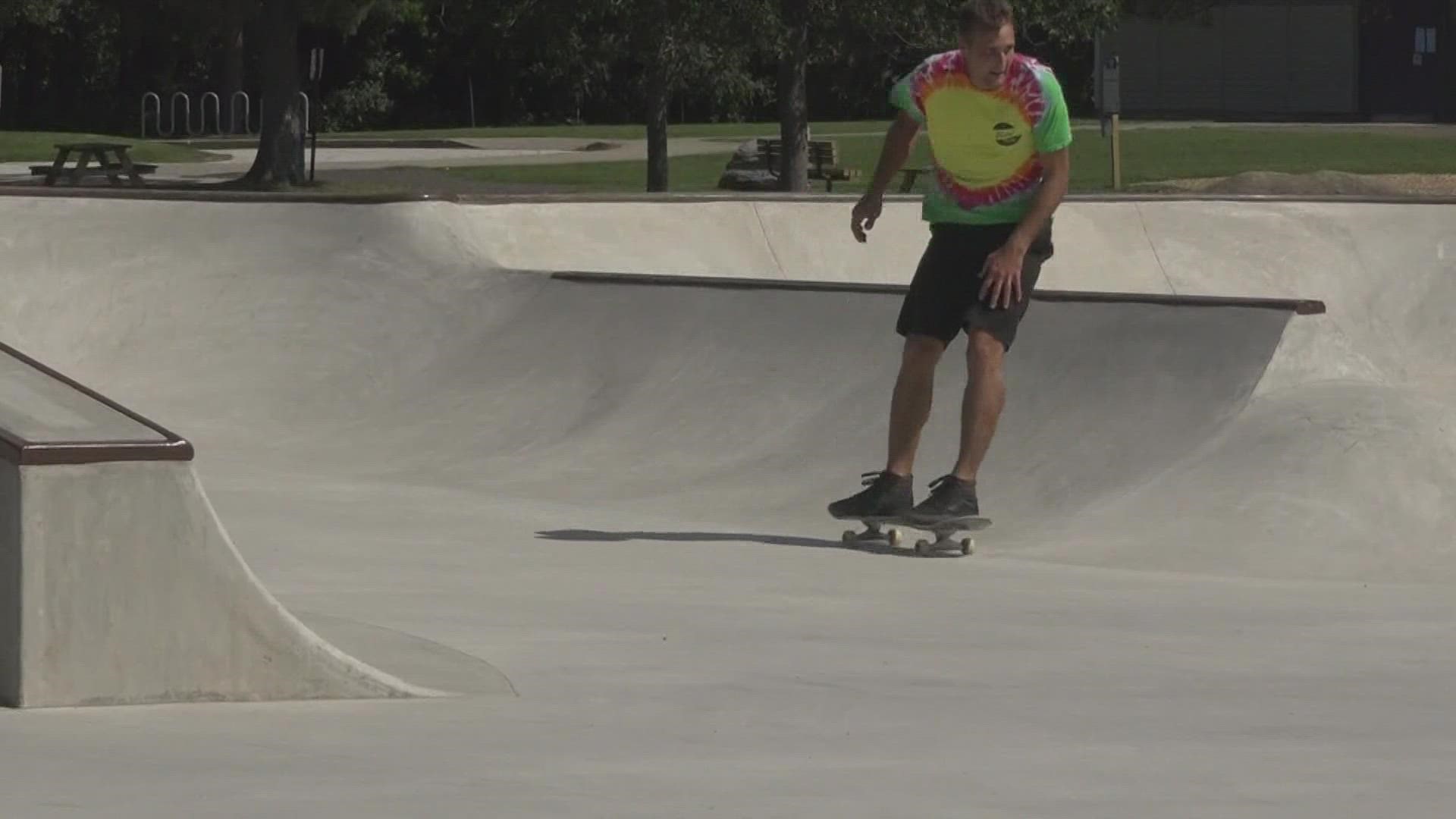 BANGOR, Maine — After more than a year in the work, the city of Bangor's parks and recreation department opened a new skate park at the heart of Hayford Park in Bangor. The park is located between downtown Bangor and the Bangor International Airport.

"What started out as in front of the Bangor auditorium 20 years ago has evolved to the permanent structure here behind me, and we are excited as well to finally be able to offer this amenity here in the community," said Tracy Willette, Bangor parks and rec director.

Wednesday morning, people were skating away, but by 6 p.m. the new park was full with about 40 people enjoying the new amenities.

"It's pretty sick! It's got a lot of good features, it's got transitions and street, so it's got something for all skaters to skate!" said skater Brady Hale.

Caleb Welch was by the park at noon, skipping his work's lunchtime for some tricks at the new park wasn't a problem for him.

The park cost $220,000 to make this skate park happen. Willette said the biggest challenge was finding a location for the park to be at.

"I was like 'you know what? I need a hobby.' I'm doing some seasonal work right now, I've got some spare time and I bought a board actually like two months ago, I met one of the guys here and we started skating," said new skater George Velez.

Whether you've been at it for years or trying it for the first time, this park is for all ages and abilities.

"A lot of skaters are coming back that I haven't seen for years and years! The skate community is back to what it should be and what it was at one point!" said Welch.

Bangor’s new skate park is now open! 🛹 The new attraction has all sorts of slopes a rails! Skaters here this morning all agree it’s exciting to finally have a place for the skateboard community to hang out, learn tricks from each other, and make friends! @newscentermaine pic.twitter.com/OLEk7Y9Ny3

The 7,000 square-foot park can be used to skateboard, rollerblade, or bike.

Willette said there is still some landscaping to do around the skate park, but the city of Bangor will host a grand opening by the end of the month.