Ruby Anderson, 9, of Yarmouth shared her story of living with type one diabetes with U-S Senators and others Wednesday morning in Washington D.C. 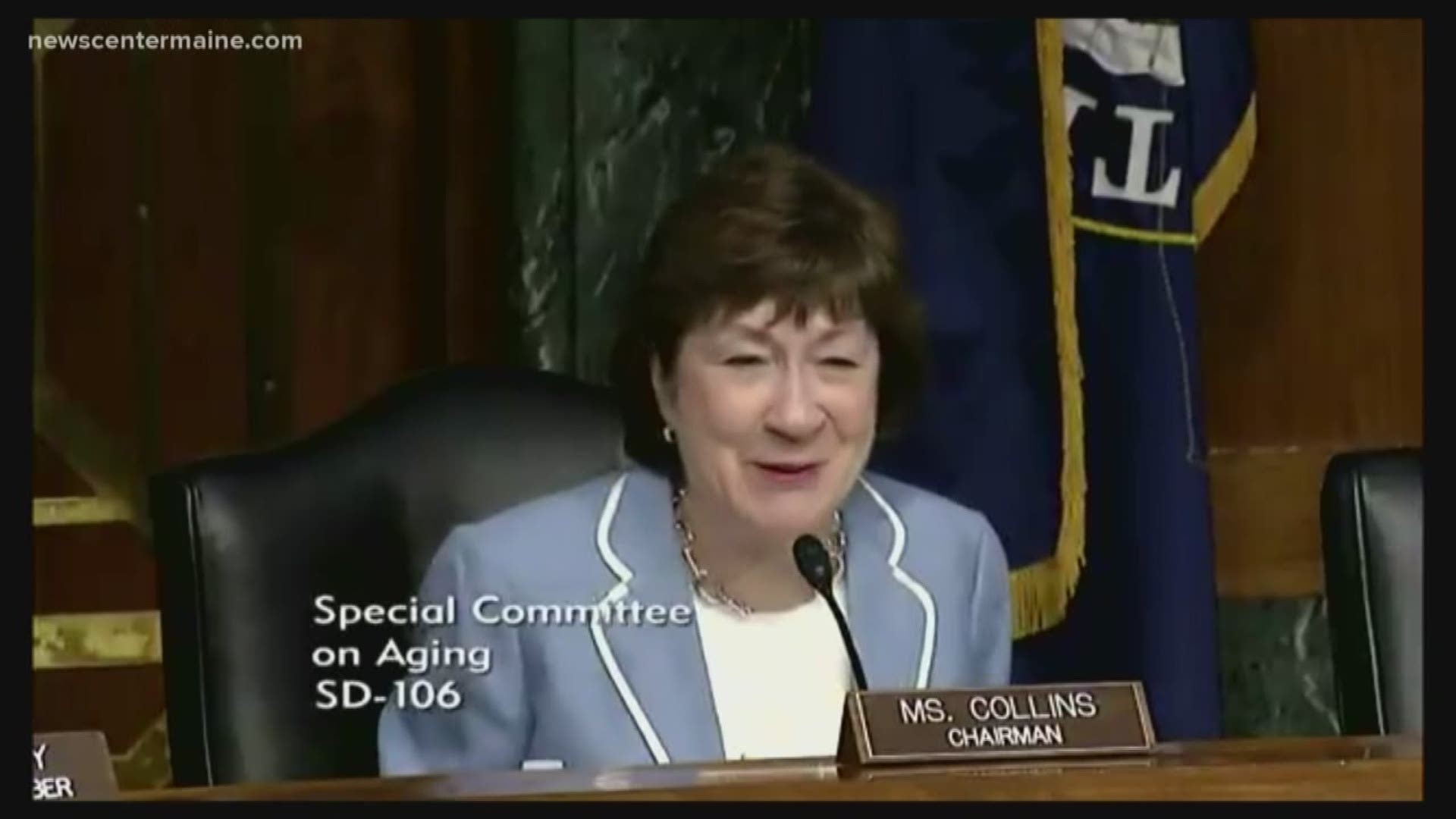 WASHINGTON D.C., DC — Living with type-one diabetes can be tough, especially if you're a kid. In fact, there's still little known about the chronic condition and what causes it.

That lack of data is what prompted almost 200 children from around the country to take the fight for more T1 diabetes research straight to the nations capitol, including two little girls from Maine.

Nine-year-old Ruby Anderson of Yarmouth and nine-year-old Lydia Bryant of Ellsworth were both in attendance. Anderson had the honor of sharing her own story of living with the condition with Senators on the Special Committee on Aging Wednesday morning. That included Maine's own Senator Susan Collins.

What the Yarmouth native can remember is the impact her condition has had on her life. Between counting the number of carbohydrates she's eating or checking her insulin levels frequently. She even referenced how the beeping from her insulin devices can be distracting to her and others.

"Even if I do my very best, my numbers can still be way off and I don't feel good." Anderson said.

Anderson and other kids in attendance make up the JDRF Children's Congress, an advocacy program for those who live with T1 diabetes. With little known about the condition, the group is pushing for our nation's highest ranking officials to take the lead on research efforts.

"Senators, I don't want my brothers and sisters to get type-one diabetes," Anderson said. "We need more research to find a cure, we even need better devices... we need to figure out what causes type one diabetes so we can stop it."

Her testimony caught the ears of everyone in the room, including Maine's own Senator Susan Collins who says she couldn't be more proud.

"When you hear from a little girl who has had type-one diabetes since she was 23-months old, it really hits home," Sen. Collins said. "She gave everyone a very moving portrait about what it's like to be a young girl with a serious disease."

Anderson is confident with the help of our U-S Senators, a cure can be found for the chronic condition. If not, she says she has a plan.

"When I grow up I want to be a scientist, partly because type-one diabetes is so important," Anderson said. "And if they haven't found a cure for diabetes by then... I will."