Sports figures we lost in 2020

An NBA superstar lost too soon, a 'perfect' football coach and a World Series legend are among the sports greats who passed in 2020. 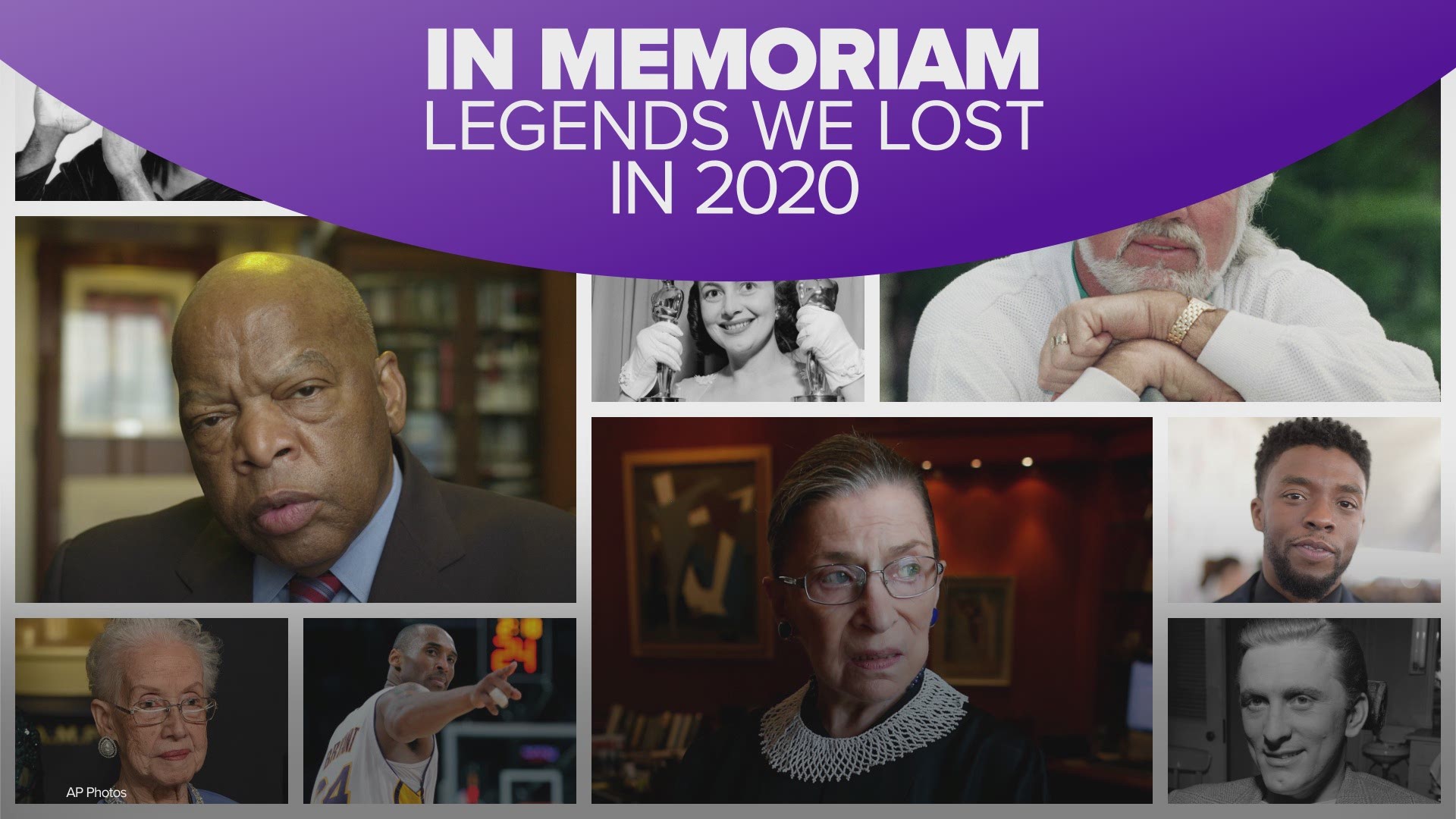 They broke norms. They became our heroes on the field and the court. They inspired, made us cheer and, at times, made us cry.

Here is a look at some of the sports legends we lost in 2020.

Credit: AP
FILE - In this Jan. 9, 2008, file photo, the Harlem Globetrotters' Fred "Curly" Neal performs during a timeout in the second quarter in an NBA basketball game between the Indiana Pacers and the Phoenix Suns in Phoenix. Neal, the dribbling wizard who entertained millions with the Harlem Globetrotters for parts of three decades, has died the Globetrotters announced Thursday, March 26, 2020. He was 77. Neal played for the Globetrotters from 1963-85, appearing in more than 6,000 games in 97 countries for the exhibition team known for its combination of comedy and athleticism. (AP Photo/Ross D. Franklin, File)

Credit: AP
FILE - In this June 6, 1991, file photo, Kurt Thomas, 35, competes on the pommel horse at the U.S. Gymnastics Championships in the compulsory round in Cincinnati. Thomas, the first U.S. male gymnast to win a world championship gold medal, has died. He was 64. Thomas’ family said he died Friday, June 5, 2020. He had a stroke May 24, caused by a tear of the basilar artery in the brain stem. (AP Photo/Michael Snyder, File)

RELATED: Entertainers we lost in 2020

RELATED: Newsmakers we lost in 2020