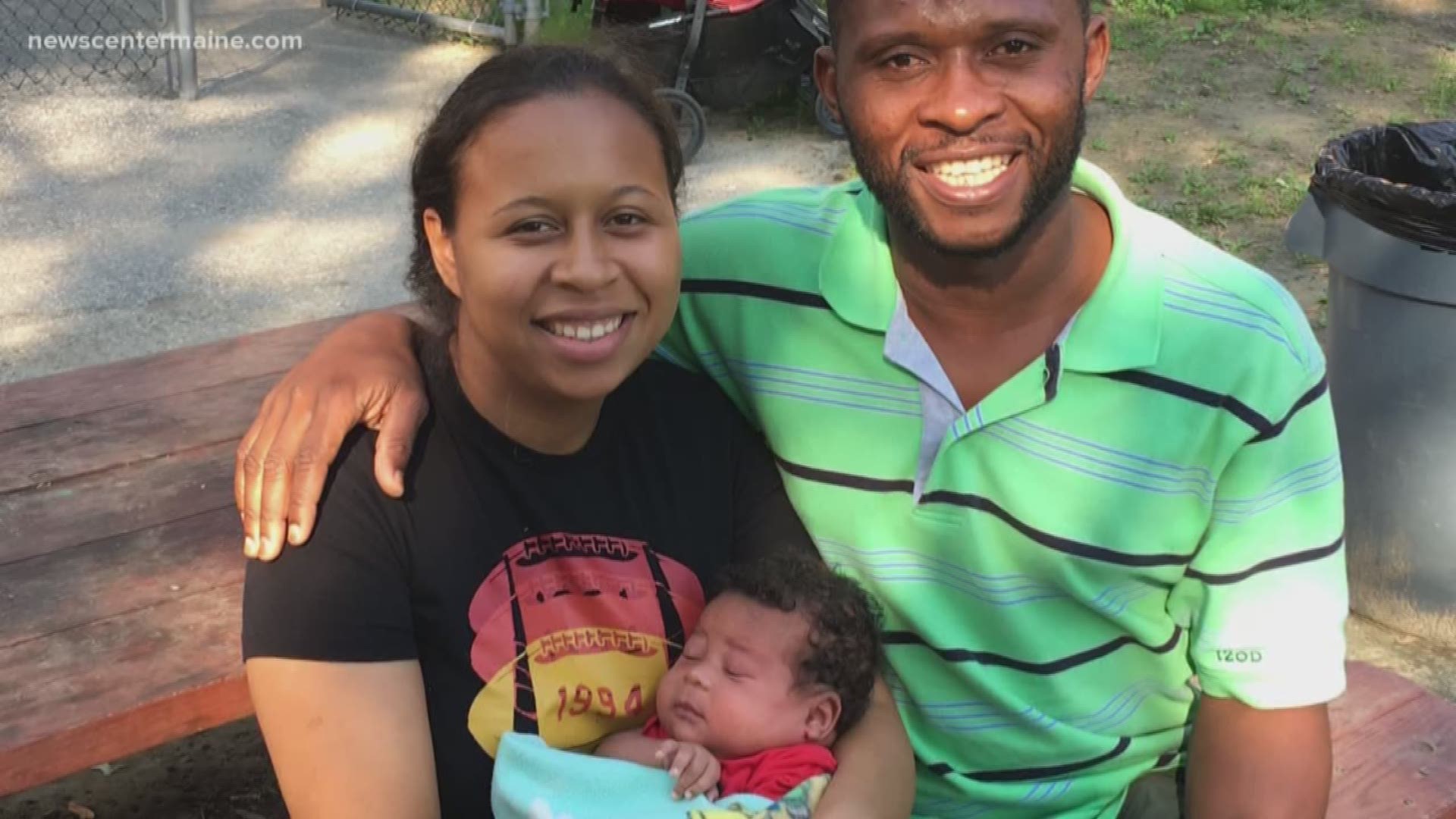 YARMOUTH, Maine — Carla Hunt and Jeff Diggins have always had a knack for helping others.

That desire to make a difference is what brought them and other community members together to create the Yarmouth Compassionate Housing Initiative -- a group that has helped house more than 40 families seeking asylum in Maine since 2016.

"What we do in Yarmouth is something towns across Maine can do," Hunt said. "It’s not a one person job it’s a community effort."

The support is provided exclusively by volunteers in the community at little to no cost to them. Hunt says the host families might have to shell out a small amount of money for things like food or transportation for the asylum-seeker.

"I think we’re all looking for ways to help," Diggins said. "You are changing the world, sort of one friend and one family at a time."

It's work they say they've done quietly from the beginning, but recently its caught the attention of community leaders behind the housing initiative for asylum seekers in Portland.

At last check, there were 256 asylum seekers packed into that make-shift shelter at the Portland Expo, whether that number will continue to rise we don't know; what we do know is that these families need permanent housing and fast.

Those with the Greater Portland Council of Governments -- the group tasked with finding a solution to the asylum seeker housing crisis -- plan to work alongside members of the Yarmouth group to create a similar program with Portland's faith-based communities. The families currently housed at the Portland Expo's make-shift shelter have to be out by mid-August, according to city officials.

The Yarmouth initiative started as three church communities coming together to lend a hand and quickly grew into something bigger. The group now has 12 host families that are ready to provide temporary shelter and connect families with the tools they need while they wait for access to permanent housing.

"They want to help, they want to be productive and we’re just providing a pathway for them to do that," Diggins said.

Diggins has already hosted two families -- he says for him, the decision to open his home to others was a no-brainer.

"You don’t have to travel to a foreign country," Diggins said. "You just have to basically go to your front door and welcome them.

So far, Hunt says the initiative has given at least 40 families seeking asylum a safe place to catch their breath and figure out their next steps. It's an accomplishment and program leaders in Portland hope to mirror as more asylum seekers make their way to Maine's largest city.

"This is something we can do that doesn’t cost a lot that really enriches everybody," Hunt said. "The giving and receiving is equal and it’s nourishing to be involved in a project that really makes a difference>"

Another step the group has taken since its launch is finding properties in the area that can be used as multi-family units. Earlier this year more than 100 community members came together and turned one property into a home for four families. Hunt says temporary housing is one thing, but finding these asylum seekers a permanent place to lay their foundation is the true end goal.