Woman, 25, survives month on ventilator and bout with COVID-19 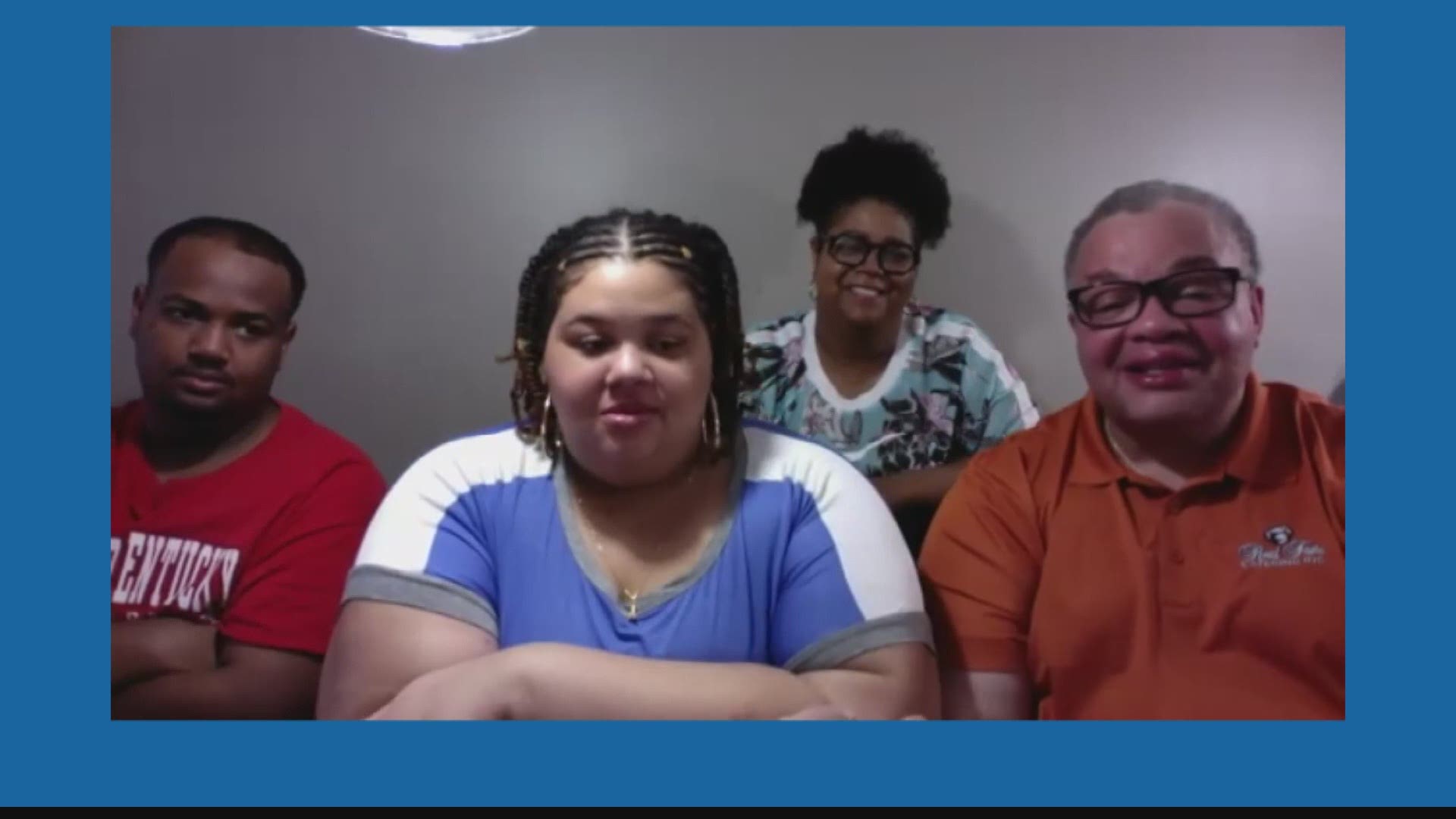 INDIANAPOLIS — A young woman from Indiana who survived a month on a ventilator talks about the fight of her life.

She's among a small percentage of COVID-19 patients we don't hear from often.

She tells 13News her family's faith and her father's words kept her 30 days in the midst of darkness.

McKenzee Webster is now part of the 15 percent club. That's the percentage of patients under the age of 25 in Alabama diagnosed with COVID-19.

In Indiana, 15 percent of those diagnosed with the virus are between 20 and 30 years old.

At 25, McKenzee also beat the odds and survived a month on a ventilator, hundreds of miles away from her Indianapolis family.

"All of the symptoms I had were not known as COVID, which was the scary and tricky part," she revealed.

In mid-March, after moving to Anniston, Alabama for a new job, McKenzee was diagnosed with what doctors called a stomach bug that later progressed into a case of pneumonia. Twice she went to an urgent care center for medical treatment but was sent home without a COVID-19 test.

She had no cough, no fever and no known underlying health conditions like diabetes, high blood pressure or heart disease.

But after days of labored breathing, her mother Deveree suspected her daughter was very sick and insisted she go to the emergency room.

"I said 'McKenzee now, you call the ambulance,'" she said. Deveree stayed on the phone with her daughter as she was transported to the hospital.

It didn't take long before the Websters learned McKenzee was positive for the virus and needed to go on a ventilator.

They all remember the grim phone call from the medical center where she was being treated.

"Her oxygen levels were so bad, and her lungs were like cement," said Deveree.

"The last thing I remember is talking to my parents, and I remember my dad yelling, 'Fight baby fight!' and that's all I remember the whole time I was out," said McKenzee.

She clung to those three words during that extensive period of isolation.

It still brings tears to Mark Webster Sr.'s eyes. He said he had to speak strength to his one and only daughter.

"The Lord placed that on me because that was the only thing I could think of, was 'baby, fight!' I wanted her to know that she needed to fight," he told 13News, with tears flowing. "Don't think it's the hardest thing. Fight, baby, fight! Don't give up. Hang in there," he continued, recalling the heartfelt plea he made to his daughter before she was intubated.

"I truly believe the prayers of the righteous prevailed," he said, recounting those anxious days.

The entire month of April passed. McKenzee woke up in May, just before Mother's Day, to thousands of messages.

She had no idea prayers were going up across the country.

And young people were taking notice at Tuskegee Institute, where she earned her degree in mechanical engineering, and also at Western Kentucky where her brother was a graduating senior.

"This is the real deal. This isn't like a hoax as some were saying," chimed in her brother, Mark Jr.

He said in honor of his family's fight for McKenzee, his friends began wearing face masks and taking the virus more seriously.

Within days of McKenzee waking up, there were new challenges for her recovery. She remembers a conversation with a nurse.

He said, 'It's the hardest thing you'll ever face in life.'

"I was like, 'It can't be harder than getting a mechanical engineering degree.'"

But McKenzee now believes he was right.

"It was the hardest thing because it's 100% mental," she explained, recalling days when her body ached so bad she didn't want to move.

Now home, the family, known as WebsterStrong, is quick to attribute their strength to their faith.

"We thank God for bringing her back to us, it's definitely a miracle to us," said Deveree with relief.

They all agree the future means sharing messages of love and faith to one another and those they meet.

"She [asked] me yesterday, 'What do you want for Father's Day?' said Mark Sr. "I said, "You gave it to me. You fought. I don't want anything, you already delivered," he said with a smile.

McKenzee said she's glad to be home and able to be with her family. She said God has given her a new view of life.

"Just put things into perspective and just remember what you're here for. If you go through something, don't look at it as 'Woe is me, but thank you, Lord, so I can show the people how great you are," said McKenzee.

"God, he pulled me through, but he definitely made me fight and trust him," she said.