Why people with PTSD are doing yoga

Experts recommend yoga or meditation for people with anxiety disorder, like PTSD. 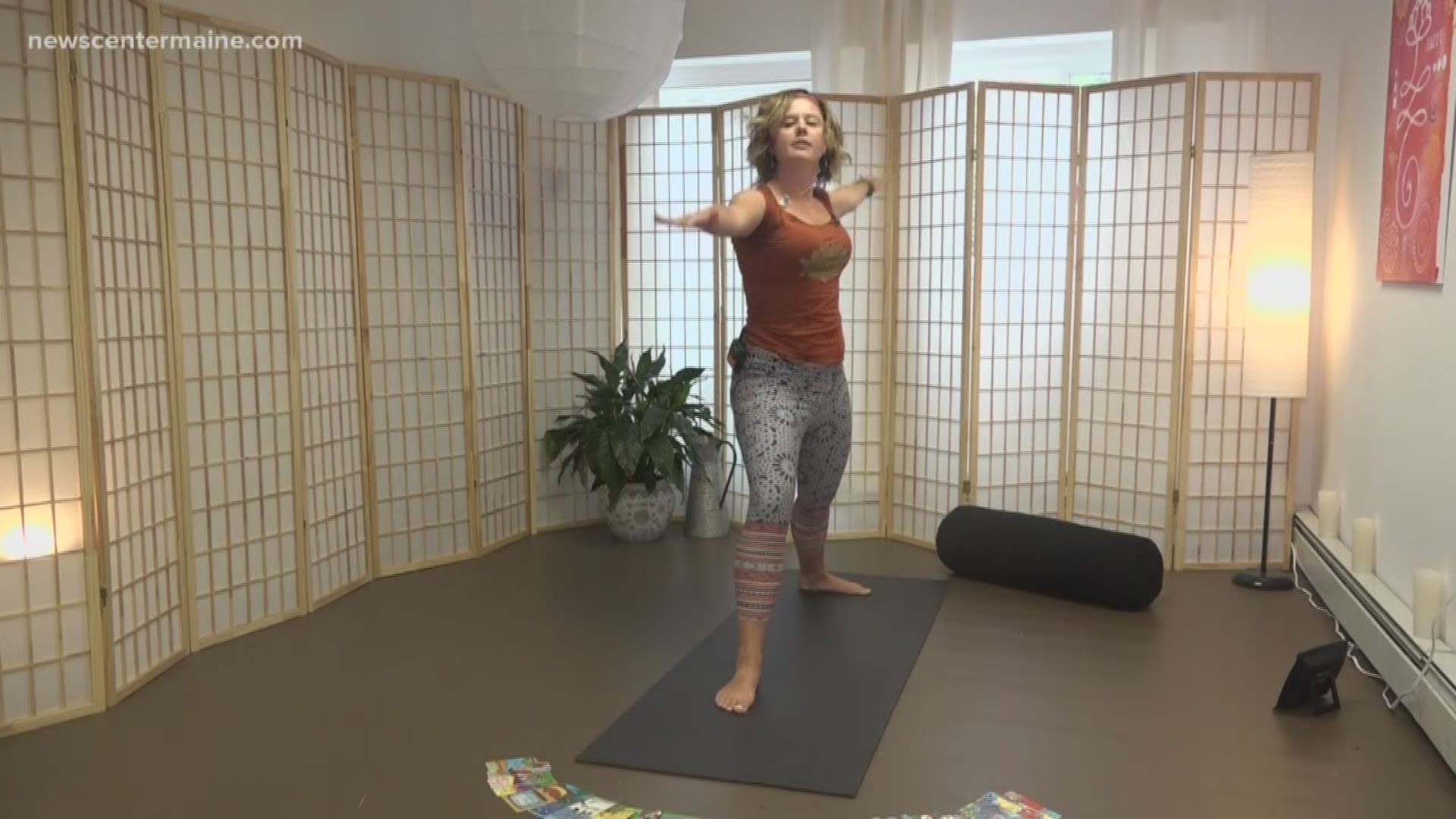 BANGOR, Maine — According to the U.S. Department of veteran affairs, about 7 or 8 out of every 100 people will have post-traumatic stress disorder at some point in their life.

PTSD can occur in people who have experienced or witnessed a traumatic event such as a natural disaster, a serious accident, an assault, or of course, war or combat.

While there is no magic cure for PTSD, one Maine veteran is doing something he never thought he'd do that's helping him cope with it.

Matthew Adams has taken up yoga.

After serving for 8 years, Adams struggled with transitioning back to normal life.

He admits he was in a dark place--drinking too much at times-- when he was contacted about attending a yoga retreat specifically for veterans.

He didn't think it would work for him, but he is now a huge advocate.

"It really brought down the amount of pain I experienced in my back," Adams says. "It really calmed me down and helped me learn to control my breathing."

Bangor yoga instructor Michelle Duarte is passionate about yoga's mental health benefits. That's in part because, in addition to teaching yoga, she is a full-time nurse and has a partner who is an active duty service member.

"A lot of mental health disorders can make you anxious, depressed and numb and PTSD encompasses all three of those feelings," Duarte says. "Yoga just opens your eyes and heart to everything so you don't feel numb anymore."

Duarte says yoga is one of the simplest treatments for mental health disorders. "Instead of going to your doctor and looking for a pill, try something more simple, try yoga."

Neuropsychologist Caroline Hollnagel agrees. She often recommends her patients with anxiety disorders try practicing yoga or meditation before she writes a prescription.

"We want people to be able to control the symptoms, not just mask them. So we often recommend these types of therapies first."

When Matthew Adams served in Iraq, he was caught in an explosion and thrown from a vehicle. The accident left him with physical limitations. Whereas before he went to Iraq he could run a 5K in 20 minutes or less, he now finds it difficult to finish a 5K run.

Adams says yoga has helped him come to terms with his new physical limitation.

"Yoga helps with your balance, spacial skills, and building confidence with holding your body in different positions," says Adams. And most importantly perhaps, "It's all about getting comfortable with working with your body again."

The yoga retreat Matthew went to is called the Veterans Yoga Project.

All of the teachers are specially trained to work with people who have PTSD or who have experienced trauma.