Why a folk festival could benefit your mental health 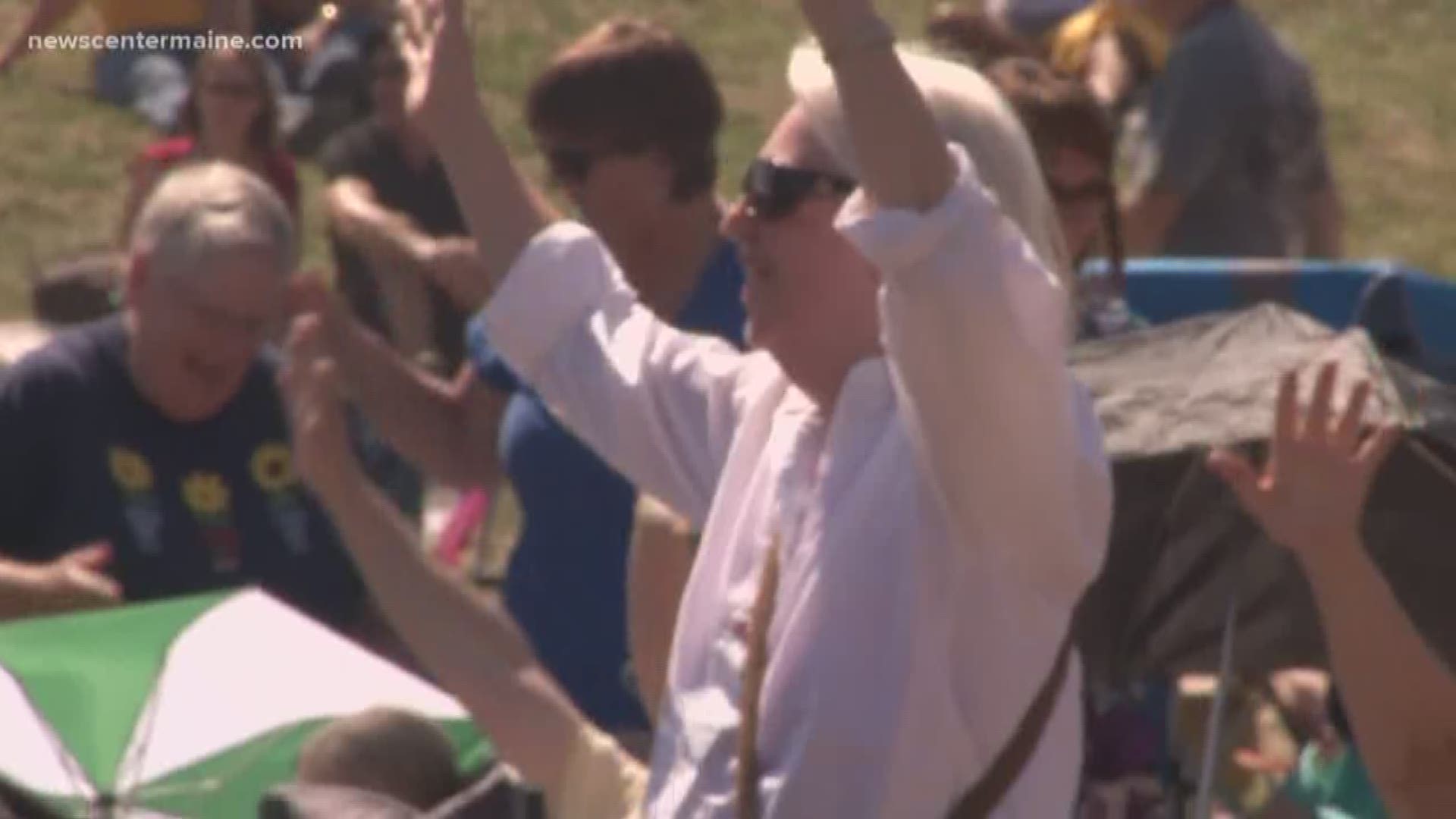 BANGOR, Maine — For the tens of thousands who plan to attend the American Folk Festival in Bangor, it's not just a fun time, but it could also be beneficial for your mental health.

The American Folk Festival is known for its food, craft vendors, and of course, live music.

Research has shown that live music, particularly shared by others, gives a person a healthy mental boost.

Music Therapist Makayla White travels around the Bangor-area, bringing people relief and peace through the power of song.

White says, "Going to a music festival may not be prescribed by your doctor, but you can prescribe it to yourself."

"Any kind of music-making, whether it's active or passive, whether you're making or listening to music, even looking at some lyrics sometimes, it's all beneficial to your well being," says White.

Research shows that involvement in music triggers our brains to release a surge of dopamine, which is one of our "happy neurotransmitters."

In turn, one's mood is heightened and stress levels are lowered.

This is particularly true in a festival environment.

"When you go to a festival like the American Folk Festival, you're not just connecting to the performer in front of you but with those around you," says White. "It becomes a bonding experience."

RELATED: Changes in store for American Folk Festival over the next 3 years

Lisa Wahlstrom lives and works in Bangor, and has supported the festival since it began in 2001.

Wahlstrom says, "It sounds cliche probably, but there's no experience quite like the live music experience."

She agrees with White that the atmosphere creates an environment for bonding.

Wahlstrom says, "At the folk festival, the fun thing about it is that you're sitting in your lawn chair and you're clapping along."

According to festival supporters, the American Folk Festival provides an opportunity to bond with people beyond those who are similar to you.

City councilman and former Bangor mayor Dan Tremble says, "We're not a very diverse community in Bangor, but we welcome diversity here. This festival does such a great job of bringing different types of people together."

The festival begins on Friday, August 23 at 6 p.m. It runs through Sunday.

Admission is free, however, the event couldn't go on as it does without generous community donations.

The recommended donation is $20 a person.