The Moby Dick of lobsters caught off the coast of Phippsburg

Too big for even a trap, a 25-pound lobster required some serious muscle to heave it out of the ocean off the coast of Phippsburg. 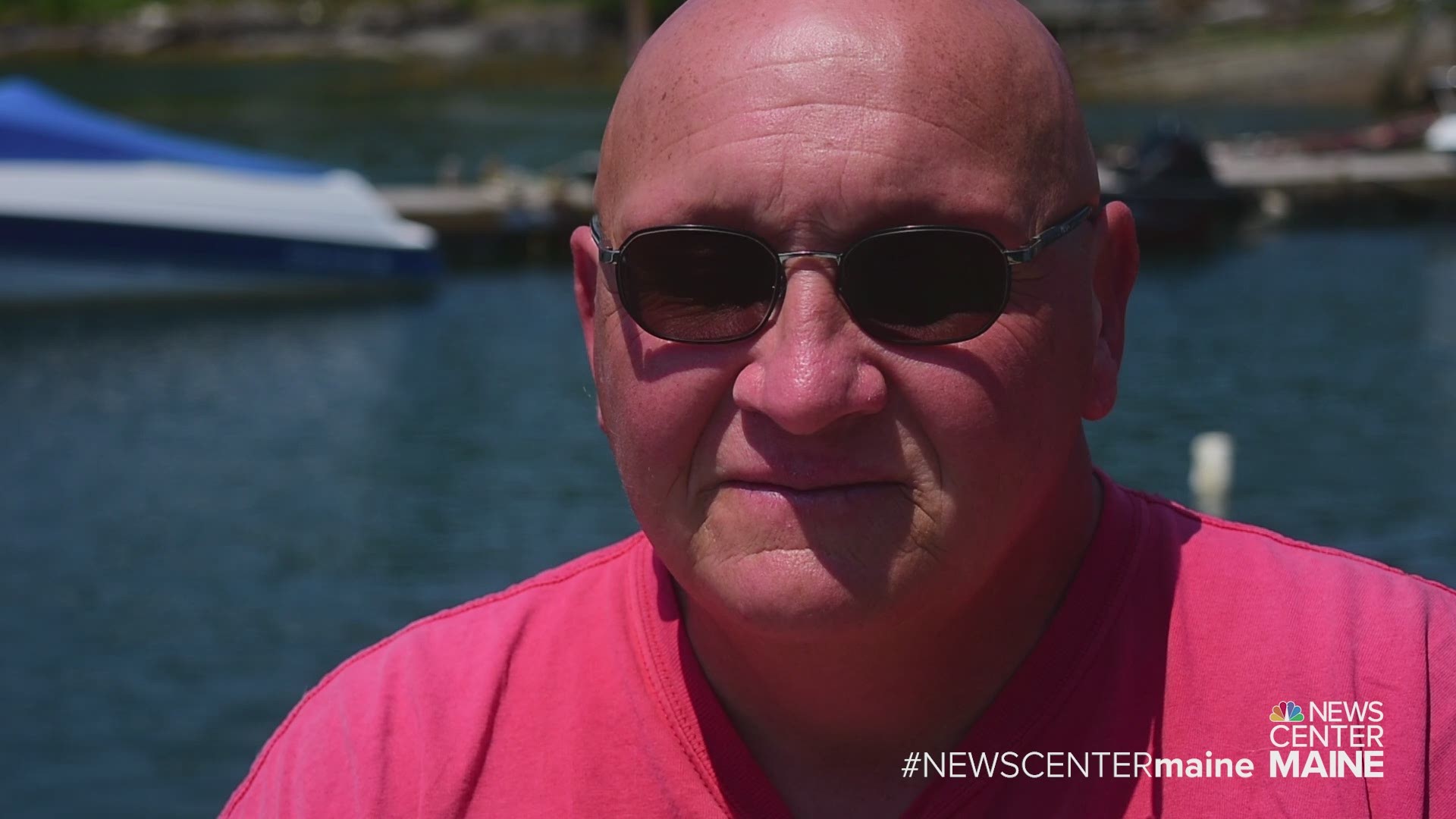 PHIPPSBURG (NEWS CENTER Maine) — Too big for even a trap, a 25-pound lobster required some serious muscle to heave it out of the ocean off the coast of Phippsburg.

Lobsterman Eric Wallace caught the monster male crustacean that he estimates to be at least 100 years old. Lucky for Wallace, the Moby Dick-sized lobster snagged his giant claw in the rope of Wallace's trap resulting in the brief capture. In the state of Maine, lobsters' backs must measure more than 5 inches to be kept.

Wallace, who was out fishing with his son Alex, was excited to get the rare sighting of such a large creature whom, after a brief photo op, they threw back into the sea to live out the remainder of his days.

Wallace has been lobstering for 35 years but had never pulled such a large catch aboard his boat, "BadPenny". (His boat is named after his wife Penny, who says she wishes she had been aboard to meet the Moby Dick-sized lobster.)

With a claw larger than the experienced fisherman's head, images of the creature have taken off on social media.