Murder Walk Austin is a walking tour through downtown that focuses on the brutal murders committed by Austin's 1885 serial killer. 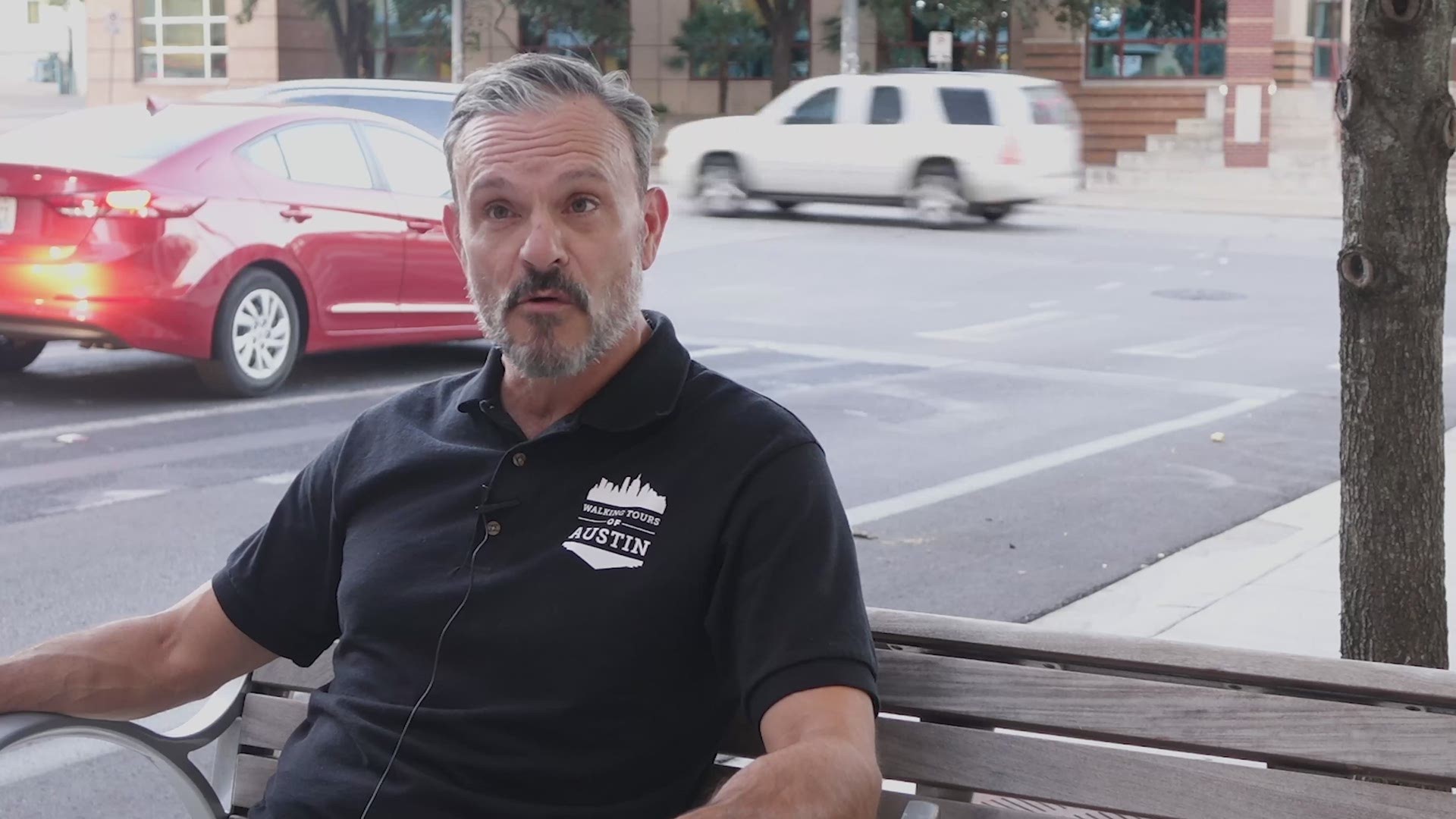 AUSTIN, Texas — On Dec. 30, 1884, in the small city of Austin, Texas, a servant girl named Mollie Smith was brutally murdered.

That frigid night, it’s said she was hit 24 times with an ax and impaled through her ear. The day after her murder, the newspaper reported that it appeared she had been mauled by an animal.

So begins the tale of the “Servant Girl Annihilator” or the “Midnight Assassin.” He, or she, was a serial killer – arguably America’s first – who terrorized Austin’s streets for a year, viciously murdering a total of eight people: seven women and one man. Five of the women were African American servants, while two were white socialites.

The killer was never caught.

These murders are the focus of “Murder Walk Austin,” a walking tour run by Walking Tours of Austin every weekend. The tour takes patrons through the heart of the Capital City, literally retracing the steps of the killer.

A brief haunted history of The Paramount Theatre

“[True crime] is red hot right now. And to tell you why it’s so hot in Austin, I think that we have a really interesting perspective as the city with the first serial killer in American history,” Miles said.

Miles said 85 to 90% of the people who go on the tour actually are Austinites who have only ever heard a little about the Servant Girl Annihilator's crimes.

“Austinites are hungry to know our history, especially the weird part of our history. For some reason, we eat that up. So, it’s a great way to see the city because what you do is you get a snapshot of how Austin looked in 1885,” Miles said. “There’s no doubt that the serial killer in 1885 helped make us who we are, good, bad and the ugly. And to truly be an Austinite, to entertain those friends that come from Brooklyn or wherever, you need to know our roots and you need to know what made Austin weird, and that’s what we do on this tour.”

Miles, who teaches history for Taylor ISD by day, said the idea for Murder Walk Austin first sprung from a walking tour experience he had himself way back when he first moved to Central Texas. He was taking a tour with a guide from the Visitor’s Center who mentioned about halfway through – almost in passing, Miles said – that Austin had a serial killer in 1885 who murdered eight people. Miles had to know more.

“Somewhere in the back of my mind, I think, on that tour, I asked two questions: Is this true? And why isn’t anyone talking about it? I believe honestly if I look back, that’s where this tour was birthed. That this story had to be told and it had to be told with a narrator, walking the streets, painting the picture, showing photographs of 1885,” Miles said. “We paint a dark picture, but one I think needs to be told.”

The tour starts at the intersection of Bowie and Sixth streets, approximately where Mollie Smith’s murder occurred. Over the course of 105 minutes, Miles takes groups on a walk through the past, stopping at three other murder sites and detailing how the killer might have gotten away, as well as what Austin was like at the time when it was just a small city of less than 20,000.

“Murder Walk Austin” isn’t Austin Walking Tours only tour. If true crime isn’t spooky enough for you, they offer a “Ghost Walk Austin,” which Miles describes as a “cool combination of Austin’s history, the Wild West and some ghost stories that I think will give you goosebumps.” And if scary stories aren’t your thing, the group also offers “Morning Walk Austin,” a general Austin history tour that also features things like food and coffee recommendations.

You can book a reservation for any of the three tours on the Austin Walking Tours website.

WATCH: The haunted history of the Paramount Theatre

Round Rock toddler hit and killed by car near soccer field