'We have to be her voice.' | Dozens gather to honor 10-year-old's life, demand change

People from surrounding communities, some as far away as Kittery, lit candles, sang and spoke out to demand change. 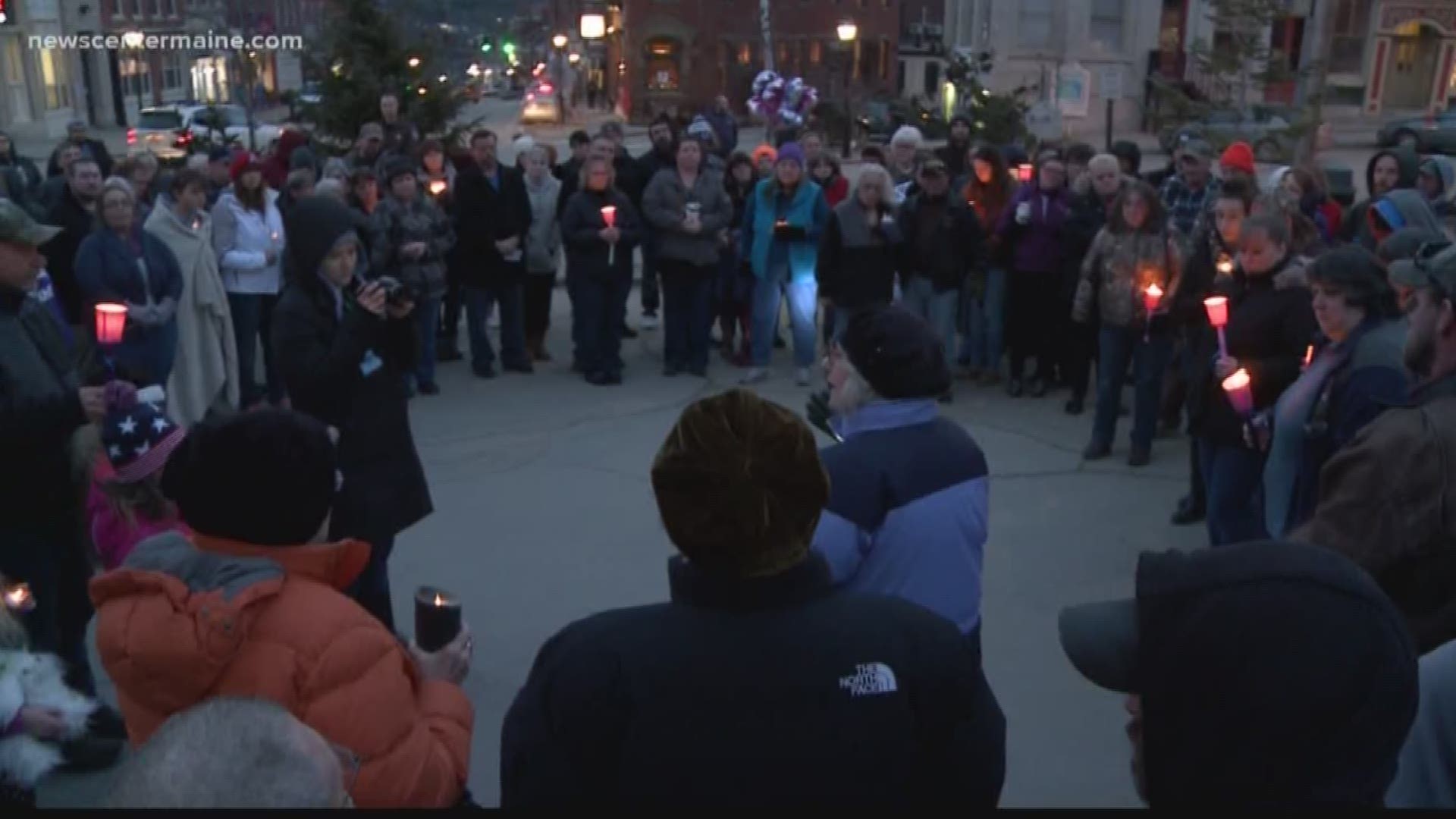 Kennedy was brutally beaten to death by her mother and step father in Stockton Springs last Sunday, according to court documents.

People from surrounding communities, some as far away as Kittery, lit candles, sang and spoke out to demand changes when it comes to helping children trapped in abusive homes.

"Everybody is here because they want justice for Marissa,” one of the event’s organizers Patti Beeton said. “She was failed. She never should have gone through this."

► RELATED 'Her smile and laugh lit up our day,' classmate of Marissa Kennedy says

Many in attendance Saturday criticized lawmakers and the Department of Health and Human Services for not doing enough to prevent Kennedy’s death. Court documents stated she experienced months of daily beatings before she was eventually beaten to death.

“People are angry that this happened,” organizer Nancy Barlow said. “That little girl slipped through the cracks so much that nothing was ever done for her."

Two members of the Waldo County Sheriff’s Office at the event were asked to speak after some people in the crowd targeted them for not doing enough.

“We're frustrated too because we put cases forward and sometimes children still stay with families they shouldn't be with,” Sgt. Nick Oettinger said.

Senate President Mike Thibodeau, a republican from Waldo County who has publicly demanded Governor LePage investigate DHHS, also attended the vigil. He spoke in defense of lawmakers while still saying how heartbroken he and his wife were by the situation.

“I understand the anger,” he said to the crowd. “I heard it. Don't think people don't care. We do."

Two members of Marissa Kennedy’s family were also there, but would not speak to the media. Some people hugged the family and offered their condolences.

Beeton said she hopes to rally people to continue to fight for justice. She said they plan to take their message to Augusta.

Saturday’s vigil was one of three held over the weekend. Two more are scheduled for Sunday night in Searsport and Stockton Springs.