What began as an old cotton mill became home for the Hathaway shirt factory. Today, it is a thriving hub of commercial and residential space. 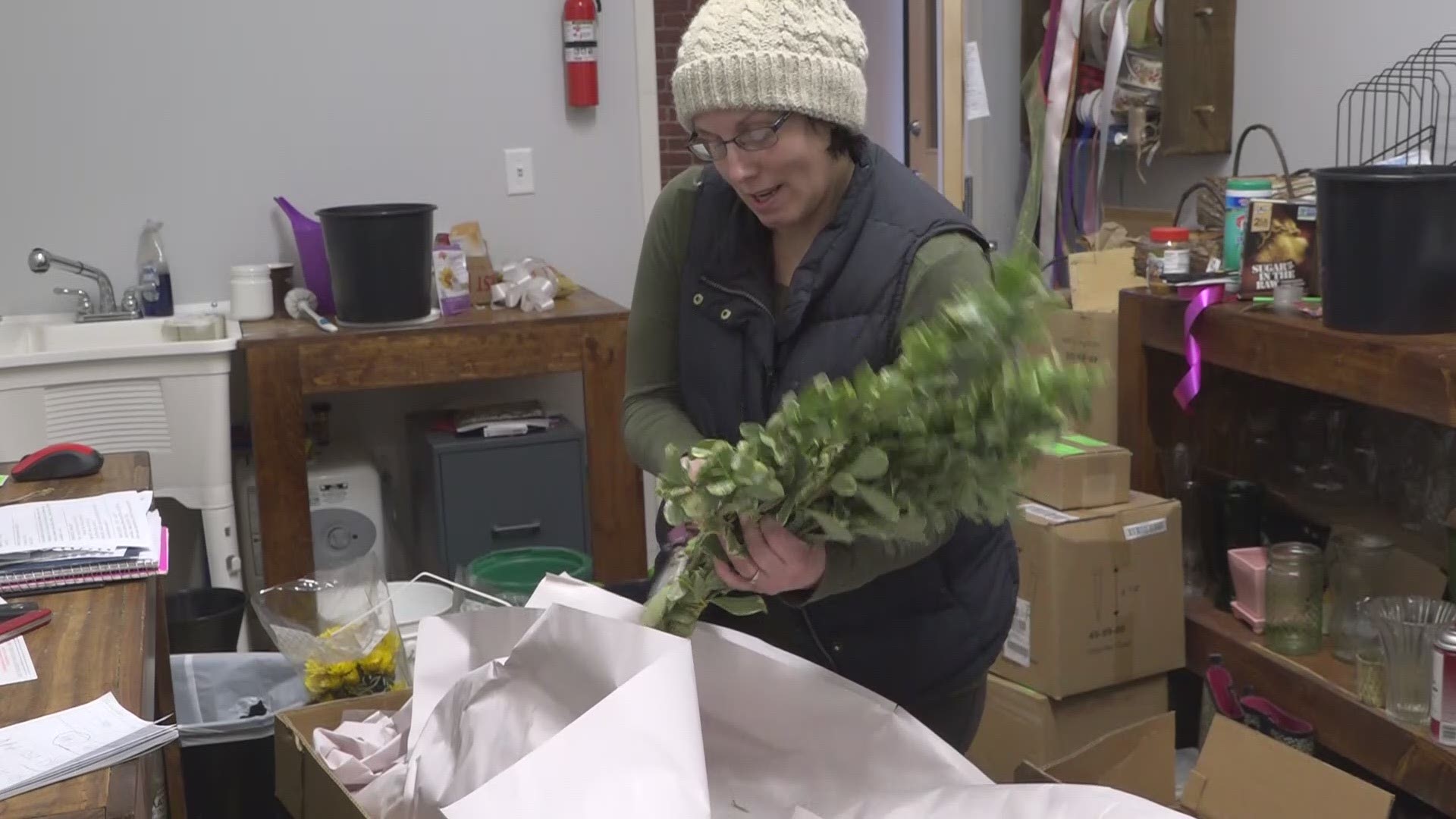 WATERVILLE, Maine — What began as the Lockwood Cotton Mill, became the Hathaway shirt factory in the 1950s.

When the shirt factory closed in 2002, the mill was given another "new life" as a residential and commercial center. Today, the Hathaway Creative Center is bustling and helping one small business owner live out her dream.

Robin Samulus-Getchell owns a small flower shop inside the Hathaway creative center in Waterville called Robin's Nest. She says she is often visited by the women who used to work in the mill.

"Ladies in particular, because that was the folks who made the shirts, will come in just to look around now. They'll tell me about how they used to eat their lunches on the back steps, stuff like that. It's really cool."

"Here I am, a woman business owner, hearing from people about their grandmother who worked here. It is really a nice connection to make."

For more than a century, nimble women crafted men's dress shirts in Waterville.

Starting production in the mid-1800s, the C.F. Hathaway company built the ready-to-wear shirt business in the United States.

When the Lockwood Cotton Mill relocated to the south in the 1950s, Hathaway took up shop in the mill.

In 2002, the shirt factory closed and began letting go all its workers-- more than 200 of them.

Waterville City Manager Mike Roy says "The loss of those jobs was in many ways devastating."

It was devastating for the workers, and also for the city of Waterville. Some hard years would pass before the city and the mill would rebuild.

Roy says, "This building is certainly one of the success stories as part of Waterville's renaissance. We talk a lot about the downtown being revitalized, but it really started with this building."

More than 60 high-end apartments were built in the Hathaway Center, and all rented almost immediately. When North River Co. purchased the building in 2017, it renovated the mill's ground floor into retail space.

The ground space is now home to a popular antique mall, Waterville Brewing Company, Waterville Creates, a karate studio, and more. The second and third floors of the building are occupied by Maine General Health.

While the Hathaway creative center is buzzing, its sister mills next door are still dark, deserted, and empty. However, that could be changing soon as North River Co. plans to also purchase and renovate those buildings.