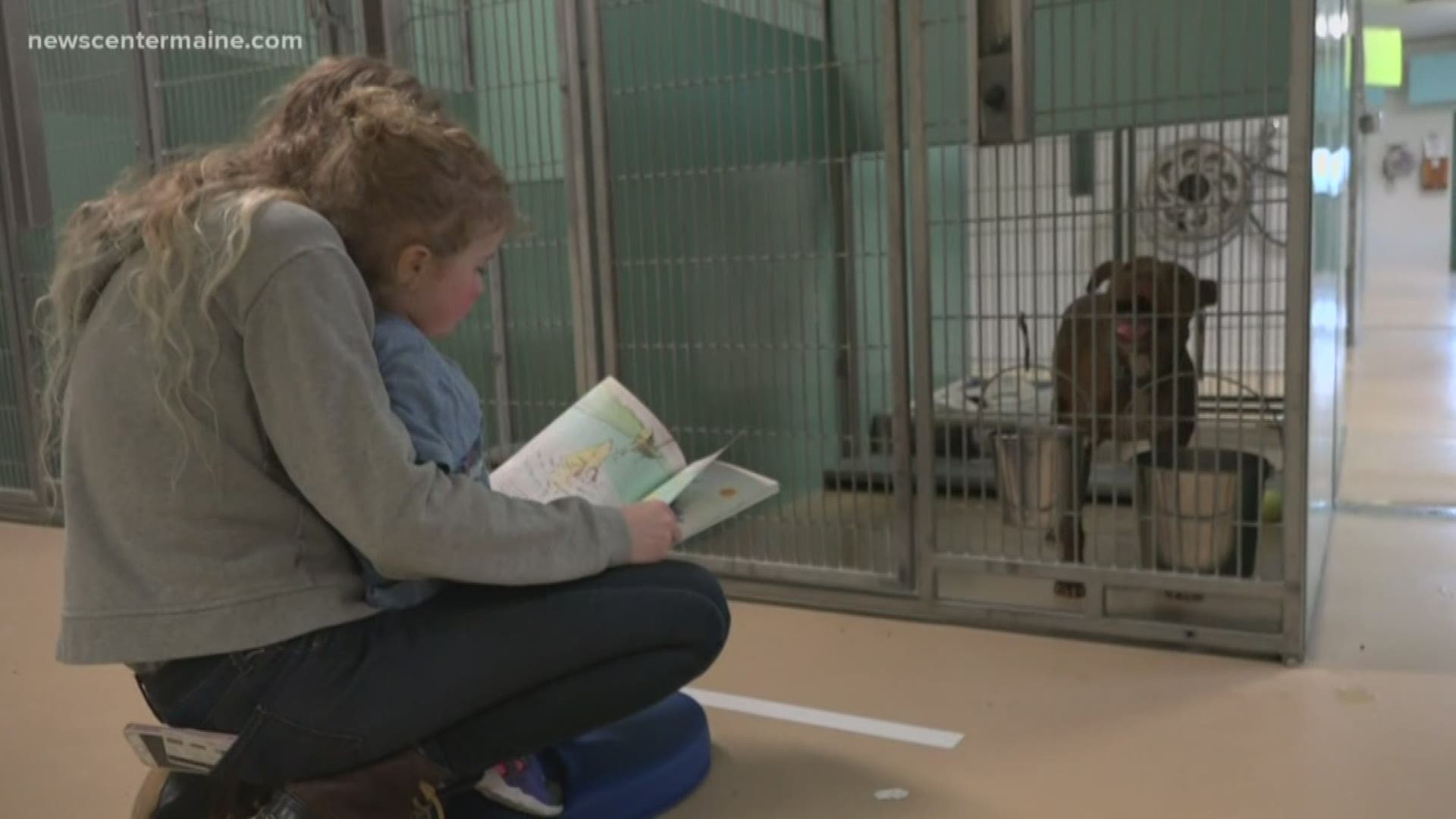 WATERVILLE, Maine — The Waterville Area Humane Society launched it's newest program on Saturday, that gives kids too young to volunteer the chance to interact with the animals in a positive environment.

The Little Rescue Readers program gives children ages four to twelve the chance to get into the shelter and read to the dogs and cats there while they wait for their forever home.

"We want to make sure that the animal's are stress free, and that the kids are really able to engage with them," said humane society operations manager Neil Skillen.

"Being able to bridge that divide between literacy and community service and animal welfare has been impactful for everyone," added Skillen.

The Little Rescue Readers will be available for community members every day from 3pm to 4pm, aside from Wednesday and Sunday when the shelter is closed to the public.

"It gave me such a positive feeling just to see them smiling and seeing the joy that it brought them," said Debra Sodoma, who brought her four children to the Waterville Area Humane Society on Saturday. "I think the children will be begging me to come back," added Sodoma.

Attendees on Saturday also had the chance to purchase books from Orrington Public Library librarian and author Kelly Bay. Bay says she saw kids take her book, and immediately go read to the cats and dogs there.

"That's the best part when they can come back and tell me about it, which rarely happens at a signing," said Bay.

Proceeds from Bay's book, "Sea Glass and the Lighthouse," sold today will also go to help the humane society.

Skillin says there were far more that attended than he ever expected, and hopes it could lead to more animals finding their forever homes.