City officials say roughly 1,200 volunteers have signed up to assist with the nearly 300 asylum seekers who entered the city in the last two weeks. 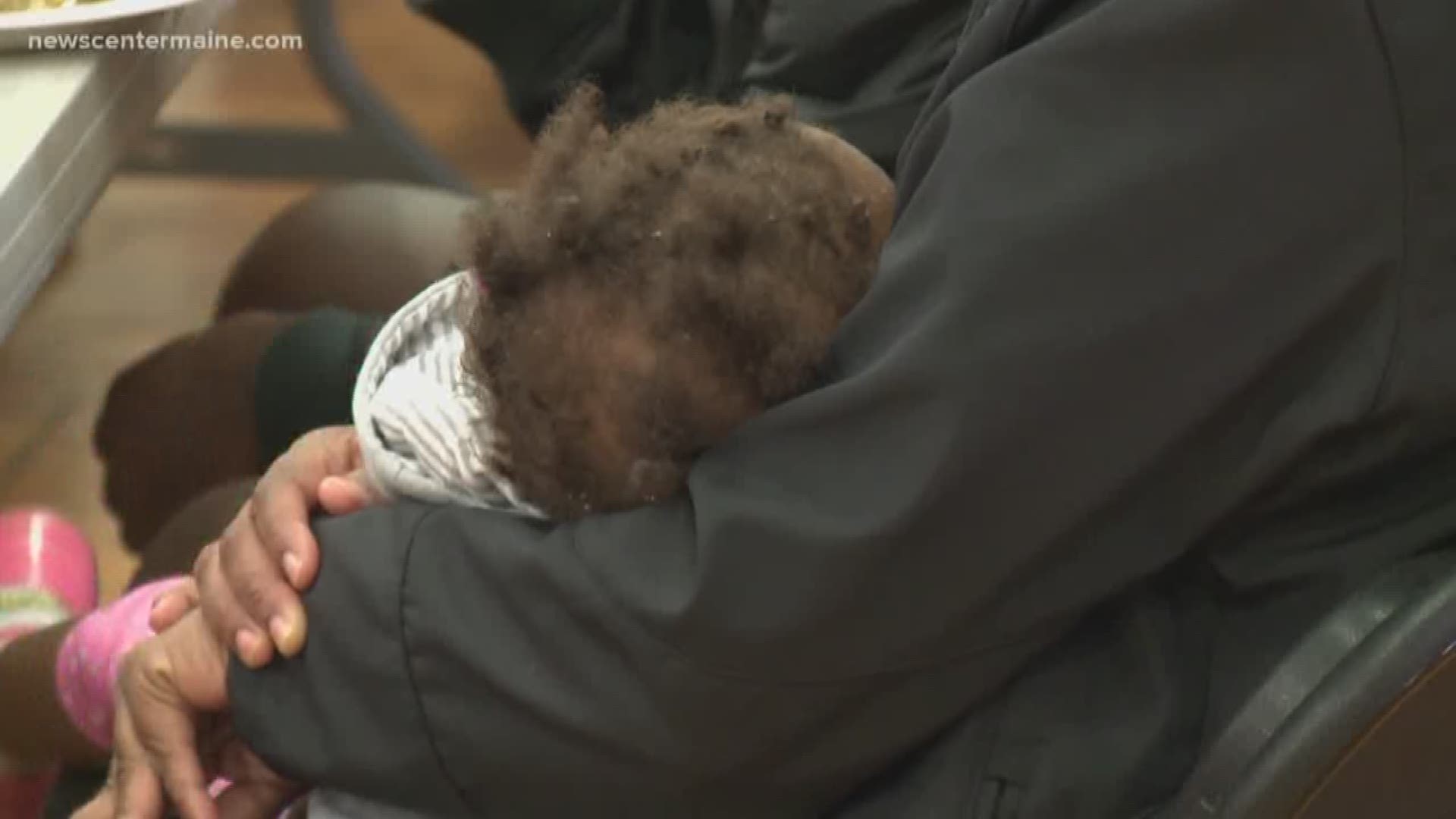 PORTLAND, Maine — Toward the end of last week, the number asylum seekers staying at the make-shift shelter in Portland's Expo building dropped -- but city officials say that number jumped back up to close 300 over the weekend.

As Portland leaders continue to work on finding permanent housing for the families, as well as determine the total cost for city taxpayers, roughly 1,200 volunteers are ready to assist in anyway they can.

Among them are Marcus Goodbody and Rebecca Strauss, two complete strangers with one goal in mind: helping those who need it.

RELATED: #askNOW: Can I offer up extra rooms in my home to Portland's asylum seekers?

"It felt good helping other people and to let them know they are safe now." Goodbody said.

Goodbody is a Junior at Falmouth High School and has spent the last couple years volunteering at his local food pantry. When he heard they needed help at the Expo, Goodbody says it was a no-brainer -- not just because he wanted to give back to others, but because he's passionate about learning.

"I am trying to get fluent in Arabic, so I try to volunteer as much as possible because it's really helpful," Goodbody said. "It's also just really cool to hear these people's stories and hear about what they have been through."

That want to give back to others is exactly why Strauss wanted to volunteer, only for her, it's a little more personal.

"My father was a refugee from Germany," Strauss said. "Having grown up at the table of refugees, I'm first generation on that side. I just have a sensitivity to what people are going through or have gone through."

She spent all last week serving breakfast to the families, and soon she hopes to be doing much more for them.

"I've also been asked to teach English over the summer to this group of refugees," Strauss said. "They're putting that together now."

While many questions about the asylum seekers' future remain unanswered, volunteers like Strauss and Goodbody say one thing is certain -- if the need is there, they will be there too.

"Being able to welcome people and to be able to give back a little bit of what my family got is of extreme importance to me," Strauss said.