VERIFY: When should you be worried by a fever?

The Verify team looks into what temperature you need to hit before getting concerned. 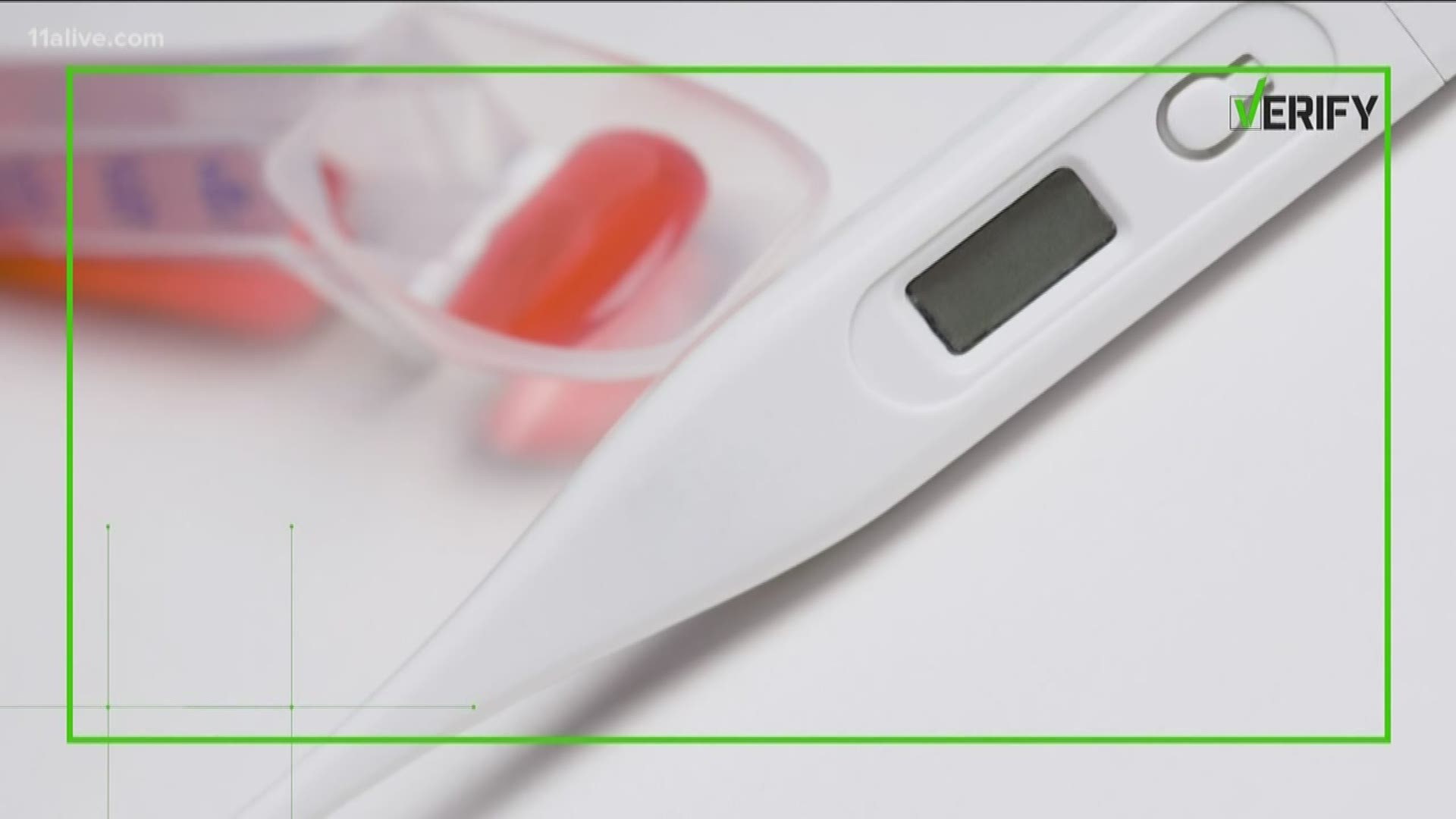 ATLANTA — Your forehead is burning up and you've got the chills so it's time to take your temperature, right?

But do you even know at what point to be concerned by a rising fever?

An 11Alive viewer reached out to the Verify team with that very question: "When i was younger, we didn't worry about someone's body temperature until it went over 98.6," Jillaine Gibson said. "Now we need to worry about it when it's 100 or 101, why is that?"

To address the question, the Verify team turned to 11Alive Medical Correspondent Dr. Sujuatha Reddy. To clarify, the below information pertains to adults, not children.

Dr. Reddy said a spike in temperature signals a natural response happening within the body.

"Fever is a normal response to infection," Dr. Redd said. "All the things your body is doing to fight infection, elevate your core temperature. Usually, fever is a side effect of the infection."

But when should you be concerned? The Verify team found a range of temperature numbers from sources such as the Mayo Clinic and Harvard Medical School. According to Dr. Reddy, the differences are because the temperature numbers are considered a guideline.

"Temperature itself is not always the absolute. You could have a lower temperature but have other more serious symptoms and you still need medical attention," Dr. Reddy said. "But a low grade temp is going to be right around 100 degrees and that's more common with minor infections like a cold."

"Above 101...that could be indicative of a more serious infection like influenza or perhaps something else like a bacteria infection. Like pneumonia or urinary tract infections," Dr. Reddy said. "As far as when to get really concerned, it really depends on the person and the other symptoms, but 102 or 103 probably needs some attention."

As a result, our team can verify average body temperature is 98.6 but that can vary depending on the person, while a fever can signal a range of infections, which is why temperature is not an absolute measure and other symptoms should be taken into account.

A body, a burning truck and the Ghostface Gangsters: 4 convicted in Mableton murder