Vice President Mike Pence postponed a trip to vote in Indianapolis, but some viewers are asking if his address 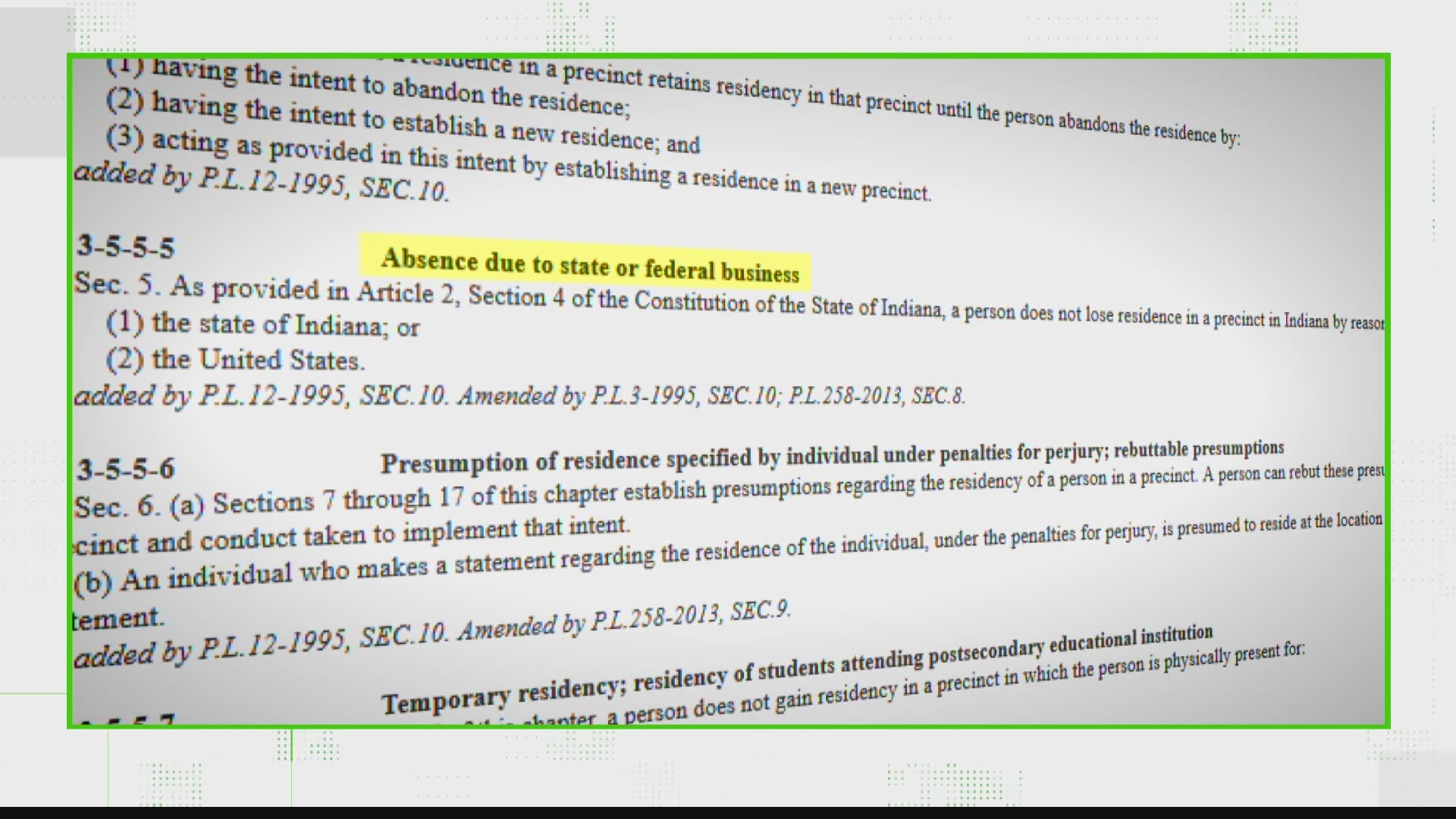 INDIANAPOLIS — Vice President Mike Pence has postponed his trip to Indiana. He was supposed to cast his early vote at the City-County Building in Indianapolis on Friday.

The vice president's office has not said when the trip will be rescheduled, but his plans to vote in Indiana has prompted a wave of questions about his residency and if his visit will interrupt voting.

Pence lives in a home at the Naval Observatory in Washington D.C. provided for the nation's second in command. He's lived there for the last three years.

Under Indiana law, a person cannot have residency both inside and outside of the state, so Hoosiers have questions.

What address does Mike Pence have to allow him to vote in Indiana? Does he own property in Indiana?

For answers, 13 News went in search of Indiana records and spoke with the vice president's office.

Pence's team cites Indiana Code 3-5-5-1, "A person does not lose residency in a precinct in Indiana by reason of a person's absence on business of the United States."

But the state's residency law also says in IC 3-5-5-9, "if a person is physically present within another state with the intention of remaining in the other state for an indefinite time...the person loses residency in the precinct…"

In fact, the issue of intent was raised several years ago when Republicans contested Evan Bayh's eligibility to run for the Senate. He maintained an address in Indiana, but lived in the D.C. area.

IUPUI political science professor Bill Bloomquist said Bayh was able to move forward because he "intended" to return to Indiana, and that "there is essentially no way to prove that they don't" intend to live in Indiana.

The Pence team refused to say whether the vice president intends to return to Indiana or stay in Washington, but he no longer owns property in the state. Since he is living in temporary government-provided housing, his residency defaults back to his last legal address.

According to Marion County voter records, we can confirm he's listing the governor's mansion on N. Meridian Street as his legal residence.

But that raises even more questions. The Governor's Residence on N. Meridian Street is the same address Governor Eric Holcomb is using. So can both of the politicians claim the same legal residence?

13 News spoke with the chair of the political science department at IUPUI, as well. Aaron Dusso said "the issue has never been to court." It's simply untested. 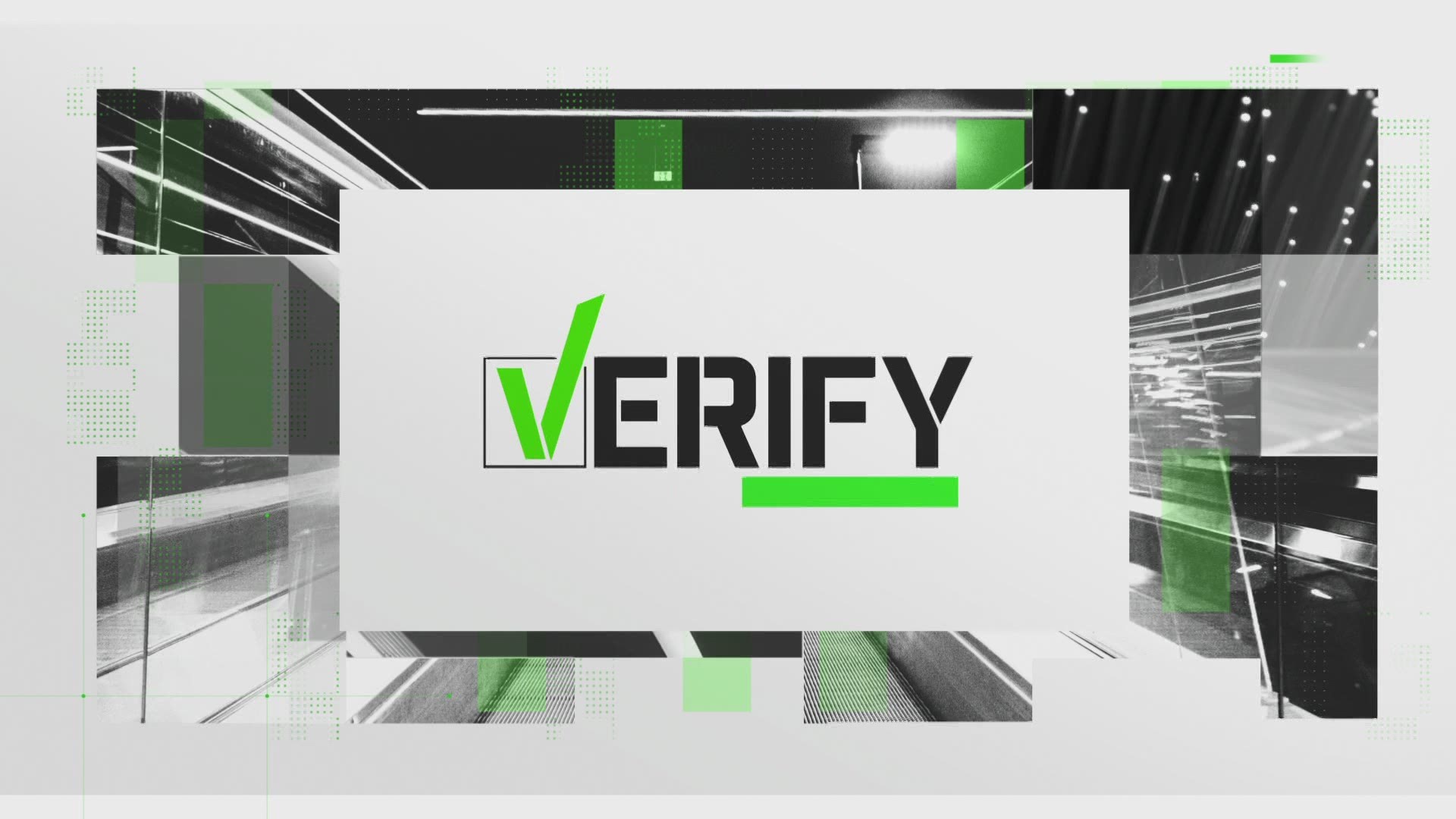 Another viewer said she was concerned that early voting in Marion County would be shut down all day to accommodate the vice president.

Russell Hollis, deputy director of the clerk's office, said, "Voting will not be shut down at the CCB when the VP arrives. Voters will continue to vote while the VP is here."

With Pence postponing his trip late Thursday afternoon, there's no word on when he will make the trip.

Early voting will go on as scheduled in Marion County on Friday.

If you have something you want us to check out, email VERIFY@wthr.com.