No, NFL players don’t have to be vaccinated but there are stricter rules for unvaccinated players

Last week, the NFL announced that teams may have to forfeit games this season if a COVID-19 outbreak among unvaccinated players leads to a cancellation. 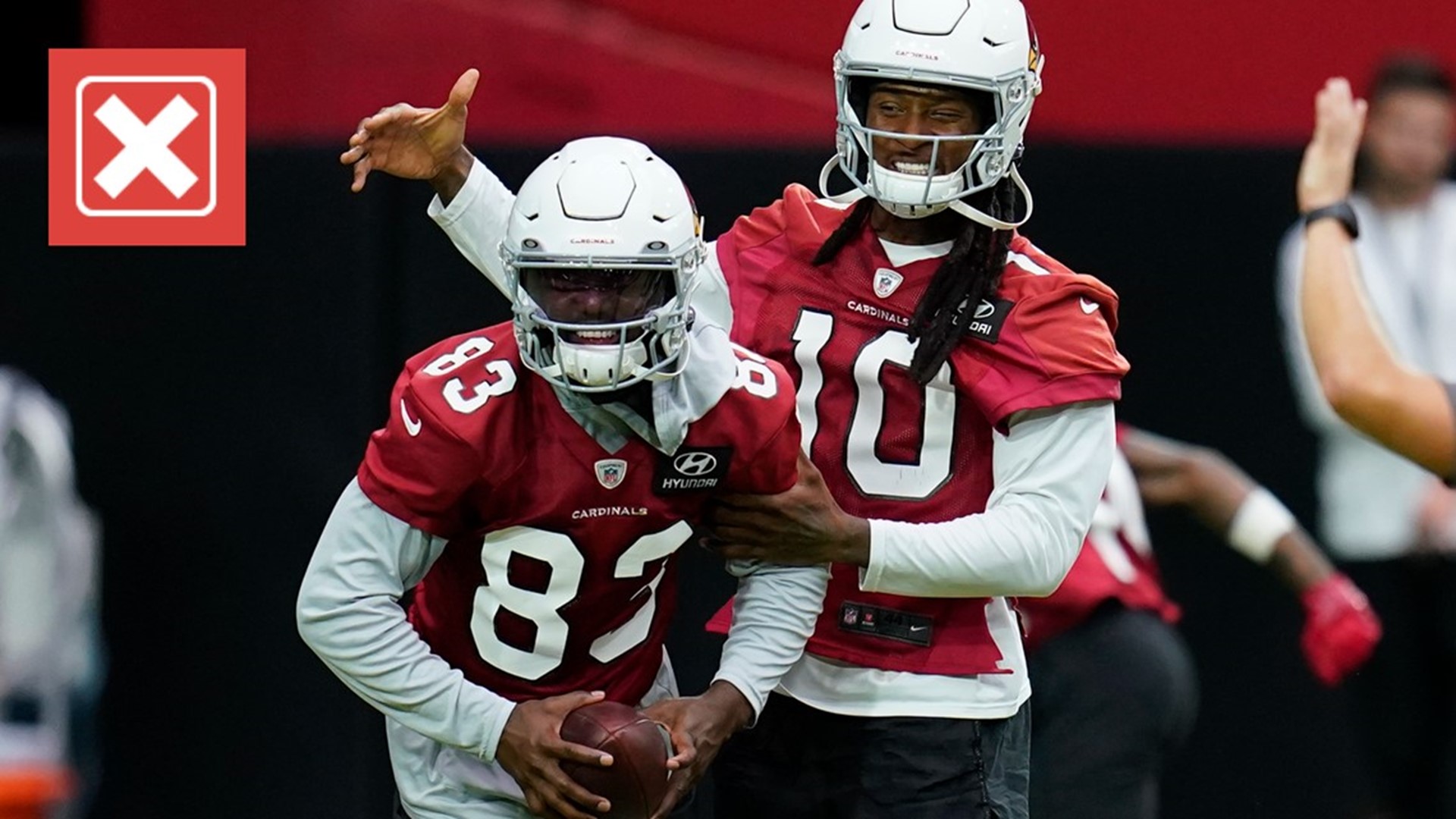 As the COVID-19 pandemic continues, many businesses across the country are evaluating and implementing rules regarding vaccinations. The NFL is one of them.

Throughout the offseason, the league has adjusted its COVID-19 protocols. Now, with training camps beginning and the preseason games just over a week away, those policies are being put to the test and getting national attention. Over the past week, Google Trends data shows there has been a rise in searches on “NFL COVID rules” and “NFL vaccine policy.”

Is the NFL requiring players to be vaccinated against COVID-19?

The NFL said as of July 22, more than 75% of players were in the process of getting vaccinated and that more than half of the teams in the league have had more than 80% of their players vaccinated.

The league and the players’ union, the NFL Players Association (NFLPA), have encouraged players to be vaccinated but a mandate is not in place. That’s something that would have to be negotiated between the league and the union, according to sports law experts Jodi Balsam and John Wolohan.

“Anything that impacts the terms and conditions of employment needs to be negotiated with the NFLPA - since this would impact players employment (especially if they said no), yes it would have to be negotiated,” Wolohan, a professor of sports law at Syracuse University, told VERIFY via email.

Balsam, a law professor at Brooklyn Law School, said the league and the NFLPA negotiated COVID-19 safety protocols last year and there was no requirement for players to be vaccinated. As part of that agreement, though, players conceded that they would not be paid if they could not play in a game due to COVID-19, Balsam said.

The NFL has continued to update its policies regarding vaccinated and unvaccinated players. Most recently, on July 22, the league sent a memo to teams informing them they may have to forfeit games this season if a COVID-19 outbreak among unvaccinated players leads to a cancellation. If a game is canceled and can’t be rescheduled, neither teams’ players will be paid. Furthermore, the team with the outbreak would be responsible for additional expenses incurred by the opposing team.

If a COVID-19 outbreak among vaccinated players leads to a postponed or canceled game, the NFL said it would “attempt to minimize the competitive and economic burden on both participating teams.”

Some players responded with criticism of the policy. DeAndre Hopkins, a star wide receiver for the Arizona Cardinals, tweeted, “Freedom?” That came after he deleted a tweet that said he was questioning his NFL future because of the vaccine protocols.

Balsam said the July 22 memo was about putting players and teams on notice that there could be competitive and economic penalties for potential COVID-19 outbreaks among unvaccinated players.

“There will be an impact, there will be penalties on teams,” she said. “The last thing [players] want to do is be the reason their team must forfeit a game.”

Last year, the NFL considered adding a week at the end of the regular season so games postponed due to COVID-19 could potentially be played then. While games were postponed and rescheduled, the NFL did not need to add the extra week. This season, that extra week does not appear to be an option.

“We do not anticipate adding a ‘19th week’ to accommodate games that cannot be rescheduled within the current 18 weeks of the regular season,” the league said in its memo to teams. “If a game cannot be rescheduled within the current 18-week schedule and is canceled due to a Covid outbreak among non-vaccinated players on one of the competing teams, the club with the outbreak will forfeit the contest.”

As for coaches and staff, they must be vaccinated to work in close contact with players. Exceptions are made for “bona fide” medical or religious reasons. Coaches who refuse to get vaccinated are also barred from “football-only” restricted areas. Those rules limit what coaches can do and in one instance led to a coach taking on a different role.

While the NFL has made stricter rules and harsher penalties for players who are unvaccinated, the league has not required players to be vaccinated.

More from VERIFY: No, NFL teams aren’t currently requiring fans to be vaccinated against COVID-19 to attend games