VERIFY: When was President Trump first diagnosed with COVID-19?

There have been conflicting timelines given for when the president was told he had coronavirus. The Verify team investigated the timelines and information. 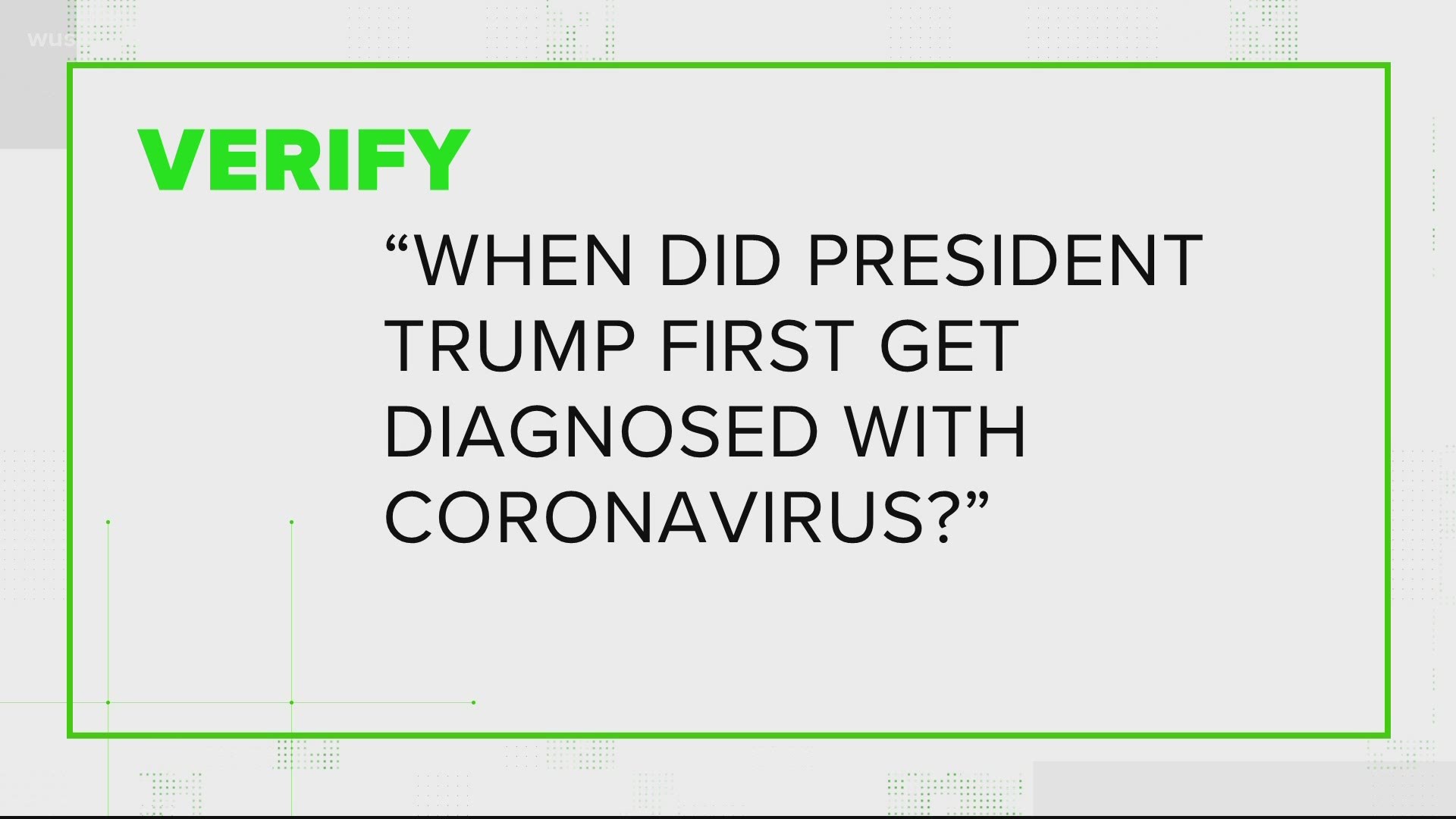 WASHINGTON — Throughout the weekend, President Trump has battled COVID-19. The timeline for when the president got infected with the virus has been a bit confusing.

There has been a lot of information coming out about President Donald Trump’s diagnosis, including a report suggesting the president may have been diagnosed a day before the White House admitted he had COVID-19.

When did President Trump first get diagnosed with coronavirus?

At some point between 9:50 p.m. and midnight on Thursday, October 1st.

President Trump on Twitter and in an interview with Fox News.  The physical report released by the President’s physician Dr. Sean Conley. A press release from the White House.

Tonight, @FLOTUS and I tested positive for COVID-19. We will begin our quarantine and recovery process immediately. We will get through this TOGETHER!

However, things got really confusing when Saturday October 3rd in the morning when Dr. Sean Conley said of the President’s diagnosis, “We are now just 72 hours into the diagnosis.”

That would put the President’s diagnosis a day earlier than the White House reported the diagnosis came out, Wednesday, September 30.

Within hours of that quote, Dr. Conley released a statement in which he said he misspoke. He corrected himself and said he meant three days since the diagnosis. Which would put the timeline back at Thursday, October 1.

To determine a smaller window of when the diagnosis came down, we went to President Trump’s interview with Sean Hannity on Fox News.

So we can report, according to our sources, President Trump’s diagnosis happened at some time between 9:50 p.m. on October 1 and midnight on October 2.

RELATED: VERIFY: Under the 25th Amendment, who decides if the president is unable to do his or her job?

RELATED: VERIFY: What are the drugs treating President Trump typically used for?