No, the U.S. Capitol rioters can’t be charged with domestic terrorism for Jan. 6 insurrection

During a committee hearing on the insurrection at the U.S. Capitol, #GOPDomesticTerrorists trended on Twitter. But, the rioters can’t be charged with terrorism. 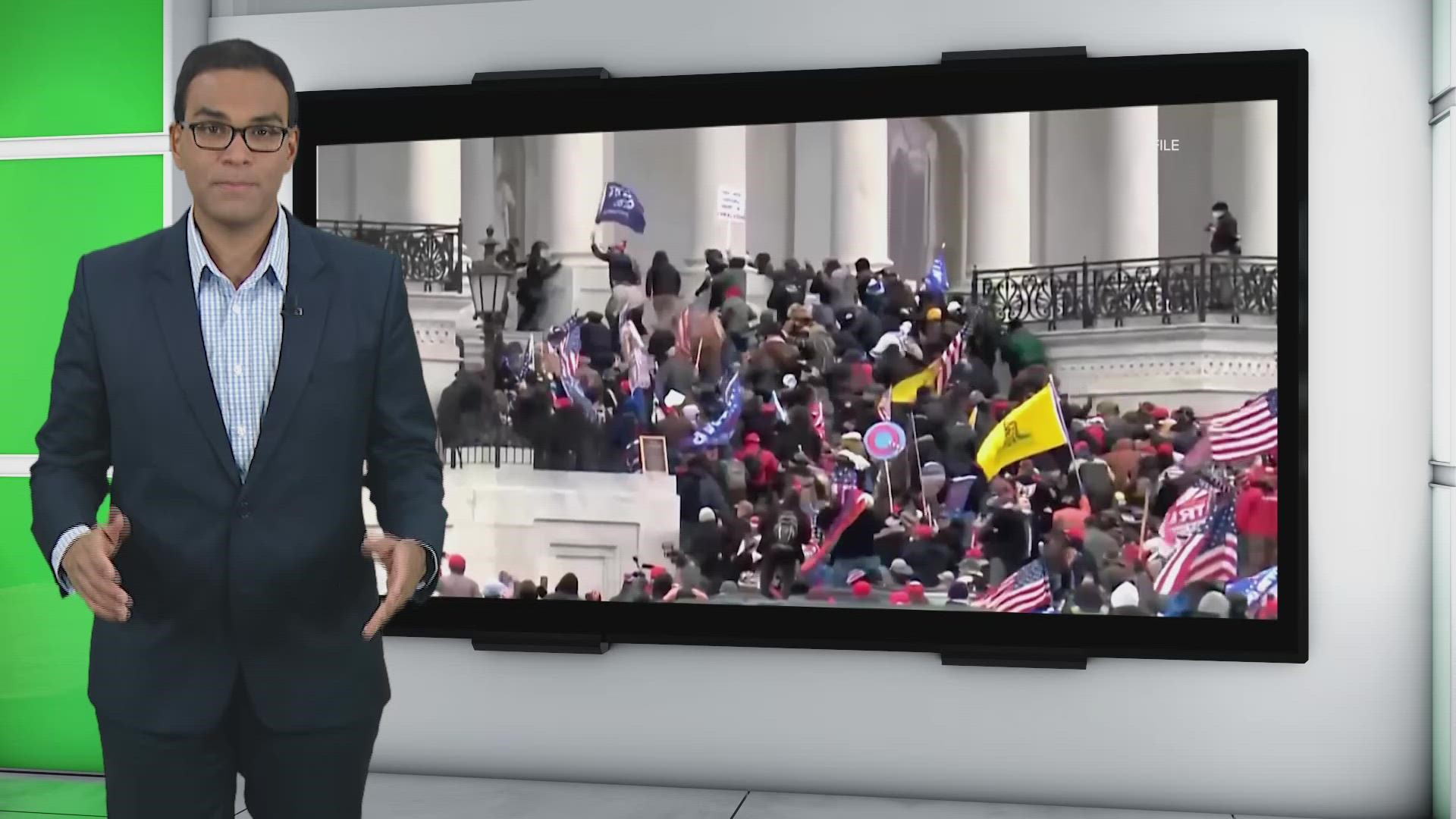 On July 27, the House select committee investigating the Jan. 6 attack at the U.S. Capitol held its first hearing, where four police officers gave testimony about their firsthand experiences amid the mob.

On more than one occasion, the insurrectionists who stormed the Capitol building were referred to as “terrorists” during the testimonies. On Twitter, #GOPDomesticTerrorists began trending, with some claiming the rioters should be defined and prosecuted as U.S. terrorists.

And #WeThePeople demand for them to be prosecuted as such. #Jan6thCommission #GOPDomesticTerrorists#LockDJTUp

According to Google Trends, from Jan. 3 through Jan. 9, there were hundreds of searches for terms connected to domestic terrorism, during the same timeframe as the events leading up to and following the insurrection at the U.S. Capitol.

Can the rioters involved in the U.S. Capitol insurrection be charged with domestic terrorism?

A person can only be charged with domestic terrorism if they are connected to a foreign designated terror group, according to Brian Michael Jenkins, an expert on terrorism and senior advisor to the The Rand Corporation president.

The RAND Corporation “is a research organization that develops solutions to public policy challenges to help make communities throughout the world safer and more secure, healthier and more prosperous,” according to its website.

“The U.S. has a list of Foreign Terrorist Organizations, those groups formally designated by the Department of State as terrorist organizations. There is no equivalent list of domestic terrorist groups,” Jenkins told VERIFY.

The U.S. Department of State has a designated list of foreign terrorist organizations on its website, but according to a report from the Congressional Research Service (CRS), has declined to designate domestic groups because doing so may infringe on free-speech rights.

“While the FBI has confirmed in public hearings that extremists are subjects of ongoing domestic terrorism investigations, it declines to designate any organization a ‘domestic terrorist organization.’ Doing so may infringe on First Amendment-protected free speech — belonging to an ideological group in and of itself is not a crime in the United States,” the CRS report said.

“In a July 2019 congressional testimony, Director [Christopher] Wray said the FBI does not investigate ideology; it investigates violence. While individuals involved in the attack on the Capitol may belong to extremist groups such the Proud Boys and Boogaloo Bois or adhere to their ideology, the federal government declines to designate these groups as domestic terrorist groups and instead focuses on the violent criminal acts of individuals, whether members of these groups or not,” the report continued.

In response to the January 6 insurrection at the Capitol, President Joe Biden launched a National Strategy for Countering Domestic Terrorism, but the insurrectionists charged with crimes connected to the rioting were not charged with domestic terrorism. A list of defendants charged in federal court in the District of Columbia related to crimes at the U.S. Capitol can be seen here.

“Domestic terrorism” is defined as “activities that involve acts dangerous to human life that are a violation of the criminal laws of the United States or of any State; appear to be intended to intimidate or coerce a civilian population, to influence the policy of a government by intimidation or coercion, or to affect the conduct of a government by mass destruction, assassination, or kidnapping; and occur primarily within the territorial jurisdiction of the United States,” according to the strategy fact sheet.

“For example, Timothy McVeigh, widely considered a domestic terrorist, was convicted of murder, conspiracy, and using a weapon of mass destruction in the 1995 bombing of the Alfred P. Murrah Federal Building in Oklahoma City that killed 168 people, but he was not convicted of domestic terrorism,” the report said.

MORE FROM VERIFY: No, Nancy Pelosi didn't have a role in deploying the National Guard on January 6