Following heating tensions in the Middle East, there are a few claims circulating this week online need to be verified. 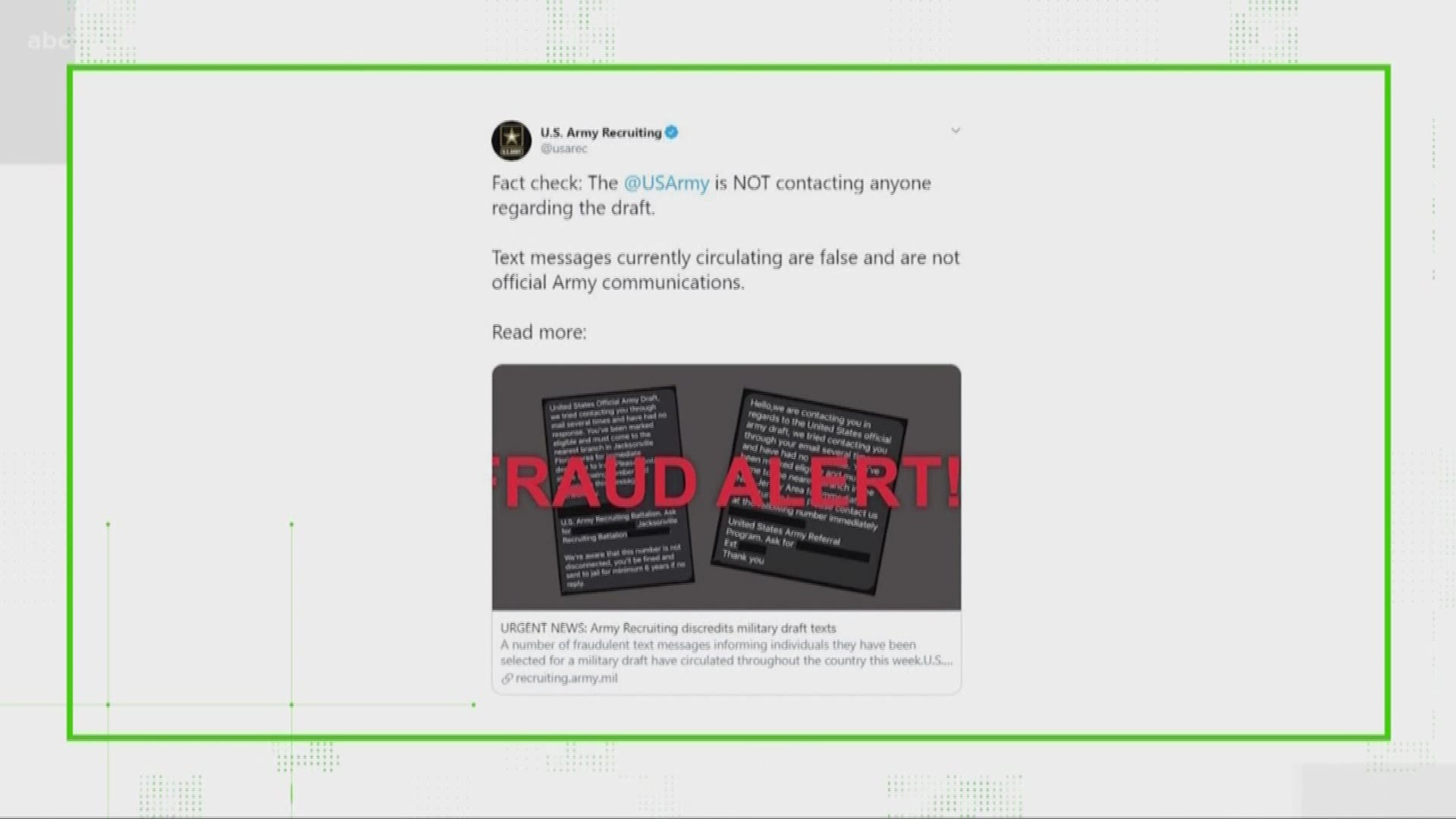 SACRAMENTO, Calif — As the tensions continue to rise in the Middle East between the United States and Iran, chances are, your social media feeds — Twitter, Facebook, you name it — are full of information about what's happening.

But we want to caution you: Don't believe everything you read.

There are a few claims circulating this week that ABC10 wanted to verify, so that you are not subjected to a slew of misinformation online.

First, there is the claim that some texts were sent and received saying the military has reinstituted the draft. Well, they have not.

It is too early to tell how many causalities there are after Iran launched more than a dozen ballistic missiles at two bases in Iraq, which housed U.S. troops.

Some tweets circulating have stated that American casualties have were upwards to 20, but that's not verified.

RELATED: Iran fires back at US with missile attack at bases in Iraq

When it comes to photos, be extremely cautious.

Several photos trending on Twitter are not actually from what happened this week in the middle east. Instead, they are old photos.

Like this one from Twitter user Neko Bychenko, who said the photo he posted was the first photo from Tuesday's missile attacks from Iran.

A simple Google reverse search shows the photo is actually from 2018 when Snopes reported: Iran Fires Ballistic Missiles at Syria Militants over Attack in 2018.

ABC10, like much of the news media, will be talking about the tensions in the Middle East for a long time. So if there's something strange you see, or if there's a claim that you aren't sure is true, let us know, and we will verify for you.

FOR NEWS IN YOUR COMMUNITY, DOWNLOAD THE ABC10 APP:

►Stay In the Know! Sign up now for ABC10's Daily Blend Newsletter

WATCH MORE: Expert: President Trump's threat against cultural sites 'something that terrorists do'