Facebook told us the update is in response to proposed legislation from the Australian government. 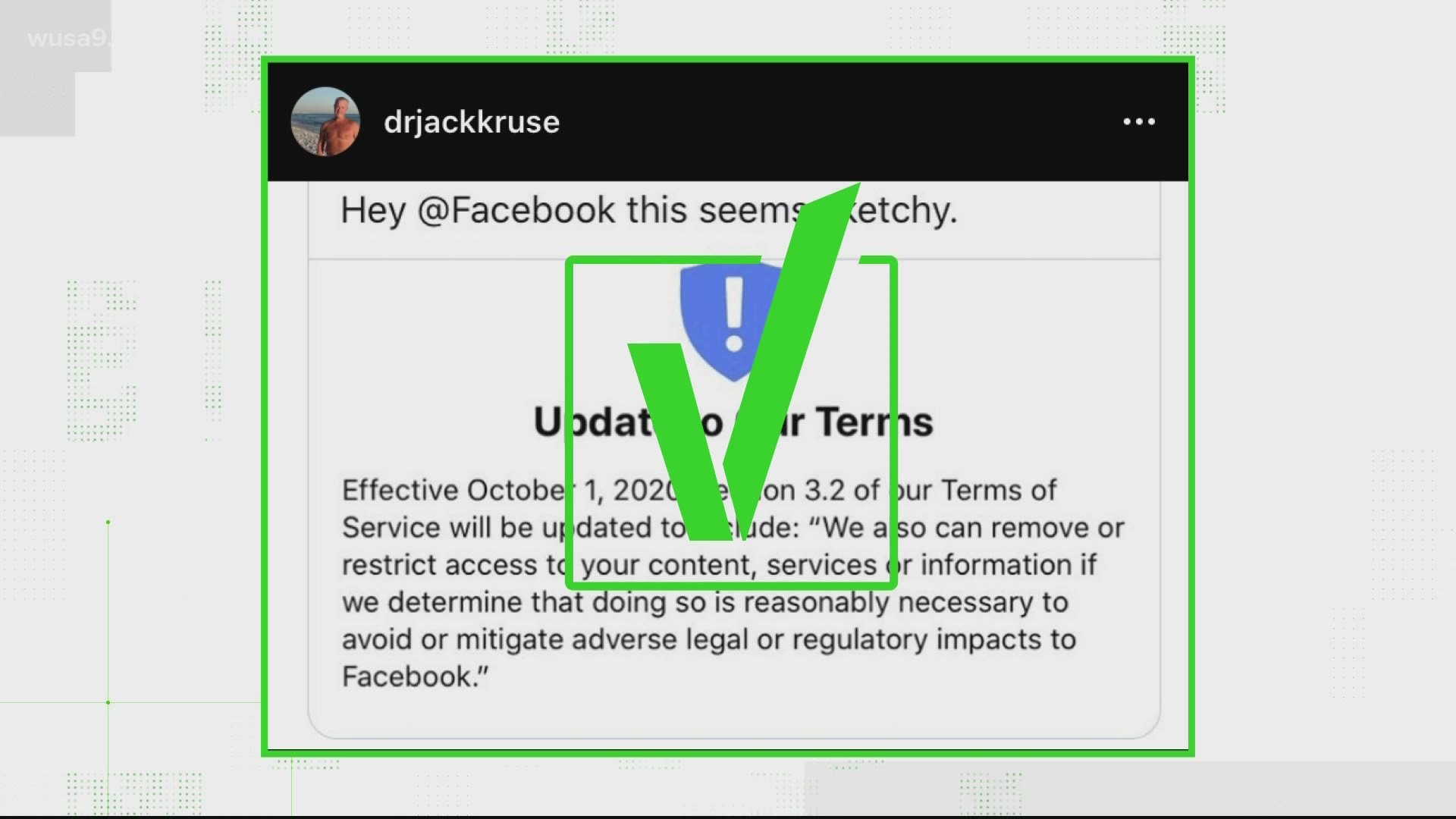 PROCESS: A viewer sent an Instagram post to the Verify team that appears to show a change to Facebook's terms of service effective Oct. 1. The notification says Facebook can "remove or restrict access to your content, services, or information if we determine that doing so is reasonably necessary to avoid or mitigate adverse legal or regulatory impacts to Facebook.”

A spokesperson told us that yes, this is a real change to Facebook's Terms of Service. In a statement, they told us the change is intended to "provide more flexibility for us to change our services to continue to operate and support our users in response to potential regulation or legal action."

The spokesperson made it clear to us that this policy change is reactive rather than proactive, and was put in place in response to legislation proposed by the Australian government.

According to a press release from the Australian Competition and Consumer Commission, if passed, this new law would mean “Australian media will be able to bargain with Google and Facebook to quickly secure fair payment for news content.”

This Terms of Service update is Facebook's formal response. The change would allow Facebook to block people in Australia from sharing news content on the social media site, therefore preventing the revenue sharing law from going into effect. They said they will not implement this rule unless the law passes.

In a statement, the Managing Director for Facebook in Australia and New Zealand said, "Assuming this draft code becomes law, we will reluctantly stop allowing publishers and people in Australia from sharing local and international news on Facebook and Instagram."

The Facebook spokesperson also told us that they made this change a global rule to protect themselves in case another country follows in Australia's footsteps to give bargaining power to media organizations.

So we can verify, yes, this Terms of Service update is legit. But Facebook told us that the update shouldn't impact your individual posts.