VERIFY: Can the president impose martial law in his final week in office?

Since last week's riots at the U.S. Capitol, there have been a variety of martial law claims on social media. 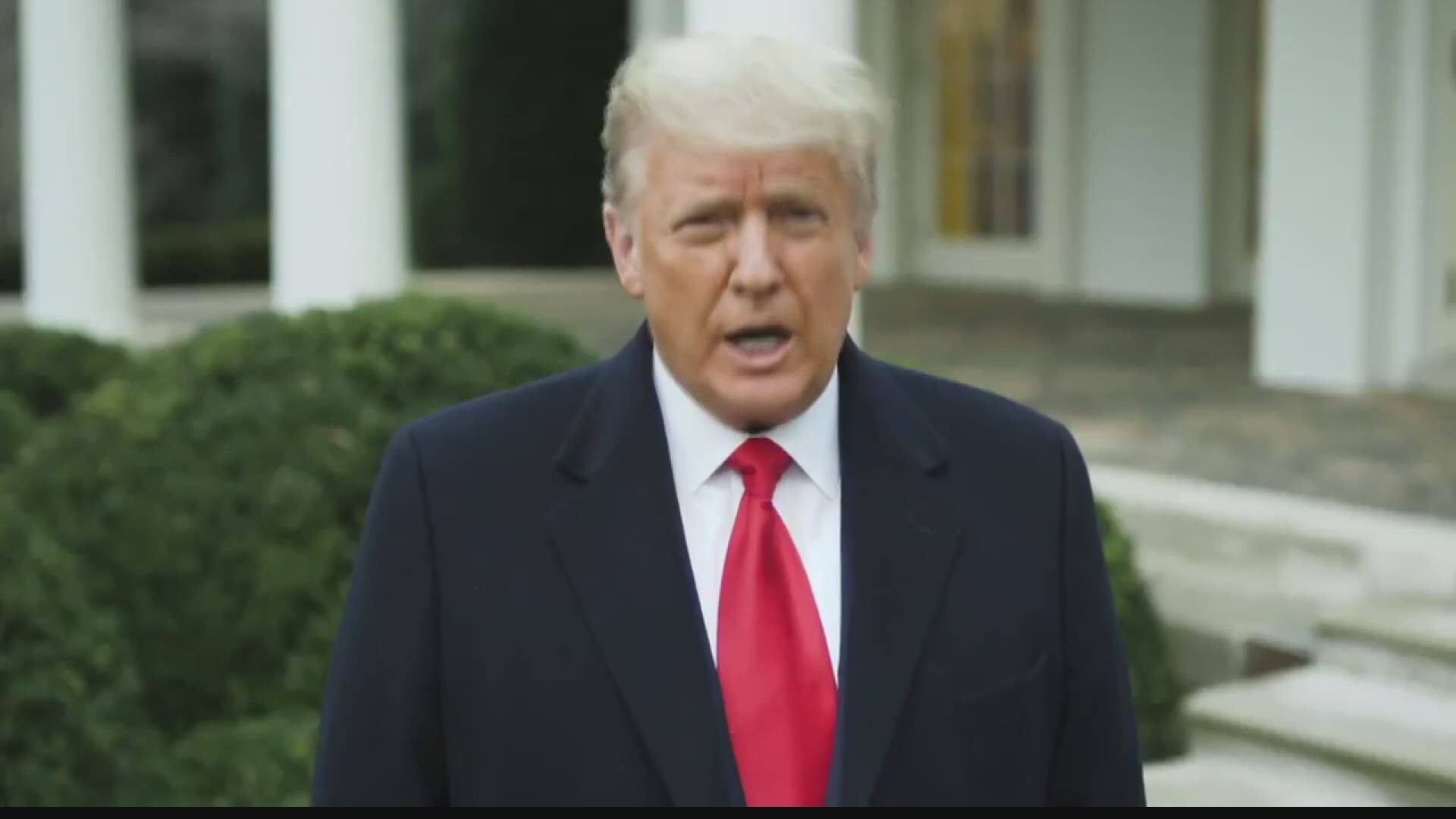 WASHINGTON D.C., DC — The 13News VERIFY team has received many questions about whether President Trump has announced plans to declare martial law.

Those questions have increased since last week's riots at the U.S. Capitol and because some of the president’s supporters continuing to make a variety of martial law claims on social media.

“At around 5pm Trump announced martial law,” said another.

A post on Twitter claims: “Trump is now stepping down. Not in the way that you think. He is allowing a smooth transition of power. Not to Biden but to the military. This is exactly what he means. Transition to martial law.”

Martial law refers to emergency situations in which the military steps in and takes control from civilian authorities. Under martial law, local courts are replaced by military tribunals and decisions rest with military commanders rather than elected officials. Martial law has been invoked dozens of times during wartime, but not since the attack on Pearl Harbor almost 80 years ago.

Could it be used now due to unrest over the recent election?

"That's about as likely as the Loch Ness Monster coming to downtown Indianapolis," said Gerard Magliocca, a constitutional law professor at the Indiana University McKinney School of Law.

"Martial law would be used in a battlefield setting where there's no other authority to enforce the law,” the law professor told 13News. “In the middle of war, if you occupy a city, initially there has to be martial law because there is no one else there and somebody has to establish the law. But as soon as lawful authority can be put in place, that’s the end of martial law. There's no circumstance I can think of where it can be used in peacetime."

Magliocca went on to explain the president and state leaders commonly call out the National Guard to assist local authorities during times of disaster and unrest. But that is not the same as martial law, which allows the military to take full control.

"The president has no ability to unilaterally authorize himself to impose martial law, just as he could not issue an executive order allowing himself to decide judicial cases or controversies," Daniel Kobil, a law professor at Capital University Law School, recently told the non-partisan fact checking service Politifact.

Joseph Nunn, a constitutional scholar from the Brennan Center for Justice, agreed, explaining that the president has no power to declare martial law because neither the U.S. Constitution nor Congress have granted that power.

But in a lengthy analysis of the executive branch’s power involving martial law, Nunn also acknowledged, “the president still has extensive authority to deploy the military domestically to perform law enforcement functions. The Insurrection Act — and possibly Title 32 as well — leave it almost entirely up to the president to decide when and where to use U.S. armed forces at home against Americans.”

The Insurrection Act is a federal law that allows the president to deploy military force to quell civil disorder, insurrection or rebellion. Some social media posts have stated Trump already invoked the Insurrection Act, but there is no evidence to support that claim.

To the contrary, the president said in a recent speech “a new administration will be inaugurated on January 20.”

In that same speech, released one day after a group of the president’s angry supporters mobbed the U.S. Capitol, Trump said he is focusing on "ensuring a smooth, orderly and seamless transition of power.”

The bottom line: most constitutional scholars say an American president does not have the authority to declare martial law to deal with civil unrest after an election, and if a president tried, Congress and the U.S. Supreme Court likely would not permit it.

Claims that President Trump has legal authority to impose martial law and that he's announced plans to do are false.

If you see a claim that you'd like 13News to VERIFY, email us at VERIFY@wthr.com.