VERIFY: Yes, food and medication can cause false positives on drug tests

Viewer Nikki D. said she'd tested positive on a drug test for a drug she never used. She asked if it could be because of something she ate? We verified. 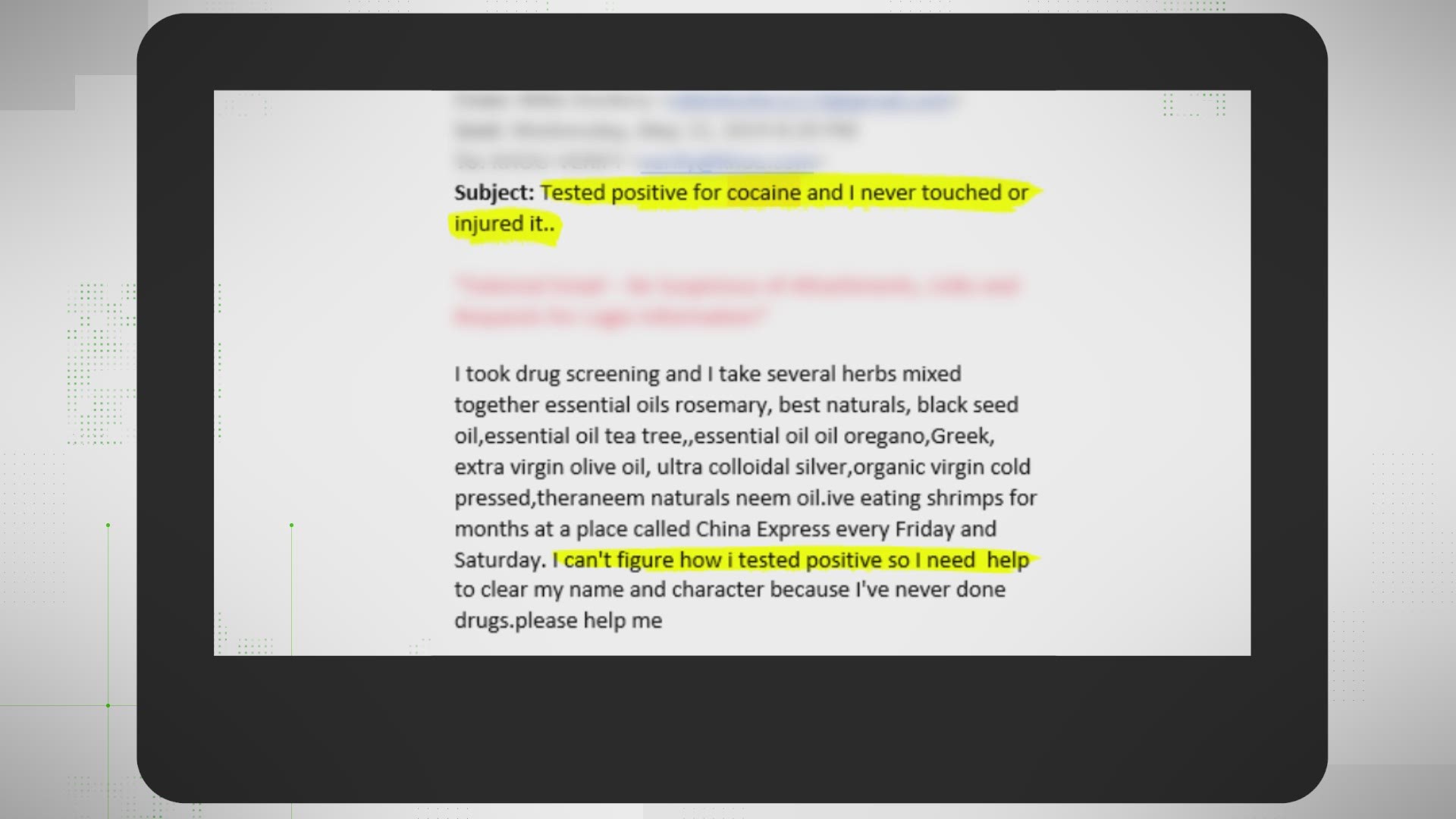 Viewer Nikki D. sent VERIFY an email about a recent drug test she’d taken. She claimed she tested positive for cocaine on the test, despite never using the drug.

She wanted to know if it’s possible that something she ate or ingested caused the test result.

You may remember poppy seed bagels being a big target of this topic in the 1990’s. Multiple tests showed that the seeds contained trace amounts of morphine and codeine that would show up in urine tests. It turns out there might be more foods and substances that can do the same.

Is it possible to test positive for a drug you haven't taken? Are there any factors that could influence a false positive drug test?

Yes, while it’s not a guarantee, there are substances including certain foods, drinks and medications that can cause false positive results on drug tests. .

The FDA states that “certain foods, food supplements, beverages, or medicines can affect the results” of some drug tests.

A 2008 study by the Mayo Clinic found multiple substances that could show up in urine tests and cause false positives.

For example, patients who took Benadryl (Diphenhydramine) and then did a drug test had detectable amounts of Methadone and Opiates in their urine.

In another case, those who took Wellbutrin (Bupropion) had detectable amounts of Amphetamines in their test results.

And to answer Nikki’s question, both Coca leaf tea and Cocaine anesthetics caused detectable amounts of cocaine in the testing.

Keep in mind that all bodies are different. While these studies show that certain substances can contribute to false positives on drug tests, it doesn’t mean they always will.

So, we can VERIFY that certain foods and drugs can cause false positives on drug tests.

But, if you take a drug test, and get a result you weren’t expecting, check to see if you consumed any of the substances above and see if you can re-take the test.