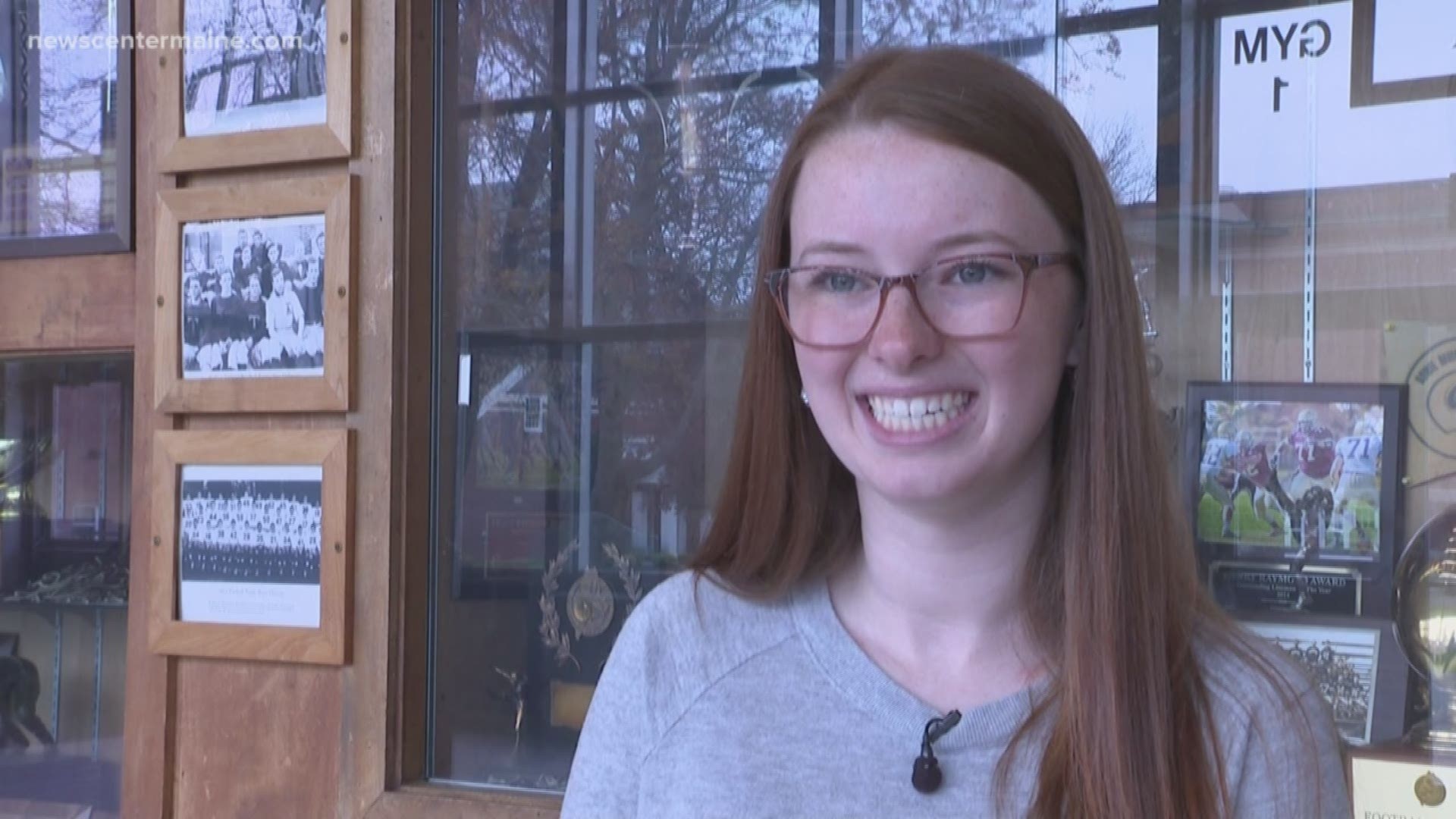 "She was walking through the halls and had a coffee cart," says Megan. "I asked her what she did and she said she played basketball, so I went to a game and I thought, 'I'm a cheerleader, might as well cheer for them. They don't have cheerleaders.'"

Megan recruited some teammates and founded the first unified cheering squad at her school. It's now grown into an official club at TA.

That experience was so powerful, it shaped Megan's whole future. She is going to Merrimack College next fall to become a special education teacher. It took hard work to get to that point, including overcoming a dyslexia diagnosis, but Megan never gave up on her dream.

"When I get that diploma I'm going to be so excited," says Megan. "I'm going to hold it up, my whole family is going to see that I did it, and it's going to make my day."

Megan's athletic accomplishments are something to be proud of, too. She plays field hockey, but an injury kept her on the sidelines her senior year. That didn't stop her from contributing to the team. Megan was the recipient of this year's Steph Lunt 12th Player Award. It's given to one field hockey player in the state who gives her all on and off the field.

"It's an inspiration for other players who may have adversity during their season to see that even though you may be injured or something is a set back for you, you have the opportunity to still contribute to the team," says Gary Stevens, Athletic Administrator at TA.

Megan is also inspiring kids in her school by raising awareness for a worthy cause.

"I wear gray everyday in May for brain cancer awareness for my mom," says Megan. "She has an incurable form of brain cancer. And I ask my friends to wear gray on my mom's birthday, which is May 15."

Megan's friends are happy to get behind whatever Megan supports, because they know how much good she does for her community.

Congratulations to Megan Cairns, the newest member of the Varsity Club!