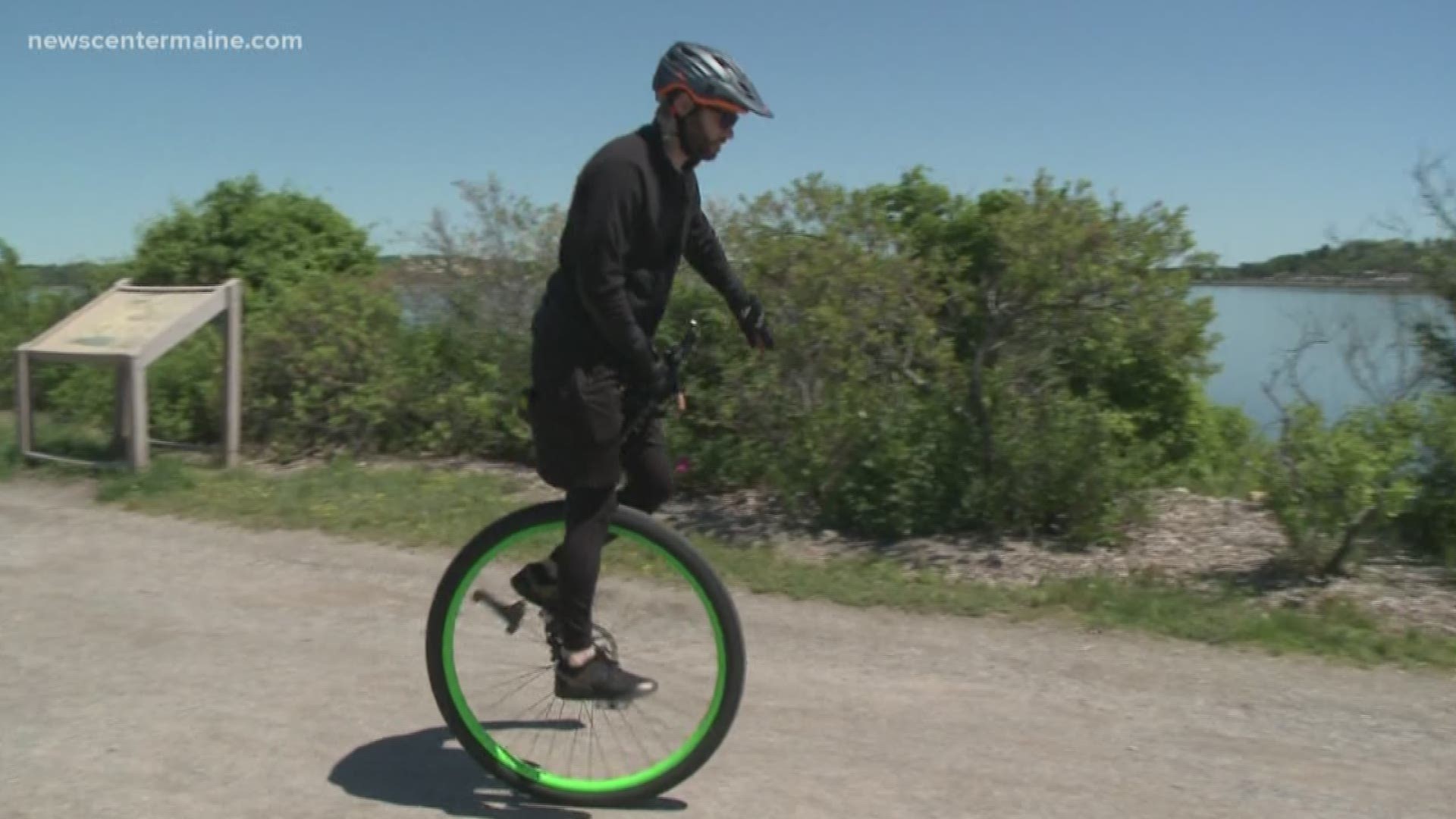 BRUNSWICK, Maine — Thousands have ridden their bicycles in the three-day Trek Across Maine. But only one participant has accomplished the feat on a single wheel.

Hugh Sharp from Cape Elizabeth, Maine, rode 180 miles on a unicycle in the annual fundraiser for the American Lung Association, which ended Sunday. His pace was slower than the other cyclists, so he had to pedal longer.

RELATED: Unicycling the Trek Across Maine

The nurse anesthetist at Maine Medical Center was pedaling in honor of his father, who died two years ago from chronic obstructive pulmonary disease. The race ended on Father's Day.

Riders started and ended in Brunswick, Maine, with overnight stops at Bates College in Lewiston, Maine, and Colby College in Waterville, Maine.