Dan Renouf contributed a goal to the post-season run by the Charlotte Checkers that culminated in the AHL championship. 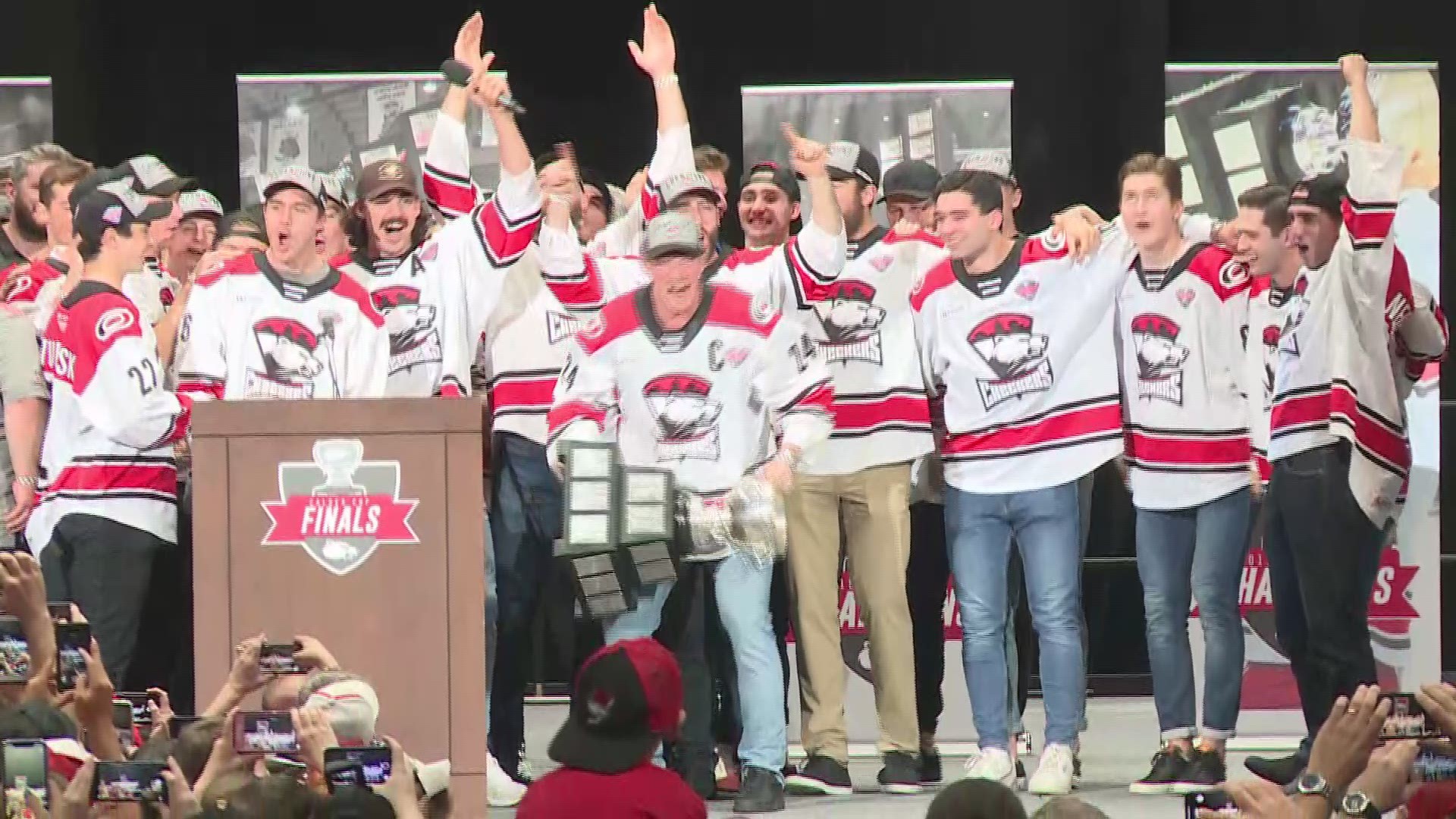 CHARLOTTE, N.C. — Black Bear fans who feel excluded from the Stanley Cup excitement can turn their attention to the Calder Cup to satisfy their championship cravings.

UMaine alum Dan Renouf helped crown the Charlotte Checkers as the best team in the AHL. The Checkers claimed the 2019 championship on Saturday, June 8, by beating the Chicago Wolves in five games.

Charlotte threw a party on Monday to celebrate the team, and Renouf was in the middle of the celebration.

Renouf posted one goal and two assists through the playoffs. His regular season contributions included two goals and 22 assists.

Raised in Pickering, Ontario, Renouf left his home country to further hone his skills as a defenseman at the University of Maine where he played for three years from 2013 to 2016. 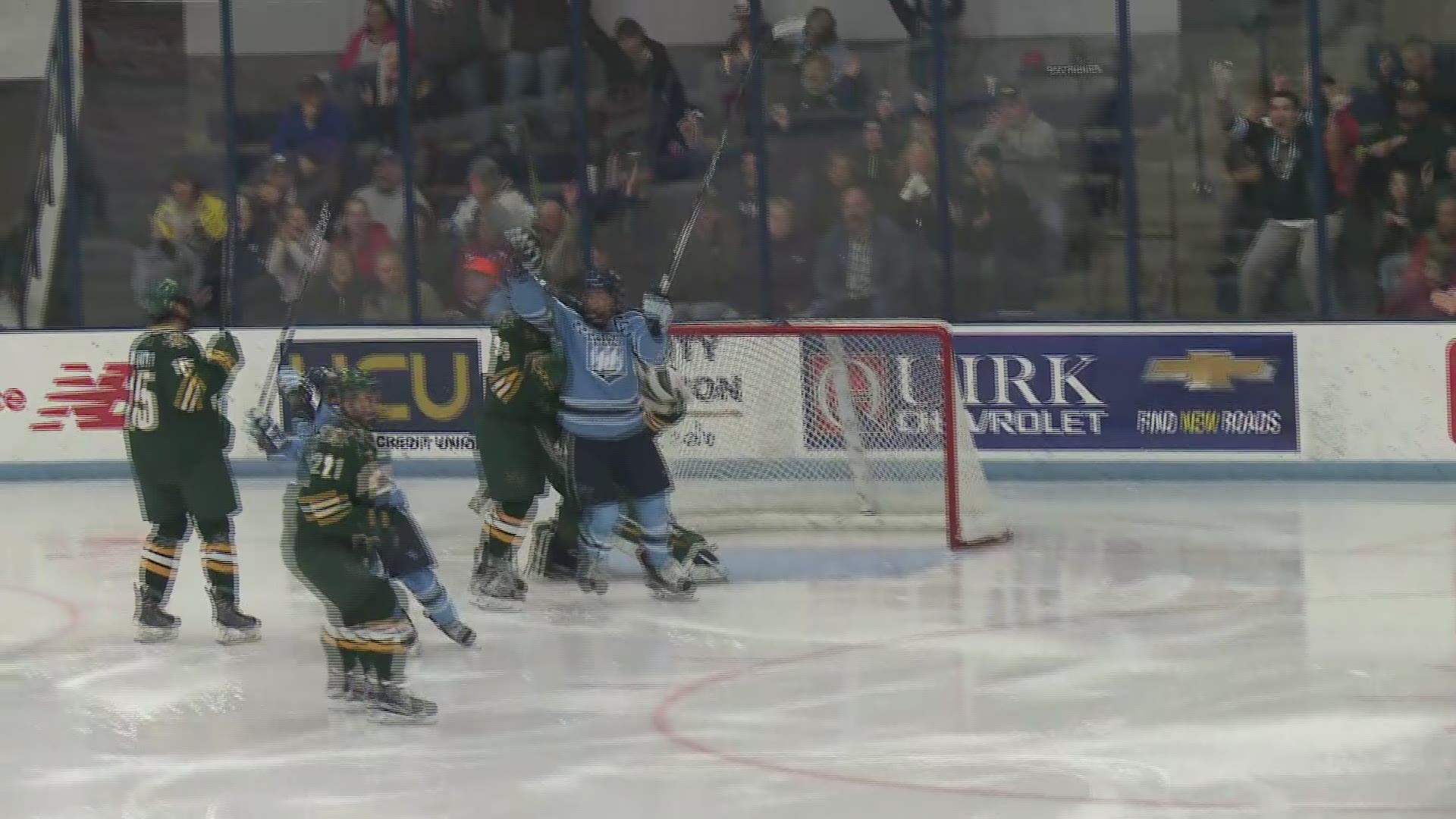 Post college, Renouf skated for the Grand Rapids Griffins. Their affiliation with the Detroit Red Wings allowed him to make his debut appearance in the NHL in 2017. He rejoined the Griffins the next day, and with that team he would go on to win his first Calder Cup. But the organization let him go at the end of his contract. Another opportunity presented itself with the Carolina Hurricanes-affiliated Checkers, and a year later Renouf was a champion again. 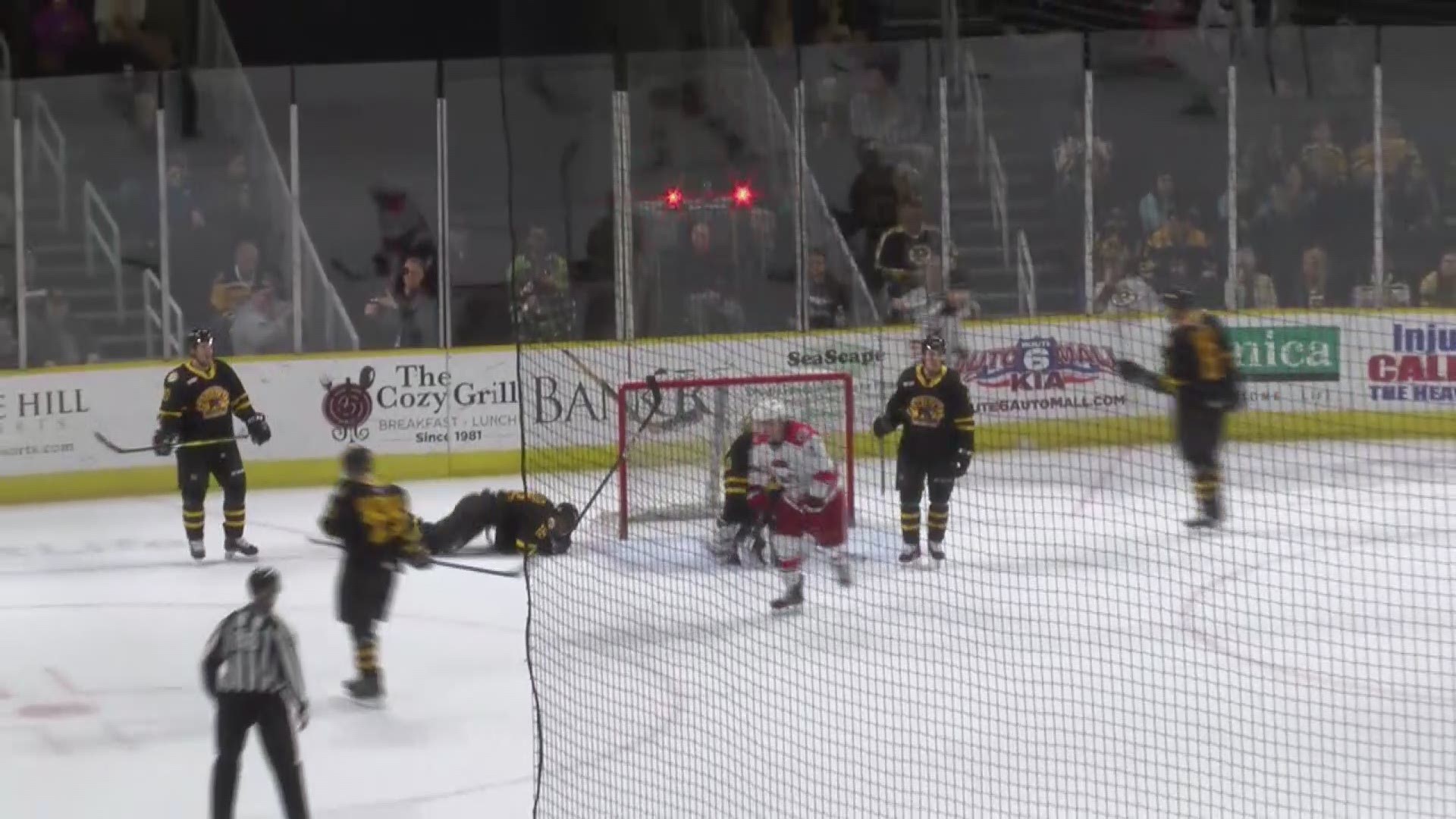 The same can’t be said for another cup contender from UMaine. Gustav Nyquist’s pursuit of the Stanley Cup ended when his San Jose Sharks lost to the St. Louis Blues in the NHL Western Conference final.

Although UMaine is not represented in the Stanley Cup Final, the series is not without links to the Pine Tree State. Jaroslav Halak of the Boston Bruins and David Perron both previously played for the Lewiston Maineiacs.