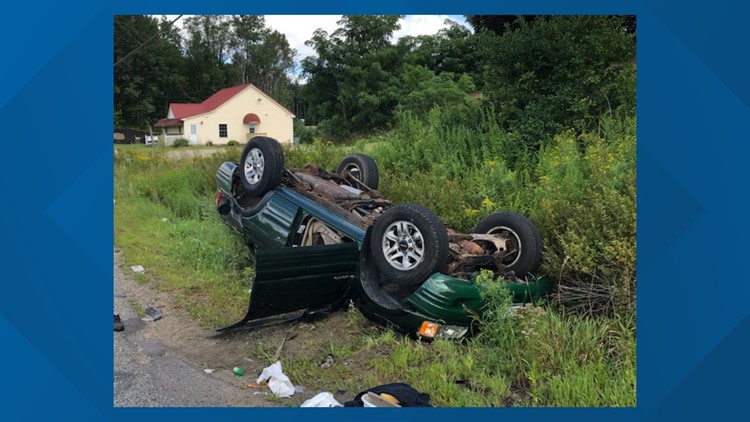 Scott West, 62, was headed north on Route 236 in an Isuzu just before 10 a.m. when it was struck by a Toyota Yaris driven by 18-year-old Payton Kerr of South Berwick, police said.

Kerr was attempting to turn left onto Route 236 from Route 91 when her Toyota struck the Isuzu, causing it to roll over multiple times before coming to rest on its roof.

His condition was not immediately available Sunday afternoon.

The Toyota crossed the roadway and traveled into the marsh off the southbound lane of Route 236.

Kerr and a female passenger were taken to Wentworth Douglass Hospital with minor injuries.

The crash remains under investigation. South Berwick police ask anyone who witnessed the crash or who has information about it to call Officer David Arsenault at 384-2254.