They're back! Summer tourist season kicks off in Maine

Memorial Day weekend is typically considered the unofficial start to summer in Maine -- and already, the state is starting to flood with tourists. 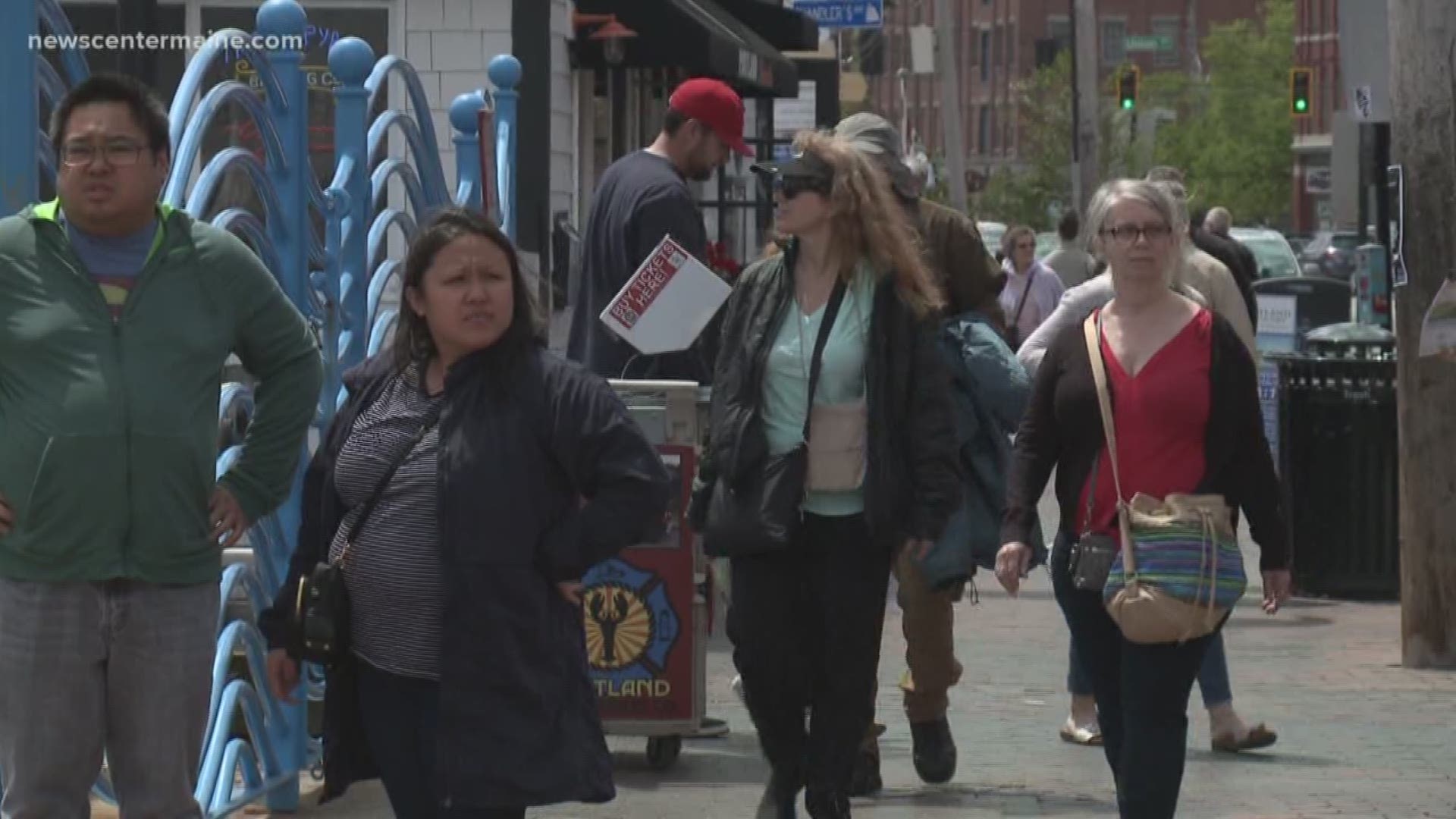 PORTLAND, Maine — Memorial Day weekend is typically considered the unofficial start to summer in Maine -- and already, the state is starting to flood with tourists.

Thursday morning, the city of Portland welcomed the Norwegian Dawn to town. It's the city's first big cruise ship this year, carrying with it more than three-thousand passengers and crew on board.

Local street vendors and businesses were more than ready to the welcome the influx of tourists.

Richard and Sherry Hilliard were on the cruise ship. The couple lives in California.

"We like getting away from home, relaxing, seeing different things, food," said Richard.

"I like the sunshine. It was cloudy and cold in Nova Scotia," Sherry added.

It's been a long spring in Maine.

Nancy Preble of Auburn is a local vendor who sells photographs and lobster claw ornaments. Preble says she's excited the weather has finally seemed to turn.

"Finally, it is great to come down here, and it's great to see all the people from all over the world, really."

Many of whom go to great lengths to eat Maine lobster -- like Dora and Amado Dehoyos who live in Von Ormy, Texas.

"We drove from Texas to Maine to get lobster. He had just retired," Dora said.

"Where are you going to get lobster, but in Portland, Maine?" Amado smiled.

"We call it the craziness," said Cade Jarivs, who works at Edgcomb Potters on Commercial Street -- adding that the summer tourist season is a critical one.

"Especially because we're a small business, it's important to have an area like this where we're constantly have people walking in everyday and discovering us. They get to go home with a piece of Maine," said Jarivs.

The people from away are discovering everything Maine has to offer, from the unique to the well-known.

"We're looking to get a lobster roll, so we're hoping to find a good one. And blueberry pie -- we're told that it was the best to get it here."

We Mainers don't like to brag -- but it's true.