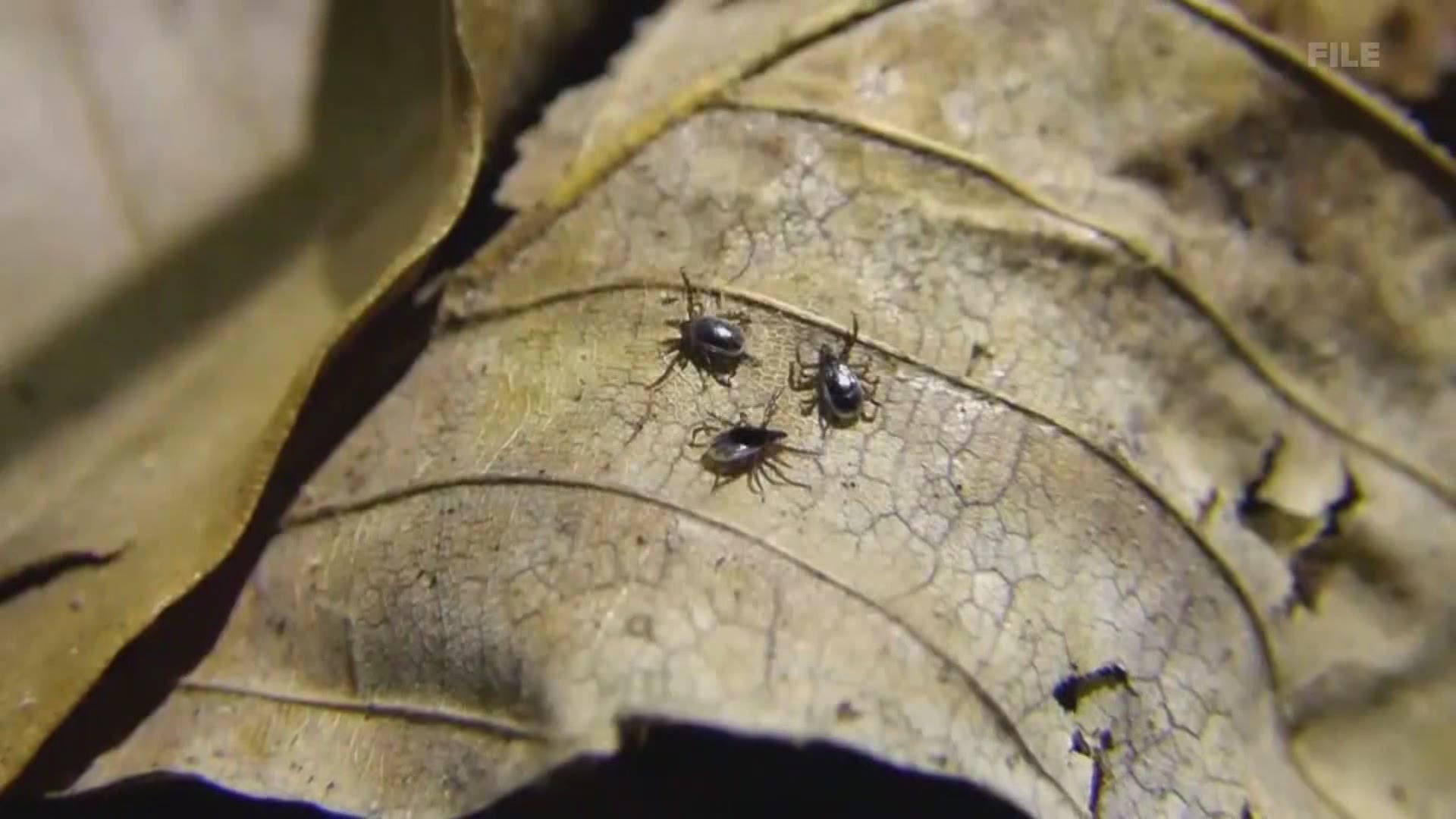 CUMBERLAND, Maine — Deer ticks that carry Lyme disease are rebounding in coastal Maine and inland areas after falling flat this summer. The lingering drought helped put a dent in cases of the disease and other tick-borne illnesses.

Cases of Anaplasmosis are down a little more than half at 385 this year compared to last year.

But periods of wet weather and fluctuating temperatures this fall triggered a big surge in tick activity and that means people and their pets continue to be at risk.

Like many Mainers, Chris Philbrook and his daughter Lilly are spending more time outdoors during the pandemic.

But this family never lets its guard down when it comes to protecting themselves against deer ticks that carry Lyme disease. Philbrook was bitten by a deer tick more than a decade ago. That led to a condition called Bell's Palsy. The muscles on the left side of his face became weak and partially paralyzed. Part of his face still has no feeling, so he has a warning for folks heading outdoors.

"They really need to be thinking seriously about this every time they go outside. It can change your life in an instant," Philbrook, a tick-borne illness survivor said.

Drought conditions this summer and early fall resulted in tick populations in Maine to be far less active. That led to a drop in tick samples at the Maine Cooperative Tick Lab in Orono. But more recent warm and wet conditions caused the number to rebound in October and November, higher than the same period in 2019.

And just recently -- a new record.

"We actually just received over 100 on Monday alone, which is our highest one-day total in either of the two years we have been collecting ticks for testing," Dill of the Maine Cooperative Tick Lab said.

So far this year, 37 percent of the ticks collected by the lab have tested positive for Lyme disease.

Chuck Lubelczyk, is a Vector Ecologist at Maine Medical Center's Research Institute. He and other researchers are collecting tick samples from all of Maine's 16 counties. He says ticks can adapt to fluctuating temperatures which allows them to survive a gradual drop below 32 degrees.

"They actually have a type of anti-freeze in their system which kicks in as it starts to get cold. That antifreeze kicks in and prevents them from freezing," Lubelczyk said.

Another concern: the majority of the people who sent in tick samples didn't use precautions including wearing protective clothing or repellent. Even as temperatures drop, ticks can be active year-round, so protect yourself and your pets while outdoors.

Information on real-time data on cases of Lyme disease and tick-borne illness from the Maine CDC can be found here.

For information on tick-borne illness and prevention from the CDC, click here.