The 'bones' of Maine's bioeconomy on display

Innovative scientists from the University of Maine were among the hundreds who attended the 39th annual International Trade Day in Portland Friday. 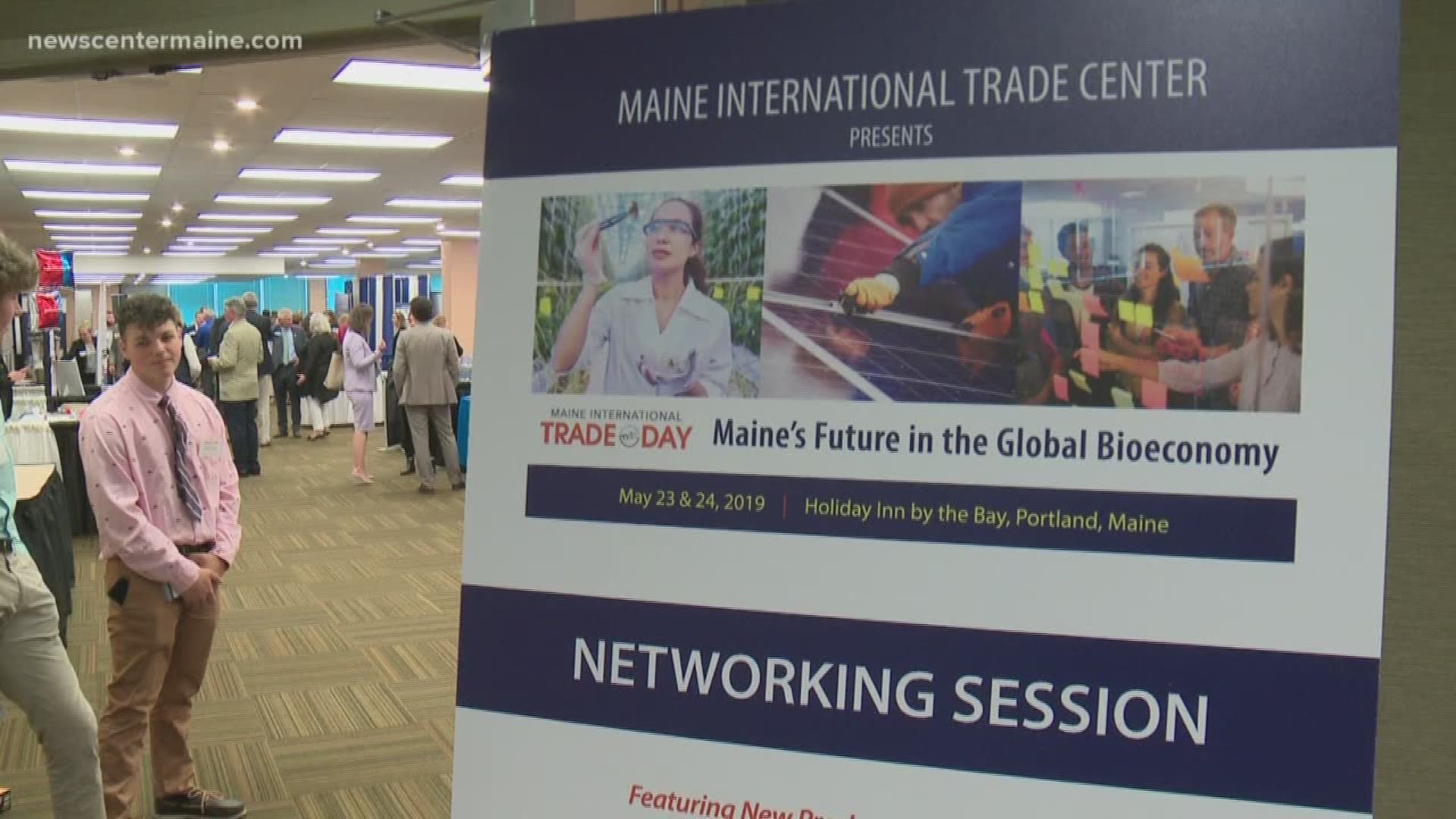 PORTLAND, Maine — Leaders from across the state and around the world were in Maine's largest city for International Trade Day.

We've heard a lot recently about new uses for resources we have in abundance, like wood waste for jet fuel or seaweed for biofuel.

The future of Maine's bioeconomy was front and center Friday at the trade show in Portland, now in its 39th year.

Among the hundreds who were there; Governor Janet Mills and Finland's Permanent Secretary of the Ministry of Agriculture and Forestry, Jaana Husu-Kallio.

While there's a lot Maine can learn from Finland and other Nordic countries that have become global leaders in the bioeconomy, Husu-Kallio says there's a unique connection between Finland and Maine.

"We have so much in common, plenty of forests, plenty of water so by combining the resources and by combining especially the expertise we can do much more than we have done in the past," said Husu-Kallio.

Innovative scientists from the University of Maine were also there Friday.

One group, for example, is seeking a patent for the bones they created essentially from wood pulp. They say this could be a game changer for orthopedic materials in the medical world.