Maine Army National Guard is using the restoration of the historic Life Saving Station on Wood Island in Kittery as federal and state training for wartime missions. 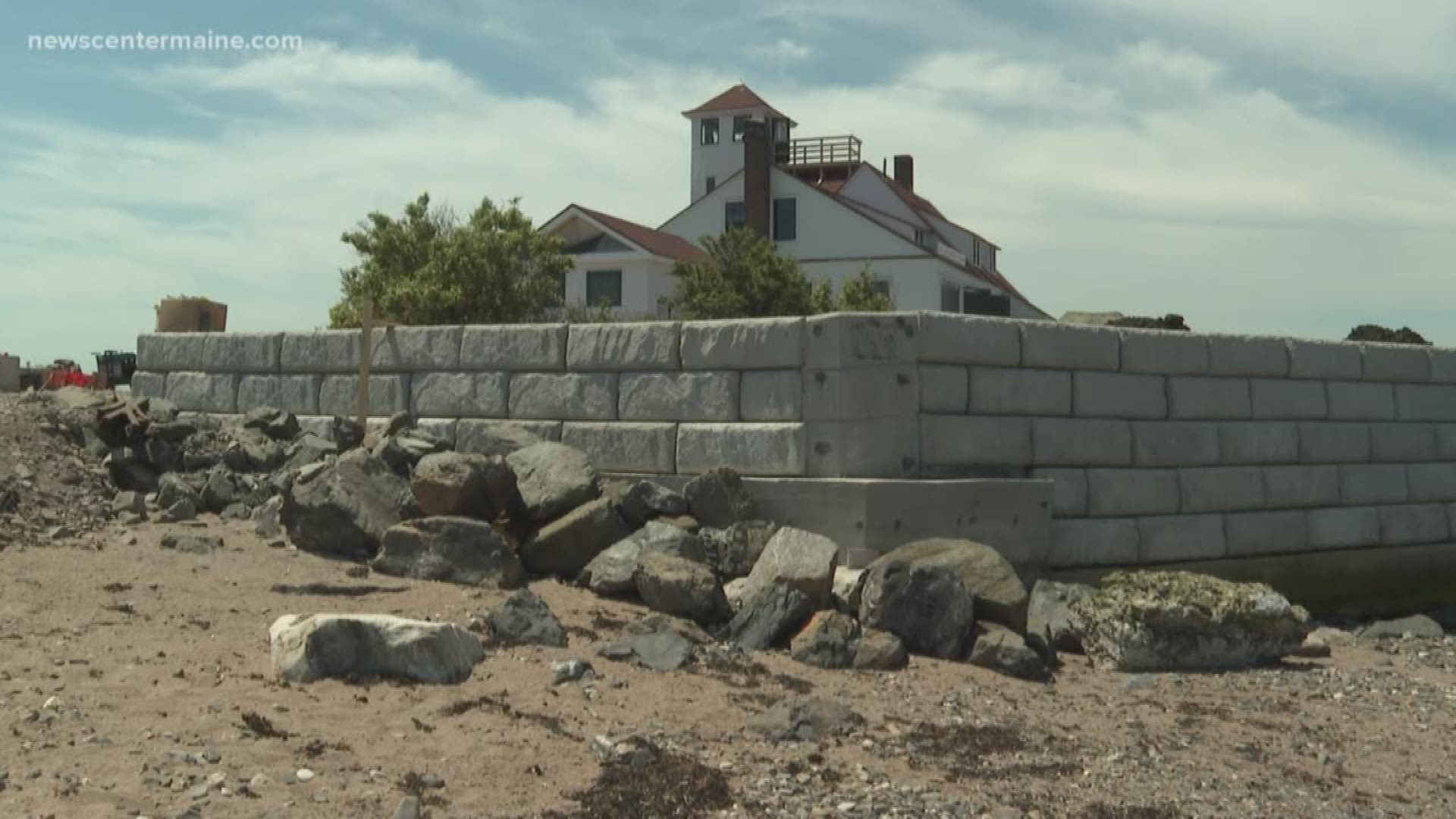 KITTERY, Maine — Sitting at the entrance of the Piscataqua River is an old rescue station. Between 1908-1948 men housed inside were the first to respond to ships in distress during a maritime disaster.

A $4 million project is underway to restore the building and island to its former glory. When it is completed, it will become the 4th of its kind on the National Register of Historic Places.

Over seventy years since the surfman braved cold winter conditions to row out to sea, a different rescue mission is in progress.

The Maine Army National Guard is using the restoration of the building, and constructing a protective seawall, as training for wartime missions.

“What we are really hoping for is excellent training for the troops,” said Sam Reid, the president of the Wood Island Life Saving Association. “These men and women need to be prepared. They need to be ready. It’s in their budget and they need to be training on all this equipment.”

The 136th Engineering Company has been camped out for two weeks, donating time back to the community while fulfilling required federal and state training.

The project was observed on Monday by Maine’s second-in-command, Assistant Adjutant General Donald Lagace. It was the General's first visit to Wood Island, where he told soldiers this is the guard's "best-kept secret."

"Working within the communities, having a show of force and representing the Maine Army National Guard, it’s what we’ve been doing for hundreds of years,” said Lagace. "Talking to some of our soldiers, some who are college kids, some who are working in the workforce in Maine, and seeing them do that role as both citizen soldier and what they do in the communities... while preparing for their federal missions as well as a mission we might potentially have in the state."

A permanent pier for ferries will be built so visitors can tour the island and future maritime museum. The Wood Island Life Saving Association expects the public to see the breathtaking views by the end of summer 2020.