The Maine Department of Corrections will review the incidents after a complaint from the National Alliance on Mental Illness of Maine. 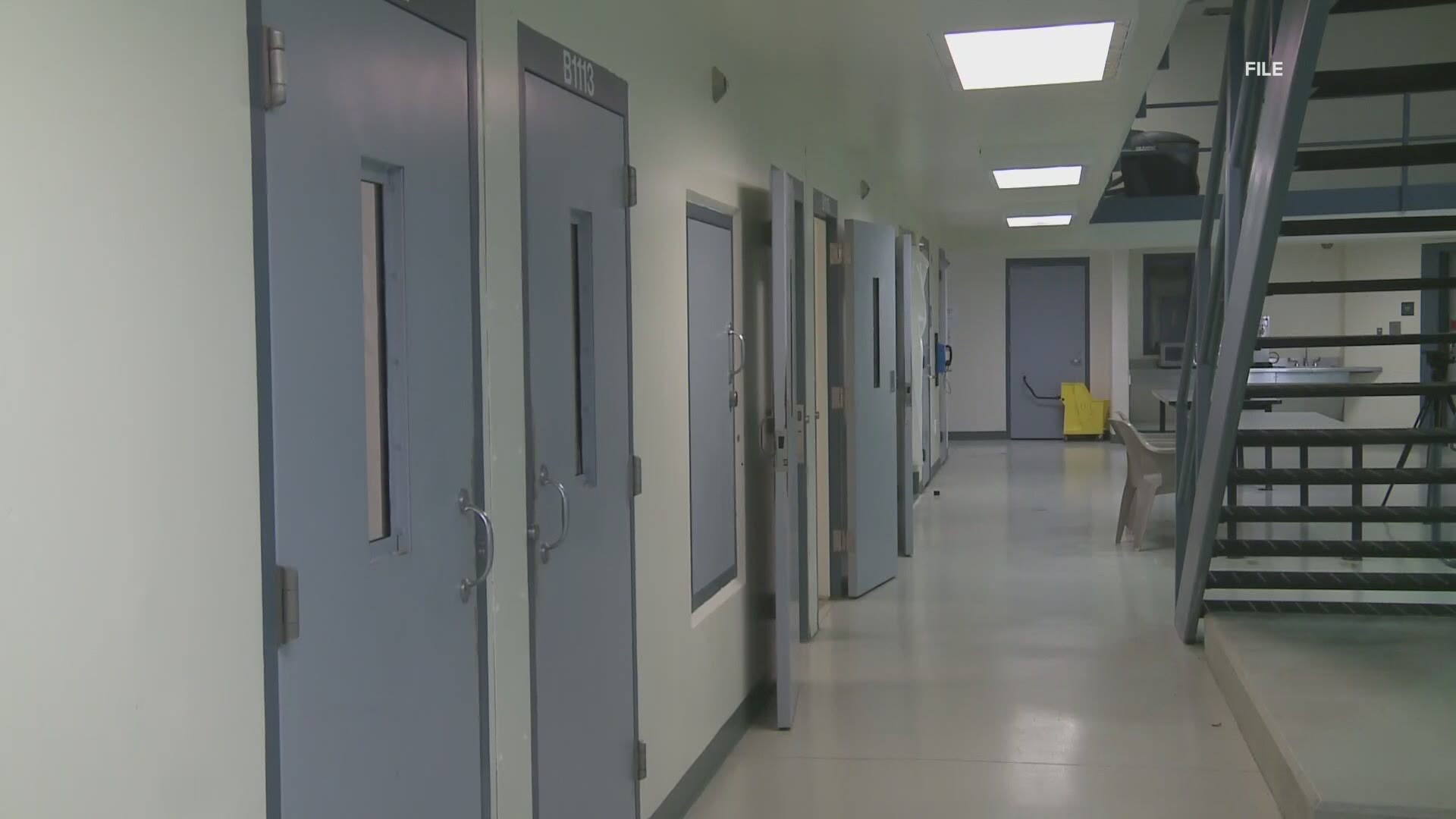 AUGUSTA, Maine — The state of Maine is reviewing whether Cumberland County Jail corrections officers used excessive force last year when they pepper sprayed two mentally ill inmates who were in the midst of a psychotic episode.

One of the incidents involved using pepper spray on an inmate at the Cumberland County Jail in order to handcuff him. The pepper spray reportedly was not properly washed off the inmate’s face before being transported to a psychiatric hospital in Augusta.

Maine Department of Health and Human Services (DHHS) spokesperson Jackie Farwell said in a statement to the Portland Press Herald that, “the patient displayed a concerning physical reaction consistent with having been pepper sprayed.”

Farwell also said staff at Riverview immediately provided care and took the patient to the hospital to be treated.

“(Riverview) Superintendent Rodney Bouffard promptly contacted Sheriff Kevin Joyce after the patient was admitted to express his concerns about the patient’s condition, including that the patient did not appear to have been appropriately cared for by jail staff following the apparent use of pepper spray.”

The Maine Department of Corrections will review the incidents after a complaint from the National Alliance on Mental Illness of Maine (NAMI), an advocacy group for people with mental illness.

NAMI of Maine Chief Executive Officer Jenna Mehnert said she attempted to resolve the issue internally, which is always the group’s “overwhelming preference,” after the 2019 incident was brought to their attention. But after NAMI’s several attempts to engage in dialog weren’t successful, the issues were formally brought to light more than a year after the incident.

Mehnert said she and NAMI felt that “morally and ethically” the incident wasn’t something NAMI was okay with.

The staff of the Riverview Psychiatric Center said the pepper spray hadn’t been properly washed off before the hour-long drive from the jail in Portland. State and federal regulations say that once an inmate is restrained, they must be medically treated for whatever excessive force is used.

Mehnert said the incident raises two concerns: That the Department of Corrections’ own regulations weren’t followed and whether excessive force such as pepper spray should even be used on those who are mentally incapacitated.

The letter to Department of Corrections Commissioner Randall Liberty, dated June 10, asked that the corrections department investigate the February 2019 incident to look into whether the “state and federal law, state regulations and the county’s own policies” were followed.

Joyce said, “The protocols were followed,” Joyce said. “You can’t expect the jail to be a mental health hospital. We are not trained for that.”

According to Farwell there was reportedly a second incident involving pepper spray and a different patient but the staff didn’t witness the incident or its immediate effects.

Anna Black, the Director of Government Affairs for the Maine Department of Corrections, told NEWS CENTER Maine the investigation is in progress and that all applicable material has been requested from the Cumberland County Jail "in order to determine if [the Cumberland County Jail] acted in compliance with the appropriate standards within the Detention and Correctional Standards for Maine Counties and Municipalities."

"The DOC plans to prioritize Ms. Mehnert’s request for an assessment as soon as all information has been provided by [the Cumberland County Jail]," Black said.

RELATED: VERIFY: Some rubber bullets have metal inside, are classified 'less lethal'