Democrats passed an $8.3 billion "Back to Basics" budget without any Republican votes 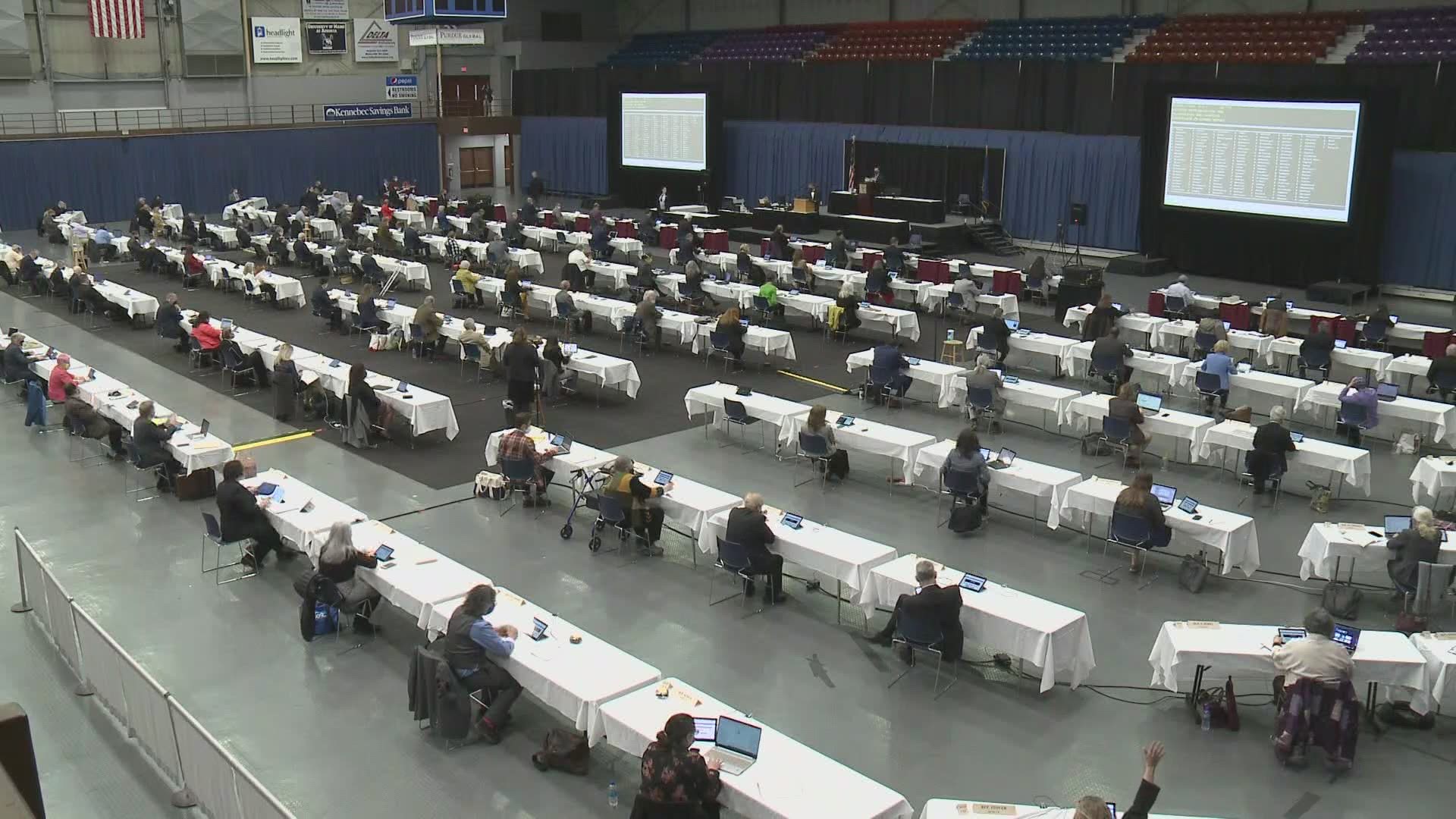 That goal was accomplished Tuesday as the majority Democrats pushed through a new state budget more than two months ahead of the usual schedule. However, that budget, and the approach taken to pass it, angered Republicans, none of whom voted for the package.

Democrats are calling the $8.3 billion plan, which has been sent to the governor for her signature, a “Back to Basics” budget, saying it essentially maintains Maine’s current budget, which they point out was passed in 2019 with many GOP votes.

Rep. Teresa Pierce (D-Falmouth), House Chairwoman of the Appropriations Committee, said it was a priority for Democrats to ensure government, business, and schools, in particular, encounter no problems with state funding as they work to overcome the pandemic.

“I think it’s a victory for the people of Maine,” Pierce said. “I think we’re giving them clarity and certainty in a very uncertain time. That was our intent all along.”

The Back-to-Basics Budget isn't about politics; it's about good government. #mepolitics pic.twitter.com/t2JJFHvPP1

The budget maintains current spending for state programs and services for the next two years, as well as funding for schools, municipal revenue sharing, and many other items.

However, Republicans complain this budget was passed without any of the normal input from Legislative committees and without a chance for the GOP to have any say on spending or policies that go with it.

Leading GOP budget expert Rep. Sawin Millet (R-Waterford) argued the new budget is still an increase over the one they voted for in 2019.

"I think there is a misunderstanding that this is a replica of the budget passed two years ago by two-thirds,” Millet said. “Nothing could be further from the truth.”

He said it is larger by several hundred million dollars, much of that representing contracted wage increases and other adjustments over the past two years.

Republicans also contend the House and Senate violated their own rules by moving ahead with the budget before Legislative committees have reported back on what priorities they want in the plan.

Tuesday’s vote was not just about a budget. It was also about timing.

The normal budget vote in late June—after lengthy negotiations—requires a two-thirds majority in order to take effect for the new fiscal year, which starts July 1. That two-thirds requirement can only happen with Republican votes, which gives the party leverage in the budget process.

The budget approved Tuesday was almost along party lines and passed on a majority vote. Because bills passed by a simple majority take effect 90 days after adjournment, Legislative leaders formally adjourned the session Tuesday to begin that 90-day clock. That timeline is the reason Democratic leaders chose to have the session and vote take place before April 1.

When the Legislature adjourned Tuesday evening, they agreed to return for a special session April 28 to consider a number of bills currently being worked on.

In a statement Tuesday evening, Mills said she believes the budget "was deserving of strong bipartisan support."

"While I am disappointed our Republican colleagues did not support it, passing and enacting this budget now provides much-needed stability and ensures continuity of services during this ongoing pandemic. I will sign it when it reaches my desk," she said.

“I believe this budget – which maintains current services and invests in public education and property tax relief without any added bells or whistles – was deserving of strong bipartisan support. While I am disappointed our Republican colleagues did not support it, passing and enacting this budget now provides much-needed stability and ensures continuity of services during this ongoing pandemic. I will sign it when it reaches my desk.

This will not be the end of budget discussions for this biennium. There is much more work to be done. In the coming weeks, the non-partisan Revenue Forecasting Committee will meet to provide an updated projection of Maine’s revenues, and my Administration is expecting to receive guidance from the Federal government about the allowable uses of Federal funding under the American Rescue Plan Act.

With this information in hand, my Administration will propose a supplemental budget – effectively part two of the biennial budget – for the Legislature’s consideration. Republicans, Democrats, and Independents alike will have ample opportunity to consider the most recent revenue projections and the impact of unallocated Federal funds and adjust the State’s biennial budget accordingly. I hope, and fully expect, this important work can and will proceed in a bipartisan manner. To that end, if the Legislature does not call themselves back into session, I will call them back on April 28, 2021.”