With little information verified, both sides hurl accusations of harassment and interference on a wind turbine project. 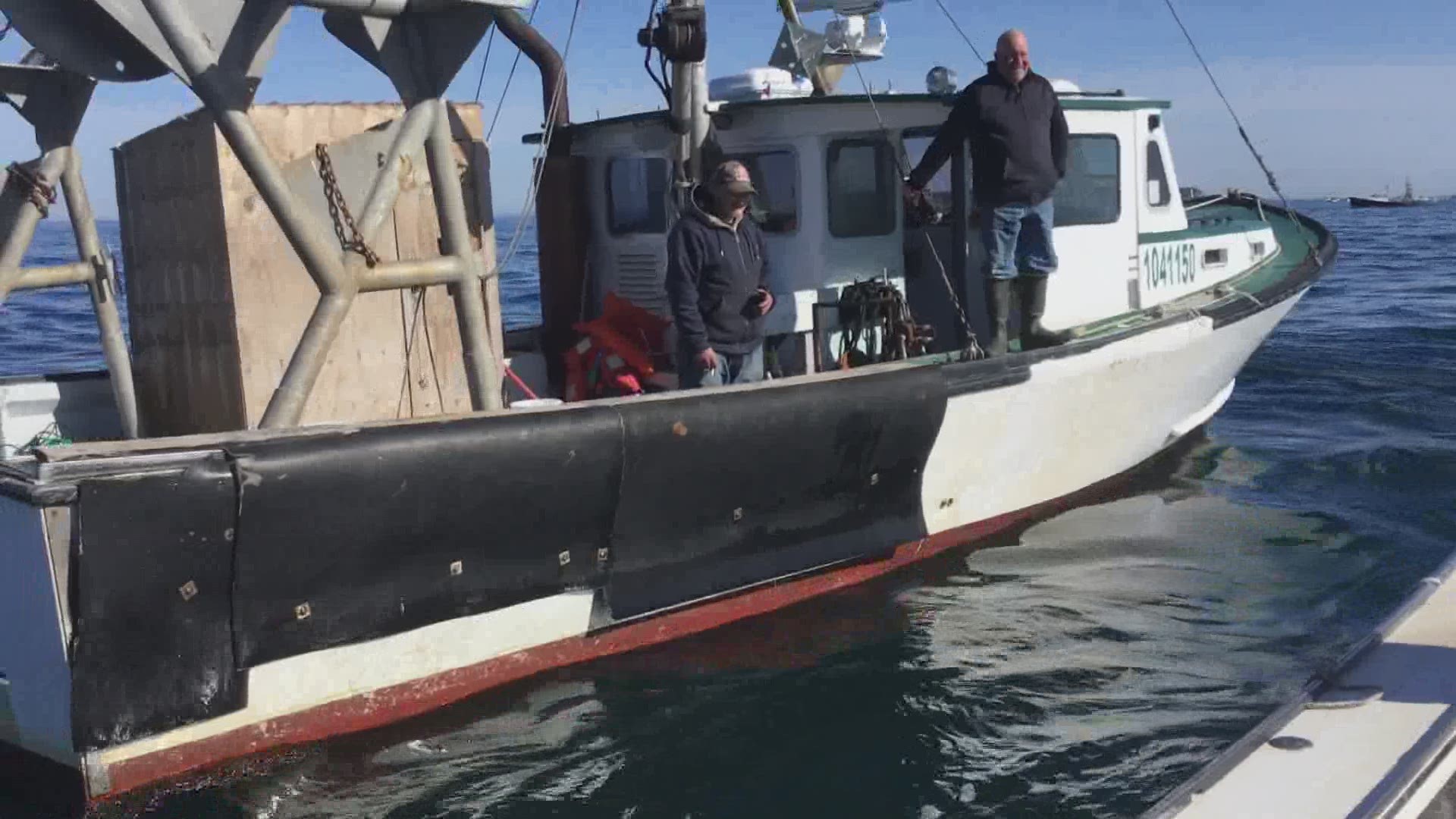 A day after commercial fishermen held a peaceful on-the-water rally to protest plans to develop offshore wind turbines in the Gulf of Maine, there was friction on the water over the issue.

On Sunday, about 80 fishing boats gathered off Monhegan Island, near the site of a proposed floating wind turbine. New England Aqua Ventus plans to build the turbine, and run an underwater cable to the mainland to deliver the power.

The survey vessel Go Liberty is mapping a route for the underwater cable from Monhegan to the Damariscotta River. Local lobstermen said they don’t want the cable.

Fisherman Gerry Cushman, who has been a leader of the wind debate, told NEWS CENTER Maine the lobstermen were not harassing the ship, but instead were trying to move their traps out of the way of the survey ship, so it wouldn’t tear them up.

But Wilby said the fishermen were putting more traps into the water, allegedly to interfere with the survey.

Jeff Nichols, spokesman for the Maine Marine Patrol, said they were called in, but as of 6:15 p.m. Monday will only say it's “still assessing the situation.”