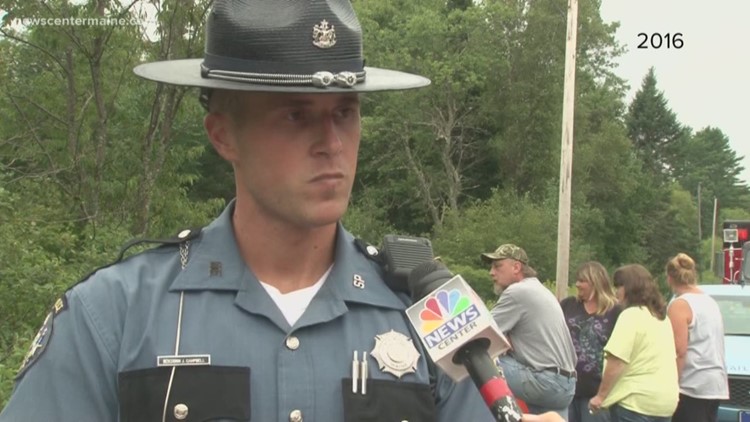 State Police release name of driver that Det. Campbell assisted before he was killed

AUGUSTA, Maine — State Police say the driver of the car who spun out on Interstate 95 last Wednesday morning in Hampden is 26-year-old Robert John Anthony of Clifton.

Anthony was the driver that State Police Detective Ben Campbell was assisting when he was fatally struck by a tractor trailer tire.

Campbell's funeral will take place Tuesday morning at the Cross Arena in Portland.

As of Sunday evening, representatives from eighteen other State Police and Highway Patrol agencies plan to attend the funeral, along with the Royal Canadian Mounted Police.