Search for Brian Laundrie at Carlton Reserve enters third week. Has it run its course?

Despite a lull in activity at the reserve Friday, authorities say they are continuing to search for Laundrie. 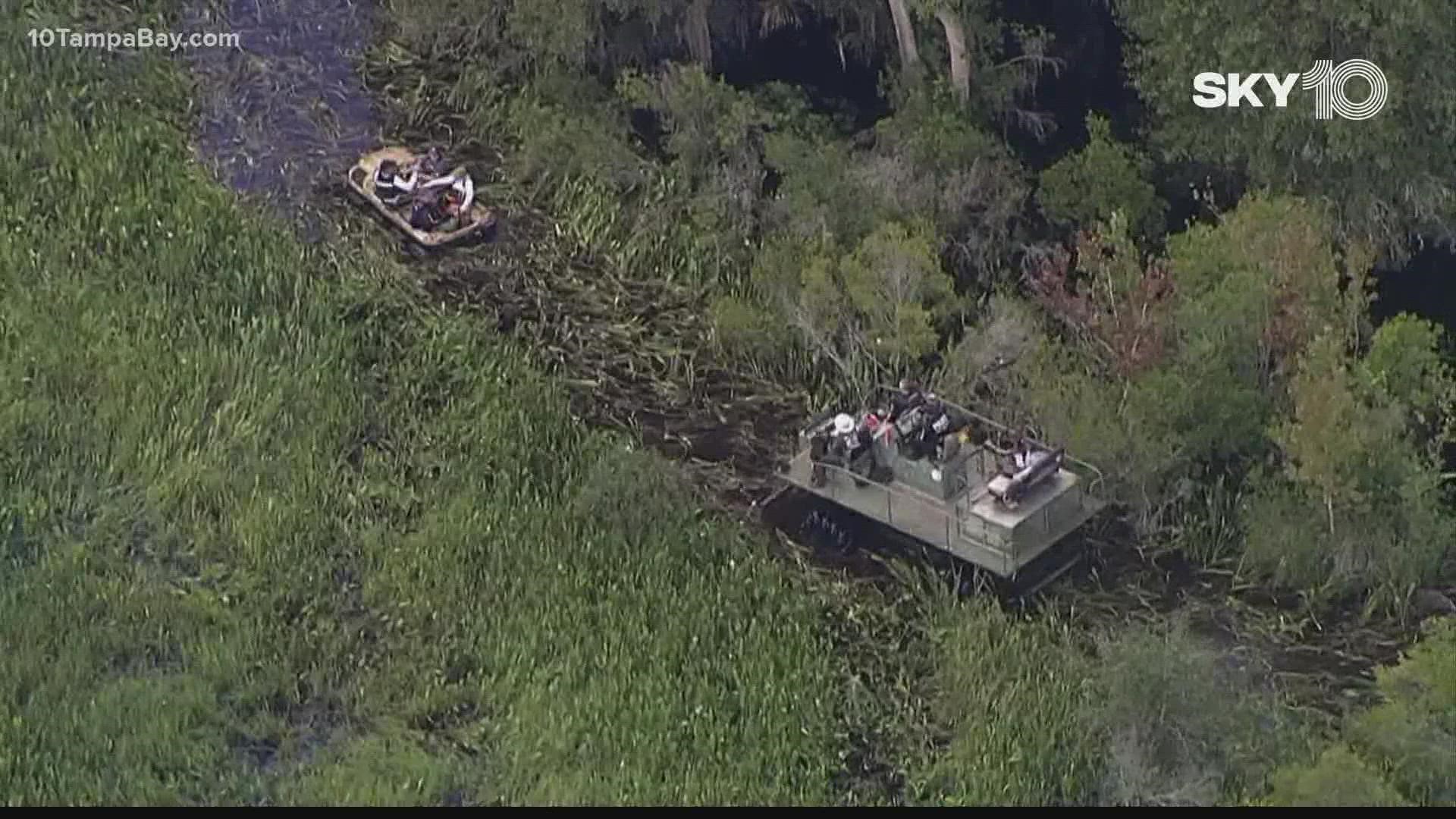 NORTH PORT, Fla. — The search for Brian Laundrie at the "unforgiving" Carlton Reserve is still at the center of the Gabby Petito case.

During the last three weeks, authorities have been searching for the 23-year-old inside the 25,000-acre wilderness. They have approached from different angles of the park including from North Port, Myakkahatchee Creek Park and Venice.

According to the family, Laundrie went hiking at the reserve on Sept. 13 and hasn't been seen since. It's a change to the initial timeline Laundrie's parents provided to police at the beginning of the investigation.

According to Bertolino, the reserve has been closed to the public which prevented Chris from assisting previously. Laundrie's father assisted investigators with the search on Thursday but they made no new discoveries.

RELATED: Where is Brian Laundrie? People's reported sightings span across the southeast

After spending days using various equipment, technology, teams and K-9s to try to locate Laundrie, efforts appear to have been "scaled back."

Law enforcement has not indicated they would call off the search. A veteran law enforcement officer, though, says the question is looming.

"It's coming up more and more and has been on my mind. How long can they sustain this? This is a labor-intensive, money-intensive operation, it doesn't get easier as it goes along. The bottom line is that at some point somebody will have to make a decision and say we've done everything that we can do in this case," said Jesse Parks, former detective with Hillsborough County Sheriff's Office.

While a federal arrest warrant has been issued for Laundrie over the unlawful use of a debit card, experts maintain that there are still several unanswered legal questions when it comes to the Petito case at this stage.

The FBI said because this is still an active investigation it would not provide any comments on the case for the time being.

"We do not provide specifics about the focus or scope of investigation, or where investigators are located," one statement sent to 10 Tampa Bay reads.

Despite a lull in activity at the reserve Friday, authorities say they are continuing to search for Laundrie.

Bertolino said in a statement Thursday that the Carlton Reserve's conditions have improved as high waters witnessed over the past few weeks have receded. This would make it easier for authorities to access parts of the reserve they had been unable to reach in their search for Laundrie.