He has been missing for days after returning from a cross-country road trip without his fiancée, Gabby Petito. 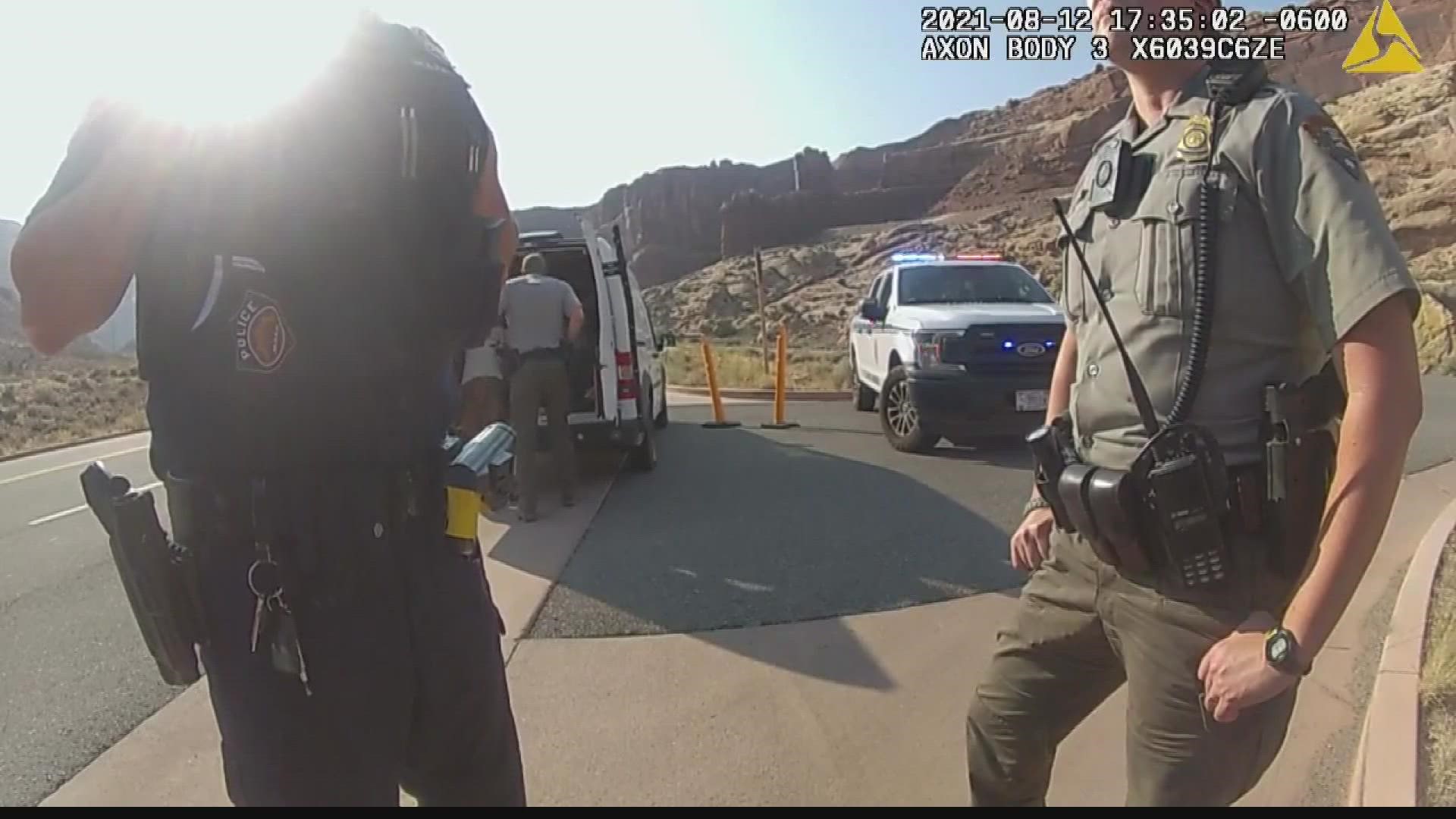 UPDATE (Sept. 21, 2021): The Teton County Coroner's Office did a forensic examination on Tuesday and determined the body found in Wyoming belonged to Gabby Petito. Her death has been ruled a homicide. Click here for the latest updates.

Investigators carried out a search warrant Monday at the home of Brian Laundrie as work continues to figure out where he may be located.

Laundrie has been missing for days since he returned home from a cross-country road trip without his fiancée, Gabby Petito. Authorities on Sunday confirmed a body found in the section of Wyoming's Bridger-Teton National Forest matches the description of the 22-year-old missing woman.

An autopsy will be conducted Tuesday.

Laundrie is considered a person of interest in the case.

The FBI tweeted it executed a court-authorized search warrant at the Laundrie home that is related to the Petito investigation. Crime scene tape was spotted going up on the property.

"No further details can be provided since this is an active and ongoing investigation," it reads further.

#UPDATE: The #FBI is executing a court-authorized search warrant today at the Laundrie residence in North Port, FL relevant to the Gabrielle “Gabby” Petito investigation. No further details can be provided since this is an active and ongoing investigation. @FBIDenver pic.twitter.com/uxrtVNIZ4u

Laundrie's lawyer, Steven Bertolino, told 10 Tampa Bay he has no response to the morning's activity. As law enforcement and the Petito and Schmidt families await answers, Bertolino canceled a news conference originally set for 1 p.m. on Tuesday, Sept. 21, in New York.

Hours after arriving at the home, law enforcement towed Laundrie's silver Ford Mustang from the driveway.

Shortly before 6:30 p.m., the FBI announced it had concluded the search of the Laundrie home in North Port but declined to provide further details.

I’m on the scene on the Laundrie home now. Appears a tow truck is pulling up. @10TampaBay pic.twitter.com/UmEOyE1147

Farther north, in Alabama, police said they were investigating unconfirmed reports of Laundrie being in the area. Mobile police say a body was found near a dumpster but later confirmed it was not related to the Petito case.

The North Port Police Department said earlier Monday that it will not conduct a "major search" for Laundrie in the nearby Carlton Reserve where it was believed he had last been.

Laundrie’s lawyer last week said Laundrie's whereabouts were "currently unknown." He proceeded to add that Laundrie was last seen by his parents the morning of Tuesday, Sept. 14.

The North Port Police Department said the attorney for the Laundrie family called FBI investigators Friday night to speak about their son's disappearance.

Search efforts for Laundrie began Saturday in the vast Carlton Reserve, the North Port Police Department reported. His family told authorities they believed he entered the area earlier that week. This area covers more than 80 miles of hiking trails.

Nothing turned up over the weekend, and police on Monday confirmed they were ending "a major search" there given they "have exhausted all avenues in searching the grounds."

Sunday evening when the family's lawyer canceled the New York news conference, Bertolino said it was "just not in my clients' best interest."