Governor Paul LePage says he will send the Maine National Guard to the U.S.-Mexico border if asked by the Trump administration. 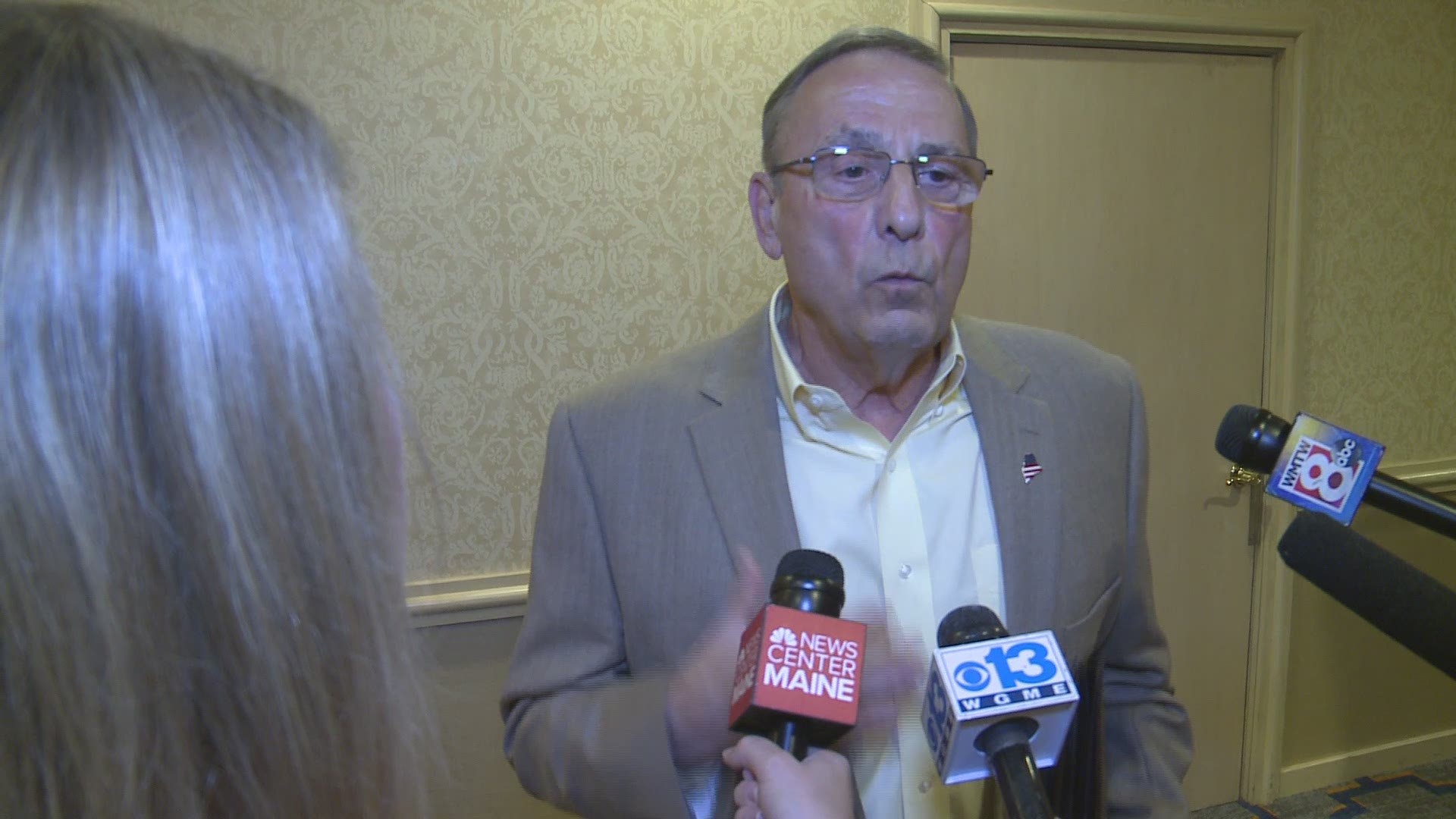 AUGUSTA (NEWS CENTER Maine) — Governor Paul LePage says he will send the Maine National Guard to the U.S.-Mexico border if asked by the Trump administration.

Governor LePage made the comments during an interview with NEWS CENTER Maine's Katie Bavoso on Wednesday morning after speaking at his last Portland Regional Chamber of Commerce Eggs and Issues breakfast as Maine's governor at the Holiday Inn by the Bay in Portland.

The Maine governor shared a personal story about how he brought a young man from Jamaica to the United States and put him through school, but it took him 11 years to get him a green card.

"Why?" said Governor LePage. "Because there's so many illegals."

He continued saying, "Why don't we just- either one, fix the law? Or two, for every person that comes in illegal, why don't we let someone who has been waiting in line, doing it legally, into the country?"

When asked about the current practice of separating children and parents and detaining them at the border, LePage said he thinks there "is a lot of politics going on down on the border right now" and, “This thing about separating children from their parents, that's not what's happening. The problem with American law is that you can put people in detention- you can put parents, but you can't put children in detention. So, that's where the separation is; the kids go one place, the parents go another. But the parents have a right to take their children and go back home. There's no reason they can't go back home. Nobody is stopping them... If they want to go back home, and apply and do it legally they're welcome to do that,” LePage said.

The Republican Governor said among the reasons he would send National Guard troops to the southwest border is to help allow immigrants to come to America legally.

After Republican Governor Charlie Baker from Massachusetts announced Monday that he would not send National Guard Troops to the border, citing "cruel and inhumane" actions of the Trump administration for separating families that cross into the U.S. illegally, other governors followed suit.

Governors from Rhode Island and Maryland joined Governor Baker, and all refuse to send troops to the border.

Democrats have turned up the pressure over the policy, and some Republicans like Gov. Baker, Sen. Susan Collins, and Rep. Bruce Poliquin have now joined the chorus of criticism.

Former First Lady Laura Bush has called the policy "cruel" and "immoral," while Sen. Susan Collins expressed concern about it, and a former adviser to Trump questioned using the policy to pressure Democrats on immigration legislation.

Collins joined a group of 13 senators who sent a letter to Attorney General Jeff Sessions demanding a halt to the separation of families as a practice until Congress can pass it as law.