Breaking News
More () »
At The Border

How the continuing immigration crisis affects all of Texas 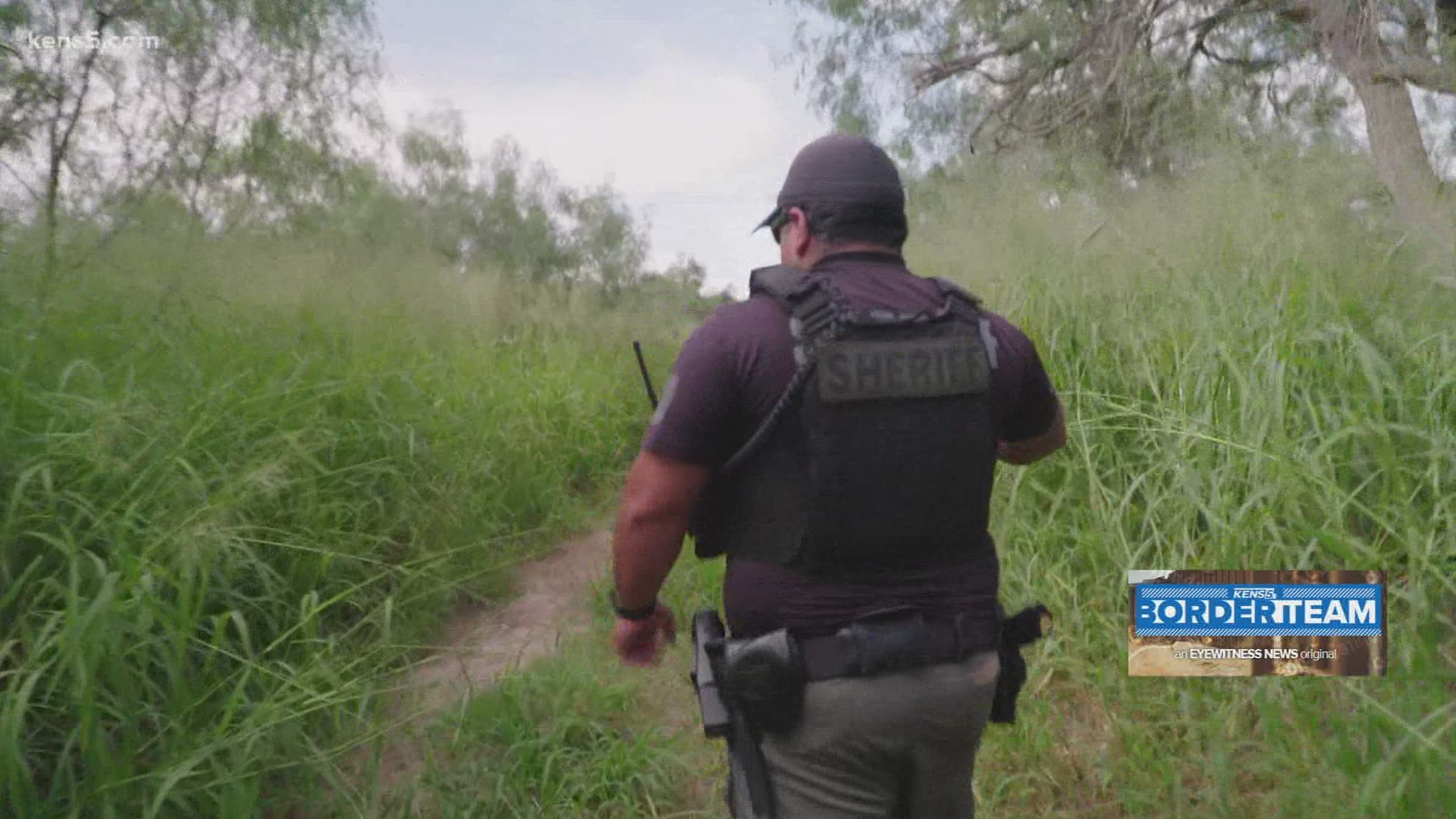 BROOKS COUNTY, Texas — What’s happening along the Texas-Mexico border doesn’t only affect the counties right next to Mexico; the ripple effects extend many miles inland.

You’ve heard about stash houses as far as Houston. Brooks County, Texas is just 80 miles away from the border. The sheriff’s office here sees migrant traffic on a regular basis, according to Sheriff Urbino “Benny” Martinez.

Sheriff Martinez allowed the KENS 5 crew to follow one of his deputies for a shift the first week of June to see what the department experiences.

An assignment like this is a gamble. You may end up with only a few traffic stops and maybe a call for assistance. And that’s how KENS 5 spent most of the day, following Deputy Raul Narvaez.

“I am the sole deputy right now,” Deputy Narvaez told KENS 5 early on during his day shift.

As the day went on and a few routine calls later, toward the end of his time on the road, Narvaez got a trespassing call. When the KENS 5 team followed him there, Narvaez wasn’t sure what he was going to find.

The man who made the call told the deputy he noticed footprints and called them in.

“A concerned citizen who wanted to report some possible trespassing on his property,” Narvaez said. “He observed some footprints in the dirt, didn't know if it's somebody may be trying to, you know, burglarize his residence or it could be, you know, us pass or Border Patrol or illegals.”

Narvaez told KENS 5 he noticed a path through the brush and grass laid down.

“As I got closer, I saw one individual laying down, detained him, and then I saw another one just maybe about 10 feet away,” he said.

KENS 5 watched Narvaez bring out two migrants from the brush. One of them identified himself to KENS 5 as Kevin and agreed to talk to us if we didn’t show his face.

“If I could show you my blisters, you wouldn’t believe me,” he said in Spanish.

Kevin said he was from El Salvador. He said this was his second attempt to get into the U.S. His final destination was Houston.

KENS 5 asked him how much he paid to get into the country.

Kevin and his companion, who told the deputy he was from Mexico, will become part of Customs and Border Protection statistics for June. CBP numbers for migrant encounters in June aren’t available as of this writing.

But here’s the big picture: according to CBP, the agency’s Rio Grande Sector encountered 271,927 migrants between October of 2020 and May of 2021. This includes single adults, families and unaccompanied minors.

During the same time period last fiscal year, CBP encountered 53,669 migrants. According to CBP, this is a 400% increase in encounters.

Border Patrol picked up Kevin and the second man found in the brush in Brooks County.

“They weren't happy about being caught,” Narvaez said. “They knew they were gotten and they were just going to cooperate.”

And while getting caught is obviously not what the men wanted, they survived the trip, when law enforcement says so many others don’t.