The air samples collected will be reviewed by the state’s toxicologist to determine potential health concerns. 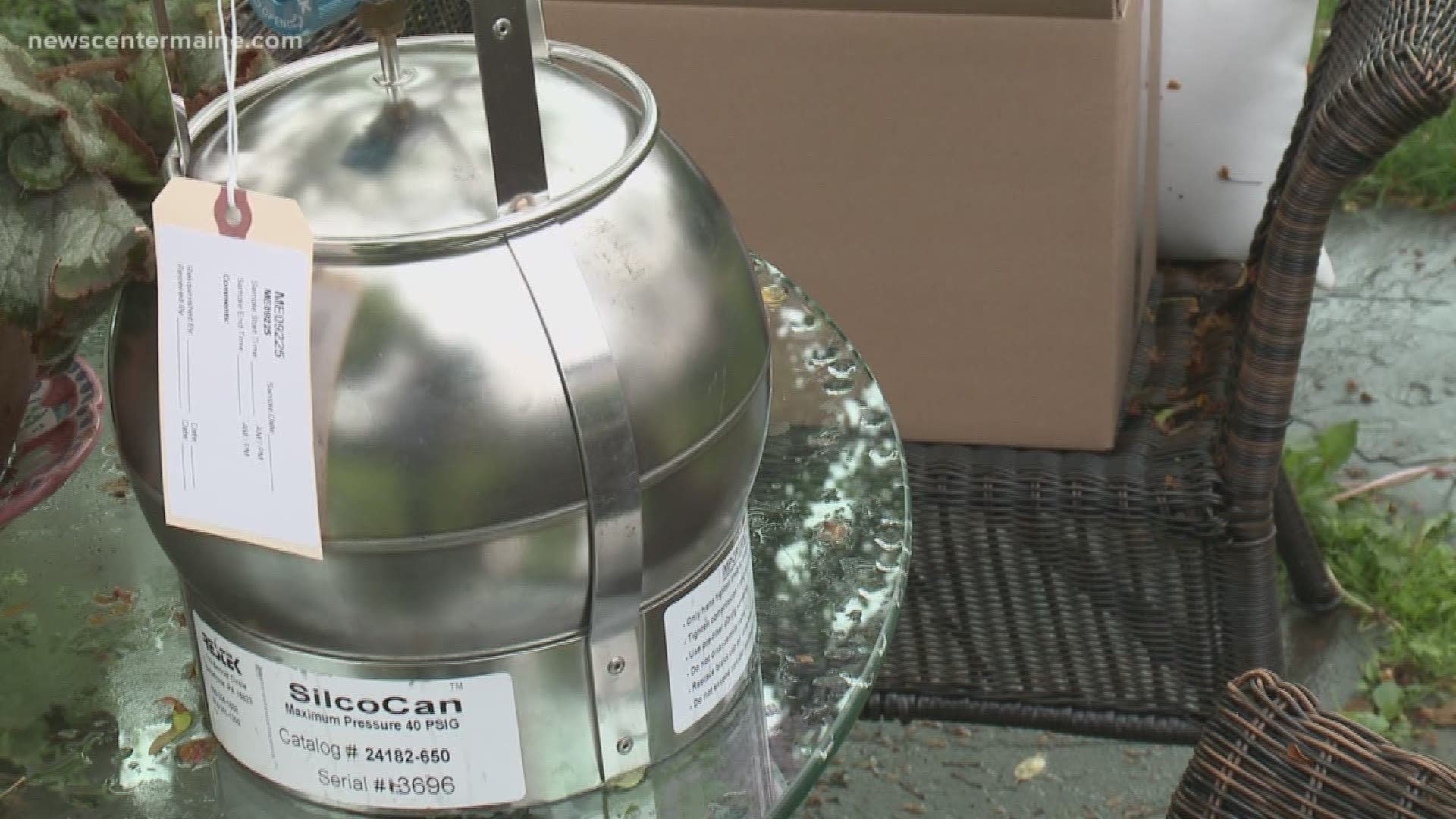 SOUTH PORTLAND, Maine — “I love being a citizen scientist.”

Eva Goetz will use an air collection canister to get an air sample next time she smells the odor from nearby industrial emissions. It’s part of a new air monitoring program the city of South Portland and Maine Department of Environmental Protection rolled out this week.

"I just think as citizens here in South Portland it's important that we do this kind of testing and I'm so happy that it's finally happening," said Goetz. "I think it's so sad that we have to fight for clean air."

Starting this week, the DEP will find locations for six air quality monitoring devices across the city and those devices will sample air quality for a 24-hour period at least once a week. Those samples, collected over the next several months, will be analyzed by the DEP at its air lab in Augusta. As of Tuesday, the DEP had not selected those specific sites yet.

According to the city of South Portland, the samples will be tested for more than 50 types of Hazardous Air Pollutants. The DEP regulates how many of these pollutants can be emitted into the air by businesses each year.

For those who wish to obtain an air collection canister, they are asked to call the city manager's office at 767-7606. The DEP will be delivering five new canisters to the city each week.

The samples collected by residents and at the fixed locations over the next several months will be reviewed by the state's toxicologist to help determine potential health concerns.

The findings will be presented at a city council workshop on August 20.

This air monitoring program comes on the heels of a couple of new air quality testing bills introduced by Maine lawmakers last month. One would require the Maine DEP to alert municipalities about any emissions violations. The other would require an independent, third party to conduct emissions tests.

The proposed legislation was introduced after the city of South Portland learned in March that Global Partners LP, a petroleum storage company, had been violating its emissions limits and the Environmental Protection Agency knew about it since 2014.

According to the EPA, Global Partners LP agreed to pay fines and upgrades its storage facility for violating the Clean Air Act for more than a decade.