While the Gulf of Maine is warming, the increased presence of white sharks is largely due to marine conservation efforts, especially of seals. 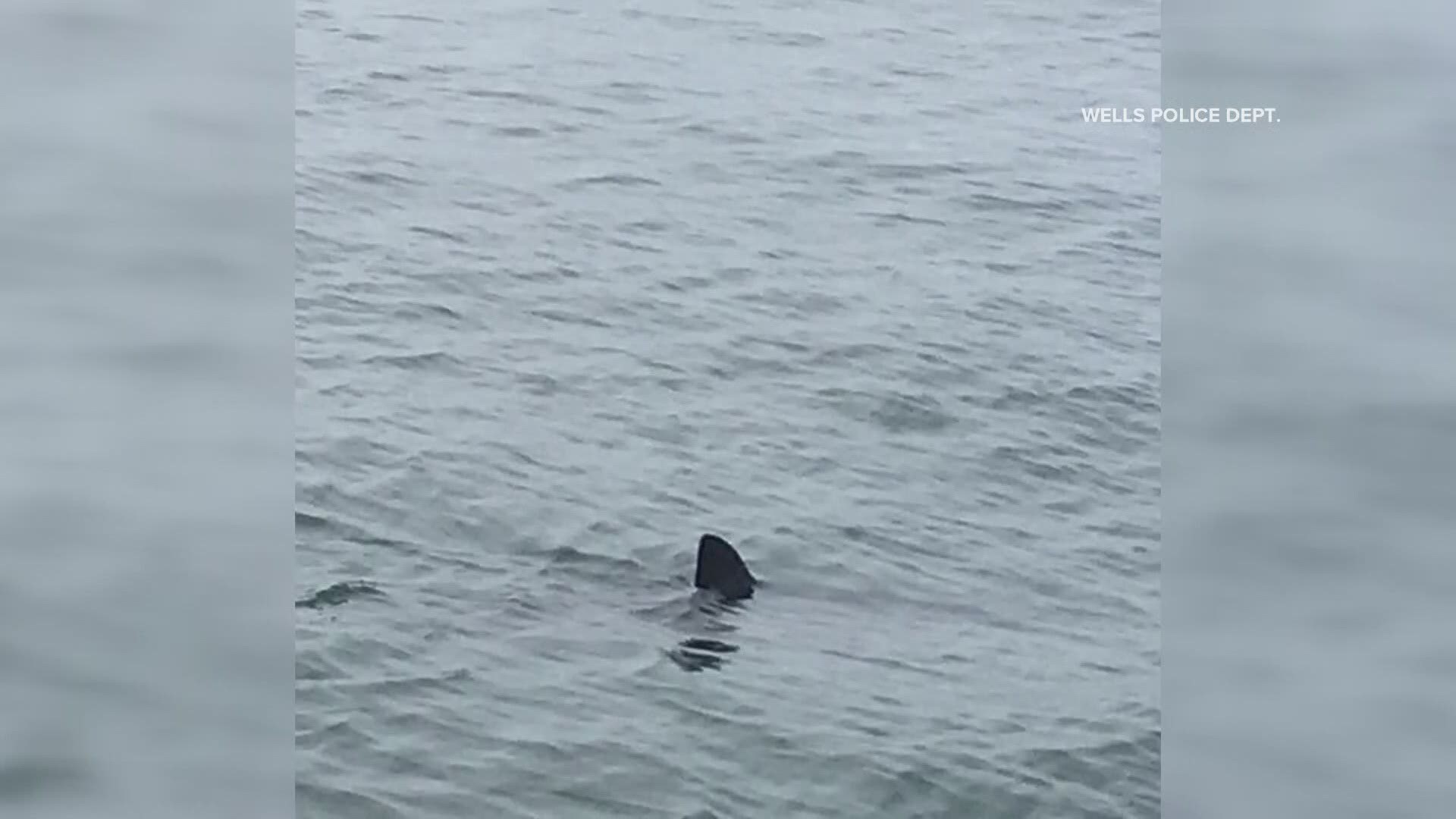 MAINE, USA — Shark sightings in the Gulf of Maine are always alarming, but in the last three weeks, since Maine's first deadly attack in history, sightings have had some beach-goers on edge.

There have been six confirmed white shark sightings off our coast since late July.

There's a great way to keep track of them in real-time, through the Atlantic White Shark Conservancy's "Sharktivity" app or website. The app sightings are reported by researchers, safety officials, and users that upload photos for confirmation. It's a collaboration that started on Cape Cod, Massachusetts, between the Massachusetts Division of Marine Fisheries, the Cape Cod National Seashore, and officials from communities interested in raising awareness of the presence of white sharks off the New England coast.

The first confirmed white shark sighting was back on Sunday, July 26, when a shark killed a seal, which washed up on Thrumcap Island, off South Bristol.

The very next day, the first human shark attack in Maine history occurred near Bailey Island.

In the days since, four additional white shark sightings have been confirmed, and there have been several unconfirmed ones, which could have been other species of sharks.

RELATED: Nearly 300 sharks have been spotted off New England this summer

The most recent confirmed sighting of a great white was off Wells Harbor, last Thursday.

White sharks have always inhabited the waters in the Gulf of Maine; they are not new. But their sightings do appear to be more frequent.

While the Gulf of Maine is warming, and the presence of sharks is more common as the water warms through the summer, the increase is largely due to marine conservation efforts, especially of seals.

Populations of white sharks and seals are recovering after dramatically declining decades ago, representing a conservation and management success story.

You can learn more about the research into sharks and marine mammal life in the Gulf of Maine through this resource from the University of New Hampshire.

There have been six confirmed white shark sightings in #Maine this summer, sadly including the first deadly attack in history. I'll look at what's driving #sharks north... and how you can track them using @Sharktivity on @newscentermaine at 5:30 and 6:30. #wakeMEup 🌊🦈 pic.twitter.com/gOI2xGM4og